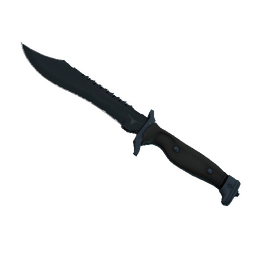 The world's best team's dominance continues as they have clinched their third consecutive title in less than a month.

Gambit have become the BLAST Premier Spring Final champions following a 2-0 victory in a rematch against Natus Vincere in the tournament's title decider. The Russian-Kazakh side has secured the $225,000 grand prize as well as a spot at the $1 million World Final, which will take place in December.

The CIS squad's consistency has been unmatched this year so far, as the BLAST Spring victory brings Gambit's big title count to three in 2021, more than any other team. Dmitry "⁠sh1ro⁠" Sokolov & co. secured their first big-event trophy at IEM Katowice in February and the second only a week ago at IEM Summer, all the while appearing in two more big finals and picking up a smaller title at the EPIC League CIS RMR event.

The team will remain just as busy until the beginning of the player break, as they will look to extend their run of success at the last two tournaments of the first half of the season, at the StarLadder CIS RMR (June 27-July 4) and at IEM Cologne (July 8-18). Gambit extend their dominant run with the third consecutive title

NAVI had been the only team to take a map off Gambit at the BLAST Premier Spring Final prior to the title decider, but they couldn't bring their regional rivals to the deciding map the second time around, with Vladislav "⁠nafany⁠" Gorshkov's team maintaining control for the majority of the title decider.

Dust2 was the playground on the opener of the grand final series. NAVI picked the map after having played it in every series of the tournament with varying levels of success, and they fell short to Gambit once more after the previous encounter between the two saw the nafany-led side pick up a 16-14 victory.

This time the world's No. 1 team came out victorious 16-12, much thanks to a dominant run at the beginning of the first half on the offense, which saw them secure an 8-2 lead before NAVI could find some footing. Aleksandr "⁠s1mple⁠" Kostyliev & co. slowly climbed back after the slow start, with a forcebuy victory in the second half and a combination of Ilya "⁠Perfecto⁠" Zalutskiy and Valeriy "⁠B1T⁠" Vakhovskiy in a 2v5 situation helping them close the gap, but eventually faltered to Gambit's double-AWP setup.

NAVI hoped to turn things around on Mirage with a promising start on the CT side, but everything seemed to fall apart for them after they conceded the fourth round to just pistols. Gambit seized control of the map from that point on, and although a few risky plays and a 1v2 clutch from s1mple prevented the favorites from running away with the first half, sh1ro's side were back in the driving seat once sides switched as they rallied to a 16-11 victory. Anarchybr
1. Making NAVI (or any team) to play 2 bo3 in the same day which it happens to be the GRAND FINAL day is bullshit, they were visibly more tired / stressed than Gambit players on cam 2. Props to Gambitos tho, hope they keep this pace on LAN
2021-06-20 23:10
3 replies
#75

dracø
Whats the point of an upper bracket with the sole advantage being a tired opponent? I'd much rather see 2 fresh and prepared teams go at it in a bo5(1map advantage) or bo3(with veto advantage) on another day rather than this.
2021-06-20 23:15
2 replies
#49