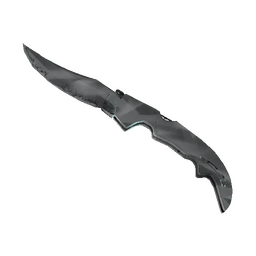 Izako Boars have announced the signings of 21-year-old Vegi and 23-year-old Enzo, finalizing their roster after a period of uncertainty. The duo comes in after Hubert "⁠szejn⁠" Światły and Kamil "⁠siuhy⁠" Szkaradek made the move to mousesports' academy squad, and Michał "⁠mono⁠" Gabszewicz was deemed surplus to requirements. Vegi played in Illuminar and PACT after his Virtus.pro stint in 2019

Vegi and Enzo join recent signing Paweł "⁠byali⁠" Bieliński in a new-look Izako Boars whose longest-standing member is now in-game leader Mateusz "⁠TOAO⁠" Zawistowski. Both newcomers weren't a part of an active roster directly before the signing, with Vegi ending his short stint with PACT in April, while Enzo was only seen playing with mix team los kogutos this year.

In terms of recent results, Izako Boars broke into the top 50 of the world ranking twice in 2021 and won ESEA Advanced S36 in April, but failed to build upon that. Their ESEA Premier S37 campaign was a failure as they managed just one victory in the groups — a default win over Sinners —, and the Poles didn't leave a mark in other online tournaments.

Izako Boars, ranked No. 101 in the world, have been relegated to ESEA Advanced for the upcoming season and will be hoping that a fresh mixture of young blood and experience can get them back on track. WESG_quarterfinalist
szejn and siuhy were a better duo according to what I've seen from their pact performance, team chemistry aside but vegi? enzo?
2021-07-02 09:45
#57
Angelka |

pinky02
Im only sceptical about Enzo, but rest of the team looks solid
2021-07-02 18:37
Login or register to add your comment to the discussion.