The finals are scheduled to be played in a studio environment without a crowd in Budapest.

V4 Future Sports Festival will make its comeback in 2021 after a one-year hiatus following its first two events in 2018 and 2019 with a ~$380,000 tournament that will feature LAN finals, played in Budapest on November 14-21.

Several qualifiers for different countries and regions will be set up between August 14 and September 5, followed by an online league on September 15-October 7 that will grant four teams a ticket to the LAN event. There will be six qualifiers in total, giving out eight spots at the online league. Hungary, Poland, Czech Republic/Slovakia and Europe will each get one spot, while two teams per qualifier will make it through in Southern Europe (Croatia, Slovenia, Serbia and Bosnia) and Eastern Europe (Romania, Bulgaria and Macedonia).

The eight sides that prevail in the initial qualifiers will then play a double elimination best-of-three online league, with the top four advancing to the LAN event.

Other than the four teams from the online league, the 12-team LAN will also feature four teams recommended and invited by the V4 countries' national esports federations based on results and achievements in their respective countries, as well as four invites that have yet to be announced.

Kobel_
Besides those 4 T1 invites AGO, Sinners will probably get invited into the main event as V4 teams, so +2 Top 30 at least. No idea about Hungarian invite and the other one since Czech/Slovakian teams are almost always mixed nationality. Probably Skade/Fiend will make it through online quali + some T2 EU team from that single EU quali spot like ENCE. So lineup should be pretty decent, better than most DH Opens
2021-07-23 16:41
2 replies
#78
SPUNJ |

thooorin_destroyed_kng
Fuck yeeeeeeah its gonna be awesome I was at both events,they were really great though they are the only esports events I was at.Too bad it will be without a crowd but you cant really justify it yet
2021-07-23 16:24
1 reply
#68

Gulaash
If the covid situation gets better i hope they will let crowd in. I mean at least 18y+ people who got vaccinated. Without crowd its not even a good advertisement for the goverment. We all know they used to hold this event for winning the youth votes.
2021-07-23 17:26
#47

NoLanwithoutcrowd
LMAO had absolutely the same thought.... especially with vaccines LOL... I mean BUdapest had full crowd capacity in the UEFA European games and NOW no fans at v4 LMAO? Yeah I know Budapest is a Open Stadium, while this is a closed arena, but you don‘t expect 60k fans like the games in budapest.. 200-300 are enough
2021-07-23 17:15
2 replies
#63

NoLanwithoutcrowd
Absolutely, but it is doubtful... Same with ESL PRO LEAGUE... turning it back to online, because of the [travel]restrictions in Malta... Instead of changing the location to UK, where they lifted all the restrictions LMAO..
2021-07-23 17:18
#61

NoLanwithoutcrowd
Psssst don‘t say that to these guy who think ESL COLOGNE was „ a rEaL LaN“ lmao. Having no fans is one thing, but the 10 players didn‘t even play in the same room, that was a known and used setup... i mean they even played katowice in the same arena (empty fans) due the outbreak back then..
2021-07-23 17:17
1 reply
#71

SebL
Great news, I really love those tournaments, the first two of them were really good, the atmosphere on the first one was amazing, so many great ppl in Hungary, love this country. Sad that no crowd this time :(
2021-07-24 14:59
#98 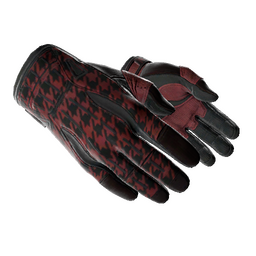