The young AWPer is expected to be an "active part of the team" from day one.

Astralis have completed the signing of Philip "⁠Lucky⁠" Ewald on a transfer from Tricked, the organization has announced. With the addition of the 18-year-old AWPer, the Danish team will reestablish a six-man roster after NIP bought Nicolai "⁠device⁠" Reedtz out of his contract with Astralis in April.

"I have really enjoyed my time in Tricked and I have a lot to thank them for," Lucky said in a statement. "When Astralis comes knocking, everything changes, though. It’s without a doubt one of the most professional organizations and I already feel welcome and part of the family."

"I know some people are going to compare me to ‘dev1ce’ but no one can do what he does. I hope I’ll be able to show who I am, though, and I will work hard to contribute to the team in my own way." The Danish organization has yet to reveal when their sixth player will step onto the server in official matches, but according to the Director of Sports, Kasper Hvidt, he will be expected to "be an active part of the roster from day one". During the previous time Astralis featured more than five players, Lucas "⁠Bubzkji⁠" Andersen was only used on specific maps at first, an approach the team abolished in early 2021 due to Valve's ruling that penalizes teams for changing lineups during and between Regional Major Ranking tournaments.

"I expect Philip to be an active part of the roster from day one, and with Lukas ‘gla1ve’ Rossander about to enter fatherhood in the Fall, having six players could prove advantageous," Astralis' Director of Sports, Kasper Hvidt, stated. "Even not considering Lukas’ potential break, I expect Lucky to contribute and to prove why we’re bringing him in."

One of the hottest prospects in Denmark, Lucky has impressed on the lower-tier scene as of late, averaging a 1.13 rating in 2021. The Dane last represented Tricked, whom he joined at the beginning of 2020 and went on to help win two of the last three Dust2.dk Ligaen seasons on the local scene.

He will get his first opportunity to play at the top level with Astralis, with his first official showing as the newest member of the team set to take place in ESL Pro League Season 14, which will run online from August 16-September 12.

With Lukas ‘gla1ve’ Rossander about to enter fatherhood in the Fall, having six players could prove advantageous.
Astralis' Director of Sports, Kasper Hvidt

"Philip is a young player who has shown immense potential," Kasper Hvidt said. "He has not been tested at a top-level yet so it wouldn't be fair to him or the team to compare him to anybody else, however, he has a lot of what we have been looking for and we have a strong belief, he will demonstrate his skills from the get-go."

Astralis' signing of an AWPer has been on the cards ever since Lukas "⁠gla1ve⁠" Rossander admitted ahead of the team's campaign at IEM Cologne in early July that it would be difficult to reclaim the status of the world's best team without a full-time sniper.

The role was being passed between two members of the team following device's departure, with Peter "⁠dupreeh⁠" Rasmussen taking it on at first before he began to split the AWPing duties with the in-game leader towards the end of the first part of the season.

Lucky's addition to the lineup comes at a time when there is an air of uncertainty around the long-term future of Astralis, with Danny "⁠zonic⁠" Sørensen's, dupreeh's, Emil "⁠Magisk⁠" Reif's, and Andreas "⁠Xyp9x⁠" Højsleth's current contracts set to expire at the end of the year. So far, the only member of the Major-winning roster to re-sign with the organization is gla1ve, who inked a new three-year deal with Astralis on Friday. Koalafire
definitely one of the guys who didn't read the article In short: gla1ve gonna be a daddy in fall/autumn which means he will have less time or just wants to spend less time. Lucky will get prepared for this from now on
2021-07-26 13:54
4 replies
#298

Waylay1337
They need experienced fragging awper. the academy team cant provide that as u know...they arent doing so well. Meanwhile this guy looks decent with a bit of zonic and gla1ve help he can become a really good awper
2021-07-26 11:25
2 replies
#178

|Metric|
Thier academy team is horrible, probably the weakest amongst all academy teams that alone should be reason enough to not take players from there
2021-07-26 11:50
1 reply
#372
allu |

1nsaneMe
Nobody knew bit either until navi gave him a chance. U think these big organizations don't do their background check before picking up a player?? They probably saw something in him which we are yet to see.
2021-07-26 11:15
4 replies
#159
RpK |

refrigerat0r
b1t spent a year and a half in navi junior before being gradually integrated into the main team, i dont think you can really compare the two
2021-07-26 11:18
3 replies
#317
kraghen |

JUNlOR
What other Danish AWPer would you have brought on though? Acor's stuck in Mouz, Cadian isn't leaving Heroic and other Danish tier 2 / 3 awpers are just as unknown as Lucky is, durpeeh clearly doesn't want to AWP and gla1ve picking it up isn't gonna work permanently.
2021-07-26 11:28
4 replies
#182
RpK |

Koalafire
You mean the guy who was absolutely insane on Tricked and also was a top 5 awper on Heroic before falling in performance? Yeah I remember him as well but as before you have to pick people who are good at the moment and you can just speculate about the future
2021-07-26 13:58
#20
Lol9Hentai |

LukasBohmRosenbauer1
In Denmark he is very well known. It was expected that he would join astralis for a couple of months now. He's been absolutely killing it on the semi pro scene so i don't doubt he has what it takes.
2021-07-26 14:02
#78

dupreeh_deserves_no1
Unless Dupreeh doesn't want to renew his contract, he's not gonna go out. He's playing well. And Bubzki will probably stay too. I'm more inclined on the rumors of Dupreeh Xyp and Magisk leaving.
2021-07-26 10:34
#79

Recruitn1
i would say real easy top 5 for col Astralis would be getting more younger talents, while trading its veterans. It would make logic why gla1ve was to sign with astralis there's possibility of them creating new roster.
2021-07-26 15:16
#100
kennyS |

Recruitn1
I wouldn't call him next ztr, but he could either prove to be astralis final downfall or astralis great success we know that, there are some suspicions about it. But yet all i have is stats and no idea of how he even proceeds to play the game.
2021-07-26 10:45
#104

SebL
Man honestly I don't like this choice, he looked really bad recently and I think he would be better pickup for Astralis Talent rather than Astralis, hope he will be the 6-th like Bubzkji once was, plays one map or even doesn't.
2021-07-26 13:45
#269

Room_Temp_IQ
"I know some people are going to compare me to ‘dev1ce’ but no one can do what he does. I hope I’ll be able to show who I am, though, and I will work hard to contribute to the team in my own way." Only Dev1ce can move to another country, to destroy hes own career apparently. jokes aside, nice to see such humble statement
2021-07-27 12:04
#389 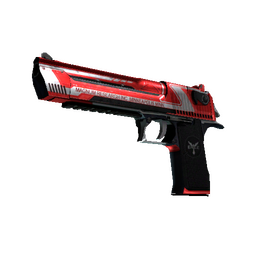