HUNDEN decides not to extend with Heroic: "I wish to begin a new chapter of my career"

The coach has also commented on allegations that he shared his team's strategy book with outside parties.

Nicolai "⁠HUNDEN⁠" Petersen has decided not to extend his contract with Heroic, the 30-year-old announced in a press release on Wednesday. The Dane chose not to reveal when his current deal with the organization expires when asked by HLTV.org.

"In the past few months, I have been in negotiations with Heroic about a contract renewal, but I have come to the realization that I wish to begin a new chapter of my career once my contract with Heroic expires," HUNDEN said in a statement amid reports that he could be joining Astralis as Danny "⁠zonic⁠" Sørensen's replacement in 2022.

The coach has seemingly already spent some time on the sidelines, as he did not travel with the team to Germany for IEM Cologne in early July for reasons the players and the organization never shared. Instead, Heroic's mental and performance coach, Troels "⁠robl⁠" Robl, stood behind the team during their matches at the event. "Heroic and I have been a perfect match, but the recent turn of events is deeply regrettable," HUNDEN went on to explain before revealing that he had been accused of sharing his team's strategies behind the scenes.

"Recent rumors claim that I have shared Heroic's stratbook. This I can categorically deny. I have the biggest respect for Heroic, and I would never want to harm the team or in any way affect them negatively."

"The material I have shared is anti-strat material of opponents. This material was shared with colleagues from other teams in the context of sparring. Knowledge sharing is essential for me as a coach in respect to staying in the loop and developing. At no point in time has Heroic’s own tactics been shared or discussed."

HUNDEN has been a part of Heroic for well over a year, having joined the organization in early 2020 as a replacement for Frederik "⁠LOMME⁠" Nielsen. As the coach of the team — and the analyst during the period in which he was banned by ESIC for using the infamous coaching bug — he helped the organization reach new heights, as the Danish squad quickly became a consistent contender for deep runs and titles, most notably winning ESL One Cologne and DreamHack Open Fall in 2020 and ESL Pro League Season 13 in 2021. giliuss
Kinda sucks if hunden actually cheated but is already going to teams like astralis as if nothing happened a year later. Cheating IN competitive games WITH money on the line seems a lot more scummy than for example how the case with jamppi was handled with him cheating before even a thought of becoming a professional.
2021-07-28 15:02
24 replies
#24

Dechant
There is a difference between a coach being able to see random parts of the map without being able to trigger it themselves or the location of the bug and then a player actively download and installing a 3rd party software with the one intention of cheating. Both are bad, but let's not pretend the latter isnt way the fuck worse
2021-07-28 15:06
4 replies
#185

Bidus
Oh... Neither is acceptable. Don't try to suggest that since he didn't install any 3rd party app he didn't do anything wrong. Coach bug was pretty disgusting and he used that. Eternally a cheater.
2021-07-28 20:52
#189

giliuss
A lot of the teams that lost to the usage of the bug got disbanded shortly after. If they would've won that game against that team it could've had the possibility of catapulting their confidence and team into something greater. But instead these players are possibly without a job and had to seek different roads. That's the issue with cheating in a professional setting. You're directly affecting peoples' livelihood and careers, whilst advancing your own. consciously downloading a hack can be deemed as a worse deed, but that's a very narrow view to look at it with. You're comparing a 13 year old child who would've never in their dreams think they could do it as a professional with a basically 30 year old veteran of the esport. He knew they were playing in a professional setting with peoples' careers on the line and still consciously made that decision. Even if what he did should've been punishable with a lifetime ban, don't you agree AT LEAST the same should've been done to hunden?
2021-07-28 22:39
2 replies
#225
pashaBiceps |

global_silver_boi
Look, teams don't disband on the background of one game. They'd most likely disband eventually. Also I find the idea that HUNDEN actually benefited and advanced on the background of those matches, where the coach bug was exploited, quite funny. Face it, the work HUNDEN put into the Heroic organization and the results it yielded won't be dwarfed by his mistakes. To think that his success stems from the coach bug is just incredibly negligent of the details.
2021-07-29 11:11
#28
twist |

Obuz8
-1 nobody knew about the coach bug,it was like a secret thing that would give u an advantage and that nobody knew about.You cant expect people not to profit off advantages if they have the chance to
2021-07-28 15:43
6 replies
#81
i am |

giliuss
''You cant expect people not to profit off advantages if they have the chance to'' Except there actually were coaches that immediately reported the bug and/or didn't use it. You can't expect SOME people not to profit off of advantages, but if they're found out about it, the book should be thrown at them and they should be thrown away from all competitions.
2021-07-28 16:14
1 reply
#170

Obuz8
You are completely right.If someone breaks a rule,and they get caught,they should be punished acording to the rulebook,im not arguing against that.What i dont understand is why people despise Heroic so much,every time they play people are calling them cheaters and are praying on their failure,and i dont understand why.Like ok they cheated,got caught,were punished,now its over,move on.Why is it so hard for some people to do that and still bring up past experiences like they would matter or as if they would prove a certain point?
2021-07-28 19:26
#157
s1mple |

piratz0r
Maybe astralis dont mind about cheaters because they are cheaters themselves? Taco and Niko were saying that astralis players are not clear. Maybe they were using some nextgen cheats or boosters? Cheaters want to stick with cheaters so they pick hunden.
2021-07-28 18:03
2 replies
#213
dupreeh |

s1mple_numba_wan
glaive the heroic players must have known that hunden was cheating also glaive signs 3 years contract knowing that asstralis will most likely pick this cheater
2021-07-28 15:45
#68

WarLok085
So he straight up admitted, in a different context, that he is part of an organized ring of strat sharing between multiple organizations. Lol nice
2021-07-28 16:40
#121

Jockonet
I dont think it will be ridiculous. Hunded is definitely a tactical genius but God, this guy has no social skill. Watch his blast interview. He is not a motivation coach. He is not nowhere near of zonic. And hunden is banning from major. He is useless as a coach.
2021-07-28 23:43
2 replies
#196
device |

Jockonet
He is not that bad. It just doesn't make anysense to add a banned coach for astralis. The team probably expects to play well during the major, even win it. Well, you cannot with a afk coach during the whole major.
2021-07-29 01:15
#135
Snowzin |

Rene_Gade
Ehhh.. if he developed these anti strats while under contract to heroic that is their intellectual property. Sharing it with the hope of personal development seems naive and selfish.. also biting the hand that feeds.
2021-07-29 00:48
1 reply
#210

joebagz
Completely agree, seems like HUNDEN is a piece of shit or just fucking stupid. Why would you ever provide ANY competitive advantage to a rival organization when you are under contract? Guy is asking to get sued and he just publicly admitted guilt. What a fucking mook.
2021-07-29 01:53
#201

EddyParera
This guy talking about a new chapter? He should be talking about "goodbye CS"... So this guy thinks that sharing anti-strats is okay? Every team should be preparing their games by themselves... Having scrims is fine... But giving away anti-strats is like helping out friends just for the sake of seeing the friend do good... It's like giving the answers of a school test. That's cheating. And no need to talk about Coach bug, that alone should prevent him to work as a coach for a long time.
2021-07-29 07:46
#224

DoktorEgg
Seems like it could easily be the case that what he shared was nothing special and he was legit comparing notes with another coach/analyst for the mutual benefit of both teams. If that is the case then if Heroic trusted him my guess is they might have taken his word for it and shrugged it off. BUT at the same time he's negotiating a move to Astralis right after Heroic stood by him through the coaching bug stuff so instead Heroic are just like "screw that backstabbing weasel!"
2021-07-29 15:37
#242 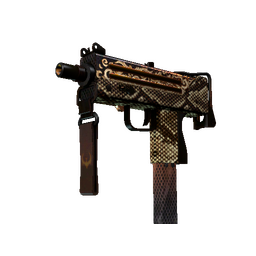