ESL comment on HUNDEN allegations: "No possible impact to the tournament integrity of IEM Cologne"

The tournament organizer conducted its own investigation into the allegations to determine whether IEM Cologne's tournament integrity was affected.

ESL's Senior Vice President of Product, Ulrich Schulze, has addressed recent allegations against Nicolai "⁠HUNDEN⁠" Petersen made by Heroic, revealing that the tournament organizer's own investigation into the matter produced "conclusive findings" that led them to believe that the situation had "no possible impact to the tournament integrity of IEM Cologne."

According to Mr. Schulze, after being notified of Heroic's claims that HUNDEN shared sensitive information with another team also competing at IEM Cologne, ESL found that "permissions to access a shared folder were sent out" but that the folder in question "was not accessed by the recipient." Mr. Schulze went on to stress that the investigation did not determine whether the sharing of the information itself was a punishable offense, and that it would be part of an "ongoing investigation" by the Esports Integrity Commission (ESIC).

The allegations first came into the public eye when HUNDEN himself touched on the matter in a personal statement on Wednesday. The coach denied claims that he had shared his team's strategy book with a competitor, saying that the only details he had discussed with colleagues from other teams were anti-strat material of opponents.

Heroic went on to release their side of the story on Thursday, announcing the beginning of legal proceedings against the 30-year-old, whom they believe breached his contract by sharing confidential information with a "major competitor" without the knowledge of the team.

VI_VON__ZULUL
I wonder who was the receiver. It has to be Danidh speaking team right? Dont think Heroic would have their infos written in English,unless hunden decided to do so.
2021-07-29 16:42
6 replies
#40

x676
you don't know, maybe he shared the drive folder + sent it by email separately at the same time since the other guys knew that they would be noticeable it they access through the link
2021-07-29 17:09
#16

Room_Temp_IQ
Doesn’t really matter, even if the other team had accessed the files, they shouldn’t be held accountable, most teams would take a sneakpeek anyways
2021-07-29 16:41
2 replies
#37

WeAlsoHaveLEGO
" ESL found that "permissions to access a shared folder were sent out" but that the folder in question "was not accessed by the recipient"." So HUNDEN was a scum, but the recipients was not. Thx.
2021-07-29 16:36
3 replies
#25

GOAT_OR_NO_GOAT
Heroic never said they lose cuz of him. They literally said only that Hunden act wrong and that he did something he isn't allowed to do so.
2021-07-29 16:39
7 replies
#42
olofmeister |

GOAT_OR_NO_GOAT
Because Hunden isn't allowed to do it and broke the necessary trust to work together. And maybe it is even written in his contract to do not such things... I don't see a reason why Heroic should act other as they do.
2021-07-29 16:46
#56

Mykolkaa
The dude literally gave some other team files with ALL OF HEROIC’S TACTICS. Tell me you wouldn't sue the fucker if he did that to you
2021-07-29 16:59
4 replies
#59
olofmeister |

Aaron1822
Let's say it was anti strat like huden says, you go and tell other team how Heroic can anti strat them and they fix that and at the same time make sure they hold the angle Heroic player is coming from doesn't that hurt the team??
2021-07-29 21:37
1 reply
#113
olofmeister |

GOAT_OR_NO_GOAT
I watch at Liquidpedia liquipedia.net/counterstrike/Intel_Extre.. Astralis was the enemy, Faze as well. So when we assume they need a danish member in the other team, then Col and mouz, NIP are left. I doubt Acor is such a deep friend with Hunden.
2021-07-29 16:56
#30

RogueDecay
how is that a "team folder" when Hunden had admin access and ability to block everyone else? because heroic say so? And now they use publicity stunt way to cancel him? after all he did to them including successful escalation of cheating trial. Desperate org that is digging their own grave, nothing else to see here.
2021-07-29 17:04
2 replies
#108

xztzonn
'ESL found that "permissions to access a shared folder were sent out" but that the folder in question "was not accessed by the recipient".' how would they know that's all that happened?
2021-07-29 17:21
1 reply
#86
Thorin |

FLXG
damn thats a very effective way to throw your career into the garbage lol gj gla1ve, asked for it so he could check if HUNDEN was trustable, confirmed he wasnt and never opened the files so the rat gets f***** all alone 5000 iq move
2021-07-29 17:27
2 replies
#85
oFeNmEiSTeR |

BECTHuK_CMEPTu
This comrade's career in cs go is over. It would be fair to remove this person from his job as a coach. But even so it is clear that he will not see coaching. I think he will be asking for work like this: "I respect your team and I will not drain the coaching preparations." lol
2021-07-29 17:28
#87

twitchy_
But wtf is this? He shared some files with another team but the other team didn't access the link? But which link, why ESL has access to this information? Do they need to send theit stratbook to ESL? It has little to no sense.
2021-07-29 22:35
1 reply
#106 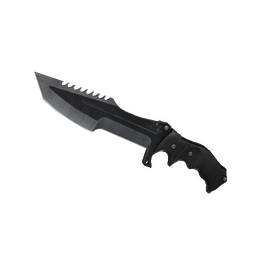