junior to stand in for Bad News Bears on loan*

The AWPer will reunite with Alan "⁠Shakezullah⁠" Hardeman and Gabe "⁠Spongey⁠" Greiner, whom he previously played alongside on Triumph.

* Update: FURIA have confirmed that they have loaned Paytyn "⁠junior⁠" Johnson to Bad News Bears for their matches in ESL Pro League Season 14.

junior is set to complete the roster of Bad News Bears for ESL Pro League Season 14 as part of a short-term loan agreement with FURIA, sources with knowledge of the situation have told HLTV.org.

The 20-year-old AWPer would fill the spot left vacant by Peter "⁠ptr⁠" Gurney, who announced his retirement from CS:GO on Tuesday to pursue a career in poker. junior has been on the sidelines since stepping down from FURIA's active roster in June, stating at the time that he needed a break to reset and recoup as his "mental [was] shot." His performance had taken a steep downturn on the Brazilian lineup, where communication issues and building pressure played a part in junior averaging a 0.92 rating — a far cry from his performance the previous year (1.13 rating).

The move will mark a reunion between junior, Shakezullah and Spongey, who all played together on Triumph in 2020, and massively bolster the firepower of the team ahead of their appearance at ESL Pro League.

junior will stand-in for the roster at the event, which is set to play out online in Europe and will kick off on August 16, with Bad News Bears residing in Group A alongside the likes of Heroic, Astralis, and Vitality.

With junior’s addition, Bad News Bears' roster will be: yee47
Hopefully so. NA is such a passionate region for CS, it sucks seeing all the lower Tier Orgs move onto Valorant. I miss the days when there was an overflow of teams and talent in NA, hopefully BnB and Extra Salt can take that next step and really challenge people on LAN.
2021-08-04 22:16
4 replies
#106

Swisher
He wanted to play EPL but we felt as a team it would be more beneficial to bring in a potential 5th player that we could grow with for the event. Love pete and I still wished he could of been with us.
2021-08-04 20:04
19 replies
#34

TheNeonPrankster
Nice!! This should be better for him because he should be comfortable, they speak English fluently
2021-08-04 20:02
#24
Aleksib |

rodgropen
Junior is a nice addition on Loan, but they should go for a young awper to make the roster more attractive for orgs. Someone like CoJoMo
2021-08-04 20:06
2 replies
#143
Swisher |

LoOuU2
Furia dont look or sound like an org that would cuck their players , they let Hen1 get away pretty easily too , selling him on a price lower than his base and let him get away on his own choice through its worth noting that his brother connection was the driving force behind it all. They can obviously try and wait to cash out on Junior as much as they can but he would just be wasting his time on the bench their while Furia have no plan to go back on English comms again and ruining his time in the meantime. They might let him go off quite easily too .
2021-08-04 22:48
#77

okuulanda
hell yeah dude i love furia but that was absolutely not the right fit for him. hope he can perform better now that he's more comfortable
2021-08-04 23:23
#111 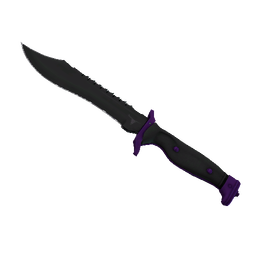