xfl0ud steps down from GORILLAZ

The young Turkish rifler stated that he would share the details of his future plans soon.

Yasin "⁠xfl0ud⁠" Koç announced on Tuesday that he has stepped down from the GORILLAZ active roster in a Tweet. He had only been with the team for a couple of months, having joined the team in place of Rokas "⁠EspiranTo⁠" Milasauskas in May.

The young Turkish rifler played two events with the team, finishing 12th-14th with them at both Elisa Invitational Summer Regionals and Spring Sweet Spring 2 Regionals. xfl0ud's destination is as of yet unconfirmed, but his Tweet suggested that he had another team lined up, stating that he would "share the details very soon." The news will come as a blow to Robin "⁠flusha⁠" Rönnquist, Jere "⁠sergej⁠" Salo and Miikka "⁠suNny⁠" Kemppi of GORILLAZ, who have struggled to settle on a stable five with their new venture. They have seen Buğra "⁠Calyx⁠" Arkın, EspiranTo and Niels Christian "⁠NaToSaphiX⁠" Sillassen all quickly come and go, and were already looking for a fifth player having only parted ways with the latter in July.

They will need to move quickly to both replace xfl0ud and find a new fifth player, having recently been invited to the Elisa Invitational Fall Regionals, which begin on August 16. drizit
That would be sick to see woxic wearing HR jersey again. I'm not expecting any turkish organisation could afford the salary of these players. So it might happen even tho slight chance.
2021-08-10 22:39
2 replies
#164

Khroni
GORILLAZ really need to announce their org so we can start laughing at them already This team since its 2nd iteration has just been a colossal joke tbh
2021-08-10 16:38
2 replies
#32
nAts |

kaeschdle
hmmmmm the turkish superteam sounds more plausible by the day i hope xantares does not regret this decision
2021-08-10 16:37
1 reply
#81

Stonkamies
Hopefully Gorillaz can now build a team that works, I do not think any of the current players are problem. Also it is interesting to see how well can the new turkish team go.
2021-08-10 16:38
#16

JutixHD_YouTubez
Coldzera already said he will participate in ESL Pro League (He will join Liquid, they will play in last group so there is still time to announce it) and Vaco has 4 year contract with GODSENT. You may now think who will join Gorillaz then? Since I'm finnish I'm insider in Gorillaz drama and I can announce you my friend the 2 following players. Gorillaz 2 new players are - Golden - JW (but as main star rifler, sergej stays AWP) Golden is not becoming main IGL he will be there to develop flusha as igl and be assistant, but yes golden role support he throws grenades
2021-08-10 17:35
3 replies
#107

Karppanator
Gorillaz should disband, as soon as I heard flusha say they had an org and not reveal them after a month I was convinced that they wont play under an established org so they will disband
2021-08-10 16:41
2 replies
#66

morskoykonek
Nice article, mr new editor :) Gorillaz are doing something weird since the beginning of this project tbf, like sergej awp lol kek why
2021-08-10 16:47
#53
Aleksib |

LoOuU2
Sunny should have joined FPX when he had the chance, wanting to play with Flusha is messing up his career even more. This whole mix team has been a disaster from the start, first clown move being having Sergej to awp.
2021-08-10 17:03
#73
oBo |

McPucci
I am only one who is thinking that this Gorillaz team is just a joke? Literally players can just walk away if they want and if they have org( atleast that they have been sating) why they dont public the org yet?
2021-08-10 17:41
#92
karrigan |

adu_
i understand that gorillaz are trying to get the perfect combo, but damn, it feels like every 2 weeks some leaves or gets benched. let your players have more time to adapt. Gorillaz=Reb Bull Racing Formula 1
2021-08-10 17:44
1 reply
#108

axelious
Yea, cause the least rated player would refuse the chance to play with the four highest rated players in the region? By what reasoning?
2021-08-11 12:53
3 replies
#186

GKDNZ
Actually he ruined own career after space soldiers disband. He refused all offers to play with his friends. Now again did the same thing.
2021-08-11 13:18
2 replies
#187

Lemondogs_puetzt1
Im tired of these puggers without socialisation - joined, left every 1 week, damn this site also blaming it because giving news about something which is unofficial even it is new team
2021-08-10 19:49
#139

SnakePerson
It is unfair to call a guy who played only 3-4 games snake. Obviously some things do not work out. And although gorillaz is around for quite some time, they haven't been signed by any org yet. They did not play good too. Everyone is free to see other options imo.
2021-08-11 12:29
1 reply
#183
flusha |

k0ng0
Wow this team has really been a shitshow. It's now a dumpsterfire that someone has to put out. I call they will disband within 3 weeks and flusha will sadly retire. It would have been fun to see him suceed as an IGL but maybe he just doesn't have it in him anymore.
2021-08-11 20:10
#192

xchenko
he gonna be join turkish dream team, he made the right decision for his career.
2021-08-12 07:04
Login or register to add your comment to the discussion. 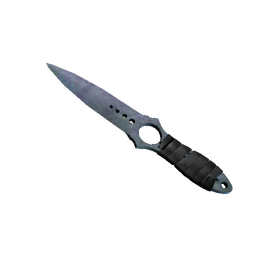