The European squad bought the Dane out of his contract with Heroic and return to a six-man roster.

MAD Lions have signed Johannes "⁠b0RUP⁠" Borup from Heroic, where the Dane had been sitting on the bench since he was removed from the active lineup in February alongside Nikolaj "⁠niko⁠" Kristensen to make way for Rasmus "⁠sjuush⁠" Beck and Ismail "⁠refrezh⁠" Ali.

b0RUP had spent over a year in Heroic's starting lineup before his removal, and was a member in the team that surprised Europe by winning some of the biggest online events of 2020, DreamHack Open Fall and ESL One Cologne Europe.

Earlier this year the Dane was seen playing with the HYENAS team that had no organizational backing, but after initial poor performances and the retirement of star player Markus "⁠Kjaerbye⁠" Kjærbye the team parted ways, leaving b0RUP's future uncertain at the time. b0RUP will help TMB with leadership in MAD Lions

The 21-year-old's addition to the MAD Lions roster comes not long after Teodor "⁠SPELLAN⁠" Nikolov moved to the bench, as the Bulgarian IGL wasn't able to adjust to the European combine and the team stalled outside of the top 60 in the world ranking. Thomas "⁠TMB⁠" Bundsbæk has now taken over the reins and will be flanked by his incoming compatriot as Jakub "⁠kuben⁠" Gurczynski continues to explore the possibilities of a six-man roster.

"From the beginning of this project, in the back of our heads we had a plan to bring an experienced player to the team who could complete it," coach kuben said. "With b0RUP, we believed to have found the perfect fit for that.

"At the start of this season, the role of IGL was taken over by TMB, hence our idea to bring a second high-profile Danish player to the squad to get a similar philosophy of the way we can play the game. We believe that by combining the experience that b0RUP will bring to the team and the youth’s hunger for success, we will improve our results from the previous few months."

The team will have a bootcamp in September at the team's house in Madrid to prepare for the final quarter of the year. Uexo
ofc they have, Copenhagen Flames and Lyngby Vikings already have a better ranking than Mad Lions, and I'm not even talking about MSL and aizy's project, Tricked, AGF and other young teams
2021-08-20 20:10
#24

laughingatmadbettors
This is worse than gorillaz because it has an org backing it. Mad Lions are getting scam by the polish and the Spaniard. Watch the sign Smooya now to top it off.
2021-08-20 15:41
6 replies
#76

LoOuU2
well they had a bootcamp somewhere in EU during the playerbreak , hard to arrange that with players` own money. Xfloud on his stream also said that he is actually contracted to the org so it does exist , but the team is quite of a trainwreck atm. Maybe the org does pull the plugs if this new iteration doesnt work either.
2021-08-21 14:57
#80
Starry |

SebL
Idk., like this guy has been so inconsistent, that was the reason he was kicked from Heroic, and tbh., it didn't change much in HYENAS. I don't think it's a good signing for MAD Lions, and overall keeping the 6-man roster idea isn't good imo. either. But GL ofc., I hope kuben can get something out of this roster.
2021-08-20 18:31
#67

WESG_quarterfinalist
considering borup's performance while being as a part of hyenas and the teams results overall, doesnt look like an obvious upgrade to the ML roster rn. Time would tell tho
2021-08-21 05:28
1 reply
#83
dupreeh | 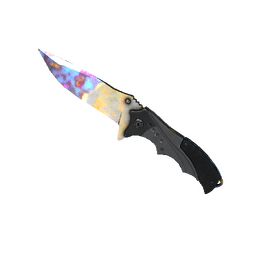