Andreas "⁠Xyp9x⁠" Højsleth will round out the Astralis lineup for the upcoming event.

Lukas "⁠gla1ve⁠" Rossander has announced that he will not be part of the Astralis roster for the upcoming BLAST Premier Fall group stages as he prepares for the birth of his child.

Xyp9x will come back into the active lineup after being left out for the group stages of ESL Pro League Season 14, in which the Danish squad failed to qualify for the knockout stage of the tournament as they made their first appearance with newest member Philip "⁠Lucky⁠" Ewald. "I really want to play, but I also did not want to put the team in a position where they had to change a player while a tournament was going on," stated the Danish in-game leader on Twitter. "Together with Danny, I am doing everything to prepare and help the team get ready for the BLAST group stage."

Astralis have not stated who will take the mantle of IGL in gla1ve's absence. The last time the captain was not available for the team when he took leave in mid-2020, Emil "⁠Magisk⁠" Reif stepped up to the role, and he is expected to do so again this time around.

The Danish squad will compete in Group A of BLAST Premier Fall Groups 2021 alongside Evil Geniuses, Vitality and Liquid, with the games taking place between September 16-18.

With the return of Xyp9x the Astralis roster for the event will look like: JimC
I think they allow Zonic call. I remember seeing the comms of Zonic making a call for the team during one of the blast events. This was before Dev1ce left the team.
2021-09-07 17:06
#43

Fabbsen
B b b b b but the DanishLeaks guy leaked it, didn't he? I mean he also leaked Nordavind signing OPLANO one month after Rush B Media already reported it so it must be true
2021-09-07 17:21
#46

JimC
What are you talking about? The roles were always like this when Dev1ce and Gla1ve was in the team. Just replace Bubzkji with Gla1ve and lucky with Dev1ce and those were the roles.
2021-09-07 17:25
4 replies
#82

codelapiz
duphree has allways been astralis's entry, its just glave dose some agressive plays like midround agression or peeking before util to take attention, its different than entrying.
2021-09-07 17:52
3 replies
#83

codelapiz
dont know why im even talking to someone who not only uses the supposed role "playmaker", but missuses it. but anyway. "and the bitch roles most of the time." thats correct, whenever glave made new strats he allways put himself in the most shit spot. "he played the primary entry role of the team" no he didnt, althougth super genius sacrafice entry strats are over represented in astralis 200iq compilations or whatever u watched, most site takes are some sort of normal execute. and duphree is their entry fragger, he has the lowest reaction time on the team, very good headshot aim but hes not as consistent at getting "free" kills like trades, as magisk or device, so thats why he fits as entry fragger. Glave is a worse player mechanically than duphree so you dont want to put him in the important role of normal entry fragger as often as you would put duphree there. Glave will rather support, do early/midround agression or pre-entry, go in before flashes etc, to make them fullwhite cause they are spraying him.
2021-09-07 18:15
1 reply
#88

Bidus
I caught one crab and three fish with my bait: Crab CSm1n Fish loba_best_fpl_player Fish WeAlsoHaveLEGO Fish BannedOnTwitter Now I will go to the market and sell them as I am a fisherman.
2021-09-09 22:50
#122
markeloff |

BannedOnTwitter
Understandable.
2021-09-08 22:53
Login or register to add your comment to the discussion. 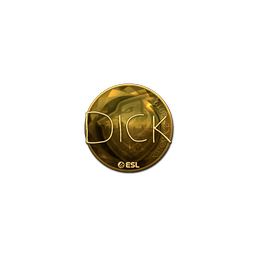