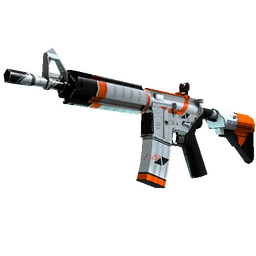 Eight more spots are yet to be filled by the teams competing in the closed qualifier.

ENCE, Movistar Riders, Sinners, and Endpoint are the first teams to qualify to IEM Fall 2021 Europe and will join the 12 invited teams at the RMR event to challenge for a chance to qualify for the Major.

The closed qualifiers are still underway and will see the rest of the teams qualify over the next two days. IEM Fall 2021 Europe will be a LAN event and will take place between September 29-October 10. MiGHTYMAX and co. will play at the main event

Movistar Riders and Endpoint swept their respective opponents 2-0 in the opening round of the qualifier. SAW and Eternal Fire both fell to the lower bracket, facing their last chance to reach the main event.

Sinners meanwhile defeated fnatic after a 2-1 series which saw the Czech team behind after the first map but able to come back in the series, taking Vertigo and Nuke from the Swedish-British mix.

ENCE were temporarily shaken after a once-sided loss on Vertigo against AURA, but the European roster found their composure and swiftly closed the following two maps, taking the series 2-1.

The teams participating at IEM Fall Europe are:

Swedish_Remixer
gonna be interesting to see this played out because both teams knows how important this game is, but if EF loses i wanna see xantares rage tweets again
2021-09-15 01:42
2 replies
#22
ropz |

y0fl0w
no way turkish teams win this lmao, so yea we'll see tweets for sure, in the end getting a direct invite to this closed qualifier is a joke in itself - based on XANTERES BIG points influencing the shit esl ranking
2021-09-15 02:18
#32