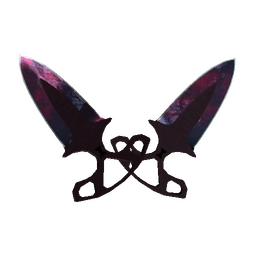 It was a comfortable win for BIG as they swept MIBR 2-0 after two commanding performances on Mirage and Nuke, and a much a much-needed victory following their defeat against NIP in the opening round.

Staying alive, the Germans will face G2 on Wednesday and fight to secure a spot in BLAST Premier Fall Final. The winner of the match will then face NIP later in the day to crown the winner of the group. k1to showed up on Mirage with a 1.61 rating (Photo: Philipp Neubauer / BIG)

MIBR failed to get going on Mirage as BIG made a fortress out of their CT side. The German team only dropped one round on their way to close the half 14-1, with Nils "⁠k1to⁠" Gruhne proving instrumental for their dominant performance, finding impact with both the rifle and the AWP.

The Brazilians experienced some brief success following a force buy victory, stringing together three rounds in a row, but the gap was too large to close, and BIG comfortably secured the map 16-4.

A different story unfolded on Nuke as MIBR created an early lead following their pistol round victory. Raphael "⁠exit⁠" Lacerda stepped up for his team and was the X-factor that allowed them to close the half with a slight 8-7 advantage.

The CT side gave BIG the opportunity to reassert themselves in the match, comfortably retaking the lead and winning seven rounds in a row on their way to close the map 16-9 and the series 2-0. Bactuga
Worst month of Brazilian CS Fallen 1v5 on EPL and then gets eliminated in Blast Groups against ASTRALIS with a huge comeback Furia doesnt qualify on EPL Playoffs when they had 4 matchpoints and having Guerri (coach) play in their games, proceed to lose to Sinners with Drop Mibr loses boltz due to Covid, has to play with their Analyst and loses 0-2 in Blast with new Academy player Brnz4n 00Nation loses on Malta Vibes to some random teams and doesnt get anywhere The last hope right now is Coldzera on Complexity.
2021-09-22 01:34
3 replies
#39
refrezh |

SebL
BIG looks like a real mess atm., tbh., good win ofc. but it was far from pretty game from them. MIBR playing with 2 stand-ins one of which is their strategic coach, yeah the score is understandable, but if they would play with their main roster, honestly I could see them taking a W here.
2021-09-22 17:33
Login or register to add your comment to the discussion.