The Russian team narrowly secured a 3-2 win in the grand final of the Albanian LAN.

forZe have claimed victory in Tirana, Albania at the Gjirafa50 Masters League Season 2 Finals, completing a run through the lower bracket of the double-elimination event by scraping past BLINK in the grand final.

The four-team tournament, whose competitors all qualified from the online stage, offered a prize pool of $70,972, with BLINK being the sole home squad in attendance.

Andrey "⁠Jerry⁠" Mekhryakov's men kicked the tournament off in poor form, losing their opening match in rather one-sided fashion to AVE, but managed to recover with a win over Trasko before prevailing in a rematch against their fellow Russian squad. BLINK, meanwhile, beat Trasko in their opening match, and fought back from a map deficit against AVE to advance to the grand final. forZe took an early lead to start the final series, putting up a strong showing on Ancient (16-9) before claiming a closely contested win on Overpass, shutting down a red-hot performance from Rigon "⁠rigoN⁠" Gashi.

Despite the 2-0 lead in the series though, forZe were unable to close things out in swift fashion, and rigoN continued to put up numbers for his side as they battled back to even the series score, winning Inferno (16-9) and rallying back from a 5-13 deficit on Mirage by winning eleven rounds in a row to force a Dust2 decider.

There, rigoN cooled off, but BLINK still made the map a competitive affair despite falling short in the end. Although it was forZe who were in control early on, posting a 9-3 lead, resilience from BLINK saw them fight back in the latter portion of the first half, momentum which they maintained after the side swap to gain the upper hand, 13-11.

However, multi-kill rounds from Evgeny "⁠FL1T⁠" Lebedev helped forZe get back in the running, and they were able to fight back to steal away the map win from the brink of defeat, claiming a series victory. hugoooo
drop played with FURIA in Europe FOUR DAYS after he was announced, obviously they would get thrashed. Since then he adapted to the team and they are playing much better. I bet you don't watch a single match and only talk based on numbers. Todays FURIA is the closest they ever were compared to 2020 FURIA.
2021-10-11 22:43
#38 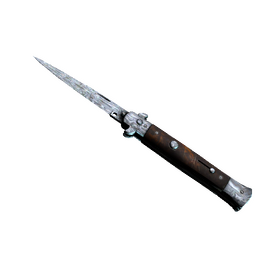