The Turkish side has been spotted playing with Sabit "⁠mirbit⁠" Coktasar as their fifth.

Issa "⁠ISSAA⁠" Murad will no longer be a part of the squad dubbed the "Turkish Superteam" as he exits the project two months after its inception. In that time frame, Eternal Fire has not lived up to the billing as the team featuring the country's biggest stars Özgür "⁠woxic⁠" Eker and Ismailcan "⁠XANTARES⁠" Dörtkardeş couldn't break past the 60th spot on the world rankings.

According to the organization, ISSAA "could not adapt to Turkey and decided to return to his own country", leading to the separation of the two parties. Eternal Fire have not revealed their plan for the fifth spot on the team, but are using German-Turkish player mirbit in the Pinnacle Fall Series 2 match against SKADE. mirbit is a 24-year-old player that represented teams such as Sprout, Windigo, and Alternate aTTaX in the past, but is currently tied to Nordavind who benched their international roster in favor of signing the O PLANO team under their new brand 00NATION.

Unlike ISSAA, mirbit speaks Turkish, and has stated that he would like to continue being an in-game leader upon his benching in Nordavind. It remains to be seen whether Eternal Fire will decide to add the 24-year-old player on a long-term basis, but he could offer solutions to the two glaring problems the XANTARES-led team had since its inception.

ISSAA's future remains equally unclear. The former HellRaisers and OG star posted a respectable 1.08 rating during his tenure with the Turkish team, but most of the 59 maps he played were against opposition outside of the top 30. The Jordanian's last outing with the team was in the IEM Winter Open Qualifier, where Eternal Fire missed out on a top-2 finish after a narrow defeat to FunPlus Phoenix.

Eternal Fire are currently playing with the following roster: MeatballEnthusiast
I hope xantares doesnt keep IGL'ing, well have another case of Niko, the carry complex will drive him to try to IGL and his form will suffer because of it
2021-10-11 15:26
2 replies
#236

sedo7
he is playing insanely in EF so far, 1.30 rating with EF, i almost watched his all streams, he has potential being igL and has the gamesense, with compact teamplay they would be great, modern igLs doesn't speak much, everyone knows what to do, and xantares prolly the most passionate cs go player in the world
2021-10-11 19:04
1 reply
#254
k0nfig |

MeatballEnthusiast
i dont disagree he's playing well but I dont think that'l translate into T1 opponents, when your opponents are just "go kill" as a strat I dont disagree he's and absolutely insane player i just want to see him walk the same path as niko did
2021-10-11 22:04
#125
s1mple |

REASONABLE_GREEK_FAN
man, there is almost no toxicity towards issaa. i am kinda surprised to see, considering that issaa suddenly decided to leave just yesterday, even though the team showed some improvement after beating sinners and almost beating fpx. is turkish community getting mature or what?
2021-10-11 18:14
1 reply
#223

Pellinskii
guys I'm not sure but joining a team communicating in a language you don't speak and trying to learn it might be a bad idea just throwing that out there
2021-10-11 12:57
#41
XANTARES |

rationale
Actually it's a great swap. Xantares no longer needs to IGL, mirbit is a very decent player overall. Issaa may try his luck in international squads again (though at this point I don't know any such squads looking for riflers).
2021-10-11 12:59
1 reply
#160
birdfromsky |

SilverQuick
Why RIP career? maybe RIP playing at high level yes, but he's CS career would be alright since he could always find some decent Asian team in his region, there are plenty of them besides he got a lot of supporters there
2021-10-11 14:21
9 replies
#130

LoOuU2
he didnt find a decent team back when he left OG and there isnt really a decent enough Middle Eastern scene either. He was already pondering over switching to Valorant back then. I hope that doesnt happen.
2021-10-11 14:28
8 replies
#138

SilverQuick
If he goes for Valorant then of course his CS career would be dead agreed, but as long as he stays playing CS he could find some team in his region, not necessarily Middle Eastern, but Asian in general will be better than staying without a team even if he finds some team in his region he could always come back and play with a decent team in EU or CIS since he already did with Hellraisers was one of his favorite CS run in his career he was doing just fine him plus Woxic back then before he could ever move to Hellraisers he was playing with Camel Riders some team in his region, that didn't prevent him moving to EU to play at high level
2021-10-11 14:36
1 reply
#191

LoOuU2
It all also depends on whether or not he wants to grind from the scratch again with a new team having no experience. He might have the same mentality as Fer when it comes to it. Someone like Nasr would be more than willing to get him if he would like to play.
2021-10-11 17:24
#150

Daev0n
Major will decide a lot imo. If some team does poorly at the major, we might see them pick up ISSAA, since he's a good rifler with a positive attitude. A team like FPX would surely profit from ISSAA, they look depressed after losing a few rounds and he could try to lighten the mood.
2021-10-11 17:28
3 replies
#211

LoOuU2
yea ISSA is a jolly one for sure but he isnt the brightest either though , makes too many dumb mistakes some times. A lot of teams can benefit from him but his stint on OG wasnt good and even though he didnt have bad ratings at EF , getting kicked as the first doesnt reflect back on his resume. I just kinda feel he might not get invites from other top teams.
2021-10-11 18:09
2 replies
#262
ANGE1 |

zachemannen
According to the organization, ISSAA "could not adapt to Turkey and decided to return to his own country" Nice englands
2021-10-11 13:03
3 replies
#62
tabseN |

kaeschdle
yeah because having 4 players with a +1.1 rating brought them so much success they need leadership and not more firepower and mirbit is an IGL who can speak turkish brainded norwejian
2021-10-12 19:40
1 reply
#283

device_best_rifler_since_cphw
I'm not an ef supporter but a new igl and turkish comms could do them good. i don't think mirbit is that great of an player but a refreshing igl in turkey? why not. better than all of the same old recycled igls that get kicked and join the same team over and over again like paz. this reminds me of the old ex6tenz / France igl problem they had at one point so why not try it out. they have nothing to lose anyway ;D and if this doesn't work out, well.. english speaking teams i guess
2021-10-11 13:26
4 replies
#87

TheKaiser
Sad, they just qualified for Pinnacle series and were rounds away from going to iem winter closed qualifiers. Hoping the best for both ISSA and EF.
2021-10-11 16:00
#163

LiterallyDeepState
tarik won't come, he is fine as a streamer and he would stick to the NA even if he joined a team. I'm not sure between mirbit and xfl0ud, one is an IGL but not good enough while the other one is good enough but will force XANTARES to be an IGL further.
2021-10-11 19:19
#169

RPGWiZaRD
It's a bit of a deja vu BIG -Xantares move. ISSAA definitely not bad but mirbit could be a decent addition as he can at least add something to the IGL work even if they'd continue to let XANTARES being the main IGL. I hope they will let XANTARES focus more on fragging though. Sad for ISSAA, I think he'll likely move to Valorant now.
2021-10-11 16:41
#182

Nachtfrische
Has it ever worked out that a CS:GO player learned the language of the team? I can't think of any examples. Usually, people already knew the language (or parts of it) beforehand or the team switched to English.
2021-10-11 16:49
1 reply
#207

soduk_db
I'm smoking your grandmothers ganja it's fire and yeah but neither is Xanatres? I would rather him be unleashed and solely focused on his fragging abilities but fitting with the theme if you're going with a high impact "IGL" why not someone with a higher K/D and skill ceiling?
2021-10-11 18:17
#257

CharlesEmilNilsson
Communication is 100% key, this will improve them tenfold, did you hear their english comms? It was unbearable. Mirbit IGL as well?? Less pressure on Xantares with woxic top 5 awper and imorr goat tier entry with Calyx picking up the slack, instant top5, no question about it(not like the competition is fierce currently lol). Only good teams are navi, gambit, heroic, nip and Liquid pretty much +soon new astralis with k0nfig, Bubzkji, Lucky, gla1ve +1, perhaps decent.
2021-10-11 18:41
1 reply
#235

Ethanmeister
Sounds good on paper but, who knows. Xantares should be back on form if he feels comfortable. Woxic hasn't been in peak form for a long time even before leaving Mouz and it will probably take longer than a month for the team to jell, let alone break into the top 20...anyway, we shall see.
2021-10-11 18:54
#280

REASONABLE_GREEK_FAN
xantares is very demanding for sure, but i doubt aleksib or any other IGL would be too different. having said that, if they won against fpx yesterday, i am sure he would not have left, at least for now.
2021-10-11 19:16
#210

LiterallyDeepState
Dude, they are a 2-month-old team with a guy who has never been an IGL yet they can already beat the likes of Sinners and Spirit. Their ceiling is tier 2 anyway and they are on a good path for it.
2021-10-11 19:10
1 reply
#287

LiterallyDeepState
That wasn't going to work but ISSAA still did great. Thank you for your services o7 But I'm not happy with mirbit choice, EF's ceiling is tier 2 at best and mirbit isn't even there. We need either paz or xfloud there, paz is better since he can split or even take the IGL role from XANTARES but he probably won't join EF.
2021-10-11 19:08
#240
goku |

Miiiiiiighty
Well that was quick, but hiring him was a mistake to begin with. No point having one Guy who can't speak turkish in a turkish superteam. They should sign Paz asap
2021-10-11 19:42
#248
woxic |

Juicemoose
Absolutely the right move, it eliminated any advantage of having an all turkish speaking team to have ISSAA on it. Great player though
2021-10-12 06:23
#264
i am |

ALLAHTARES
it was so stupid to create this roster just to speak english ingame again lmao issaa is a decent rifler but not good enough to throw away native language comms
2021-10-12 09:49
#266 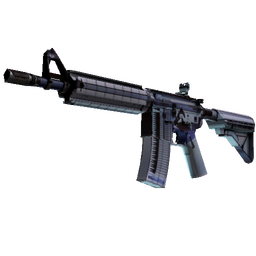