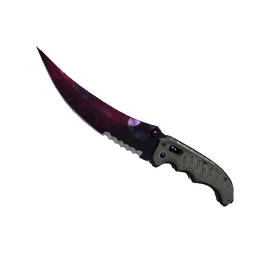 Virtus.pro and Liquid to face off in BLAST Showdown quarter-finals

The favorites prevailed on day three of the tournament as Movistar Riders and 9z were eliminated.

Virtus.pro and Liquid are set to face off in the BLAST Premier Fall Showdown quarter-finals on Saturday after coming out on top of their respective matches in the round of 16 against underdogs Movistar Riders and 9z.

Despite setting off with an impressive defense on Vertigo, Virtus.pro ended up having to fend off a resilient Movistar Riders side, who came into the tournament fresh off qualification for PGL Major Stockholm on the back of a surprising run to fifth place at IEM Fall.

Liquid will take on Virtus.pro on Saturday

The Spaniards put up a commendable effort after finding themselves down 5-13, pulling the map back all the way to the last round of regulation with a dominant CT side of their own. Despite great performances from Alejandro "⁠alex⁠" Masanet and Alejandro "⁠mopoz⁠" Fernández-Quejo Cano, however, Virtus.pro ticked off the last three solitary rounds to pick up the opener 16-14.

Mirage followed, where Movistar Riders looked entirely out of their depth outside of a brief run at the end of the first half, with Mareks "⁠YEKINDAR⁠" Gaļinskis running rampant as usual, leading Virtus.pro to a comfortable victory in the series.

It was a much simpler affair for Liquid, who didn't have much of a competition in the inexperienced 9z squad around Bruno "⁠BIT⁠" Fukuda Lima making their first European foray since the last time they made it to the BLAST Showdown in the spring season.

Unlike in the spring season, in which they took down Vitality in a stunning victory, the South American side were no match to Liquid. One-sided affairs on Nuke and Inferno put Jake "⁠Stewie2K⁠" Yip and company through to the quarter-finals, where Virtus.pro await. jliat
Liquid will fail in agonizing fashion at the major. Trust me on that. It will be brutal. That is the only thing they know how to do. Build up excitement and then let everyone down.
2021-10-15 01:17
1 reply
#43
Snappi |

kamenator
I’m a massive Liquid fan but I don’t think they would make it that far into the major. I’m still rooting for them though. Also I want to say that Liquid will beat VP but they always choke
2021-10-15 01:36
1 reply
#44
Snappi |