The bug has plagued a number of maps including Overpass, Ancient, and Inferno.

The latest update to CS:GO has finally resolved a sound bug that has been a long-running issue in the game, which allowed players to hear footstep sounds when players ran through water on parts of the map they should be unable to hear from their current positions.

Discussion and disdain regarding the bug, which Valve specified in the patch notes would emit from spectating players' death locations, has been building since the addition of Ancient, which features water around the Terrorist spawn. However, the bug itself has been previously reported numerous times and has been an issue for years, affecting matches on Overpass (B short "dirty" water + under heaven on B) and Inferno (fountain on B bombsite).

The timing of the update is crucial as it resolves the bug ahead of PGL Major Stockholm, avoiding it having an effect on the results of the main event. Another minor change detailed by Valve was a fix to a pixel gap through a scaffolding near B, outside of Cheetah.

The complete patch notes can be found below:

[ MISC ]
– Fixed a bug where water footstep sounds would emit from spectating players’ death locations. (thanks /u/birkir and others on reddit)
– Bots will be able to open more Danger Zone doors.
– Stability improvements.

[ MAPS ]
Ancient
– Fixed pixel gap through scaffolding near B

vbucksmuncher
– Made map playable again by changing the license plates most important change by far, license plates made this map unplayable, valve only focusing on the important things
2021-10-16 00:48
3 replies
#49
s1mple |

FuckImperialism
pretty sure its the map creator that fixes it then pushes it to valve for releasing in offical updates
2021-10-16 02:02
#118
kennyS |

Bactuga
Because it has been in the game for several years and its just before the Major, any Gameplay change like this one will be featured and it may be the last ''big'' update before stickers
2021-10-16 01:03
4 replies
#33

Bactuga
Ok but if they are covering this update might aswell cover everything like stability changes and pixel-gaps? no reason not to
2021-10-16 01:04
1 reply
#35

NorthRussian
This small update has major effect Hundreds of tactics,based on this bug,will become irrelevant
2021-10-16 01:06
#29

fiveOUT
Delusion+ the operations were far more frequent before(baring the hiatus between web and hydra and web came before Valorant) valorant was even a thing + Bunch of community made maps and skins bundled together with a other things is exactly what bare minimum No amount of mental gymnastics will say otherwise, so stop being delusional that valve are under any kind of pressure for maintaining a 10 year old game that has long outlived it's expected term
2021-10-16 07:59
4 replies
#81
Lucky |

fiveOUT
Doesn't change the fact that valve is still doing the absolute bare minimum. Half of the shit in operation update are done by the community, they just add a few lines of code that's it. They used to do way more towards the beginning of the game(which is expected) but now after 10 years it's obvious they don't give a flying fuck lol
2021-10-16 08:03
#52

SaintCloud
bruh i was excited to see the game updating on my steam thinking the stickers were coming but it's just the usual minor changes, i schleep
2021-10-16 02:00
#54
YEKINDAR |

FinnishPeasant
this update was legit something most people were crying about for months and now it got fixed
2021-10-16 12:19
#88

BoxedBread
yeah I can never play it; i always queue up for ancient but bastards always dodge the queue like "oops didnt mean to add this" or people just bitch the entire time if im not playing with my friends. premiere or faceit is the only way I can play it
2021-10-16 12:53
1 reply
#136
Xyp9x | 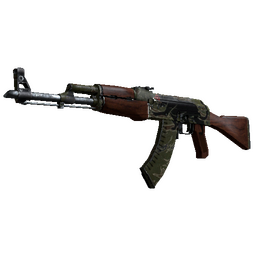