TYLOO: "We're going to try and stay in Europe"

AWPer Zhenghao "⁠DANK1NG⁠" Lv and manager Hu "CruSad3" SiLe spoke to HLTV.org about tempering TYLOO's expectations and their hopes to stay in Europe.

We caught up with TYLOO following their elimination from the PGL Major Stockholm Challengers Stage, where they bowed out with a 1-3 record after a nail-biting loss to Movistar Riders. The competitiveness of the Chinese side after nearly two years away from the international circuit impressed, but DANK1NG says that they had even higher expectations originally. DANK1NG spoke about the differences in clutches between the two regions

The team's AWPer admitted that TYLOO's goal was "to qualify for the next stage and hopefully go even further", but a few practices saw them lower the bar. "We realized there's definitely a gap between us and European teams," DANK1NG said in the interview. "Especially with some of the CIS teams, we felt like even during practice it was hard for us to keep up."

With the Asian scene providing little in terms of practice partners or events, TYLOO are hoping to remain in Europe until IEM Winter at the start of December — but that will depend on their ability to secure visas for their stay.

Traveling to Europe, a few of your teammates have been here, but for you and SLOWLY this is a new experience, so what has it been like?

The competition level is higher and I realize that we need to be more careful with all of the details because the room for error is way smaller than it is in Asia. You get punished very easily, so you need to be extra careful and put a lot of focus on the details.

How have your expectations before the Major matched up to how the event has gone?

Before we came to Europe our goal was to qualify for the next stage and hopefully go even further, but when we came here and after a few days of practice we realized there's definitely a gap between us and European teams.

Especially with some of the CIS teams, we felt like even during practice it was hard for us to keep up. Not to say that we don't have a chance, but there's work to be done in our approach to the game and in the details.

Before we came to Europe our goal was to qualify for the next stage; after a few days of practice we realized there's definitely a gap between us and European teams
Zhenghao "⁠DANK1NG⁠" Lv

You're playing IEM Winter next, is the team going to stay in Europe for that?

Hu "CruSad3" SiLe: We're going to try and stay in Europe, but a couple of us have to reapply for visas, so right now we're just looking at the situation and trying to figure out the best way to move forward.

If I remember correctly TYLOO had a house in Ukraine at some point, right? Is that the case now?

CruSad3: Actually yeah, before the pandemic we rented a house in Ukraine for a year, but that was like January 2020 and then a month later there was the outbreak, so we basically had to give all of that up and go back to China, it was all just really bad timing. We're looking at the situation and possibilities now and the goal is definitely to keep playing and practicing here as much as we can.

The number of teams definitely decreased, some players went to Valorant, some teams simply disbanded, but in general the level of the teams remaining has improved. Even with that being said, because the amount of teams has decreased, there aren't as many practice options.

Let's say we have five or six teams to practice against, but we're playing an event, then we can't practice because we're going to be facing those teams at the event, so it makes our practice very repetitive and boring to the point that people start anti-stratting in practice, so it becomes pretty chaotic.

The practice environment, in general, is pretty bad in Asia and we don't have as many tournaments as before because most teams aren't able to travel.

Isn't there also a new law where people under 18 are allowed a very limited amount of gaming time?

CruSad3: Yeah, some of the academies and newer teams had to drop players because of that rule, but it is what it is and we can't do anything about it, although we do hope that more young talents will be able to be discovered in China so that we can have longevity in the game.

Are there some highlights you have from your time at the Major?

There were two clutch situations I remember. One against refrezh, where I planted the bomb and stood in an off-angle position that people wouldn't aim towards in Asia, they would just wide-peek past it, but in Europe this kind of stuff doesn't work because the players are very careful and smart with their approach in clutch situations.

The second situation was basically the same, this time against magixx from Spirit, an aferplant situation on the A bomb site of Overpass. magixx was coming from A short and I was scoping him, but he ducked under the crosshair and peeked. I shot and hit a body shot through the wall so it didn't kill him. People when playing clutches here just seem very smart and experienced in their approach.

What was the biggest lesson you took from this event?

Did nerves mess with your confidence and focus?

Nerves were definitely a factor in our game because on some of the rounds, on T side, we were too focused on our crosshair and our monitors and didn't react as fast as we should to the calls from our in-game leader. So then the clock would go down really low and then it's a snowball, the lower the time the more nervous you get and the easier it becomes to make mistakes in tense situations.

On the CT side we got faked out too easily sometimes because of nervousness, reacting too fast in certain situations. 24-year-old Summer continues to call for the team

Talking to alex from Movistar Riders he said that they were also feeling a lot of nerves in the match against you guys. TYLOO is a classic Inferno team and better than Riders on Mirage, so you could have won 2-0 but ended up losing 1-2 in overtime on Vertigo...

We definitely felt confident after the veto because we can definitely fight on all of those maps and on Mirage we knew we would have the upper hand. We were actually expecting to win 2-0, that's how confident we were, but in some of the rounds we had bad timings and in others we made some mistakes and weren't able to capitalize on our advantage.

We won Mirage and then on the last map, Vertigo, it was basically the same situation as Inferno. Most of the rounds were very close and we had the upper hand but we let it slip away, so there were a lot of lessons to be learned from that series.

Yeah, he is. I'm sitting in the middle, but Summer is still calling.

What does the other newer player, SLOWLY, bring to the team?

So Summer is calling, I'm main AWP, somebody is kind of a lurker, the guy that has a lot of freedom around the map, and Attacker and SLOWLY are either the first guy in or the refragger. They're the entry fraggers.

We don't have that many tournaments, we have like one qualifying tournament per season
Hu "CruSad3" SiLe on Asian scene

Is there anything other than IEM Winter on the horizon for TYLOO?

So it's very important for you that the international circuit gets going again.

CruSad3: Yes, that's a very good thing for us, and of course for the whole community.

Since I don't get to talk to you guys often, is there anything you'd like to talk about or add?

We're very thankful to all of the people supporting us. Even though we haven't been to any international events for two years, as this was our first event since the pandemic started, we saw that a lot of people are cheering for our roster and we believe that with some hard work we'll be able to fight against the top of the world. I'd also like to thank the organization and our sponsors that make all of this possible. hjhjghj23
despite being isolated in asia for two years, they were competitive against heroic and they took 46 rounds from movistar compared to their 42. that match could have gone either way id bet on tyloo over any of the brazil teams aside from furia
2021-10-29 23:39
3 replies
#93
knoxville |

xaboff
bruh the fact they were semi solid 2 yrs ago before losing their carry, doesn't say shit. also y'all underestimate how much the eu scene has evolved since then while the asian one stagnated
2021-10-30 02:02
#112
anjing |

ro2a
even they have reach #10 spot in the past this Chinese have amazing RAW skills, just need more experience pro from EU and NA always suprise and said Tyloo is crazy with their own stupid strat they isolate on their own region, doing experiment thing with small rat, now they can learn more about EU style and be a better team
2021-10-30 03:27
#139

UnknownKnown
U havent seen them play then they have insane aimers and firepower but need to improve tactical side and also their late round calls are really off and random
2021-10-31 07:36
#10

Bbaris
Of course. There are lots of promising teams in SA and NA. Perhaps, these teams cannot make top 10 in 3 months but they'll show huge improvements. Who knows, maybe some of the players can even make good transfers to top teams.
2021-10-29 22:02
#142

UnknownKnown
Renegades should disband or play aus tourbaments lol with jks they was shit but atleast pit up some fight sometimes new renegades is trash
2021-10-31 07:43
#58

CNCSLUL
I'm impressed by the aim TyLoo exhibited in the major but they surely need to improve their awareness. I think playing in EU will definitely help them.
2021-10-29 21:50
#63

Larry69
They will only get better if they do. Imagine how much better teams like Renegades and Tyloo would be if they had more practice and play against international teams. Good for them.
2021-10-29 21:58
1 reply
#141

sijibats
They are wasting their potential staying in Asia. Might as well try to play against EU teams so they would improve more.
2021-10-30 00:48
#98

MadeInBathroom
Honestly, they didn’t even look that bad for being dealt a shit hand, basically not playing any officials for like a year. Hope the best for them
2021-10-30 02:51
#106

WOLFGANG_SAKI
Pog when they come back they're gonna destroy domestic competition
2021-10-31 07:39
Login or register to add your comment to the discussion. 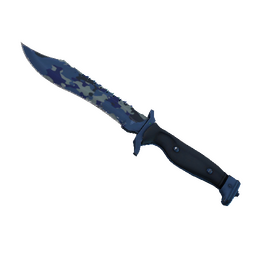