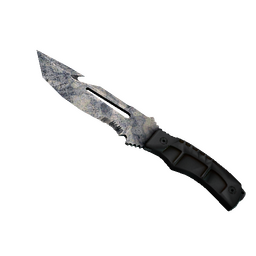 The final two players remaining on the roster find themselves transfer listed as Complexity evaluate their options heading into 2022.

Justin "⁠jks⁠" Savage and Patrick "⁠es3tag⁠" Hansen have been transfer listed by Complexity it was announced by the organisation on Tuesday. The news comes in the midst of a complete rebuild of the Complexity CS:GO roster, as Valentin "⁠poizon⁠" Vasilev and Benjamin "⁠blameF⁠" Bremer were both recently released to free agency.

The organization is now left with a single player on the active roster and that player, Marcelo "⁠coldzera⁠" David, will have his temporary contract run out at the end of the year.
This marks the end of a turbulent period for Complexity, as the supposed ‘Juggernaut’ line-up never really lived up to its potential. Several iterations were cycled through, Owen "⁠oBo⁠" Schlatter leaving with jks coming in and William "⁠RUSH⁠" Wierzba later being benched in favor of es3tag, but the project never managed to live up to expectations despite these moves. The team did experience its share of issues, particularly a lack of stability in the roster due to medical issues suffered by both poizon and Kristian "⁠k0nfig⁠" Wienecke at different times.

The final nail in the coffin for the project seemed to be the team’s failure to qualify for the PGL Stockholm Major, exiting the IEM Fall Europe RMR in disappointing fashion in 17-20th place.

It remains unclear as to what Complexity are planning for 2022, as they have yet to announce any replacement signings for their outgoing roster. They do still have coach Luis "⁠peacemaker⁠" Tadeu contracted to the organization. Keironical
I mean I wouldn't put ropz in an awping role because he's not ur traditional awper. he's good but he's better with the rifle. instead, if I were to be mouz, I would absolutely kick acor and find a better one or maybe get torzi from aca up
2021-11-03 03:06
#375

Viroxin
Poizon hella toxic and lazy though, didn't show up for pracs and stuff with Col. He has insane talent but until he can prove that he will work hard I don't think any org would want him
2021-11-03 08:24
1 reply
#446

MGenius
Yeah great just like Kjaerbye.... Worked out perfectly; Maybe don't recycle washed up pros that will never return to their glory but take upcoming talent like broky instead
2021-11-03 01:11
5 replies
#63
NAF |

JangoUnbrained
JKS is far better than Kjearbye but I fundamentally agree with you, Faze would be better of getting a young talent and developing him
2021-11-03 01:13
1 reply
#222

Jojjem81
Jks is better firepower but fundamentaly Olof is miles ahead. And who wants jks moping around on their team, the guy looks like he lost everything every round he loses.
2021-11-03 04:58
#145

12inchNRG
Kjaerbye was totally washed up and playing in a role he was not comfortable with on Faze. JKS and Olof play very similar roles, much easier transition.
2021-11-03 03:11
#137
broky |

Hanetmoko
he's not retiring for a while. faze still has high hopes for the future. regardless, the most ideal move if that were to happen would be for faze to get ropz and mouz to get jks
2021-11-03 01:49
#52
blameF |

firtlast
wHAT peacemaker evolved from team destroying to absolute annihilation this is armageddon
2021-11-03 01:05
14 replies
#47
device |

JangoUnbrained
I think Extremum failed because they didn’t get to play basically any matches apart from the RMRs and therefore had little to no practice, But I think a team around AZR Jkaem and JKS could work well, I just don’t know any Org who could pick them up, especially if they need to pay a buy-out
2021-11-03 01:16
5 replies
#108
KSCERATO |

no_pine
Fair enough, BnTeT is insane but as much as I hate to admit it I feel like Grat and AZR weren't quite there, AZR is smart and all but I feel like a lil improvement has to be done in order for them to make it to another T1 team. Other than that JKS and BnTeT sound like a deadly combo. Also, a lil out of the blue, what do you guys think of xccurate as an awper? Anyone remember how crazy he was on TYLOO?
2021-11-03 15:47
#39

Canadians_Carry_liquid
To summarize, Complexity have disbanded - JKS and Esetag (brought in for the Rush) are transfer listed, meaning any team is free to activate their release clauses. Poizon and BlameF were released and are free to be picked up as free agents. Compare JKS and Estag with Ronaldo getting bought by Man utd, and poizon and blamef with messi who switched to PSG for free.
2021-11-03 04:44
#15

iNVERNEIXEN
- team is not performing well - poizon leaves - need to find new player to occupy poizon's position - peacemaker brings in Coldzera - team keeps with bad performances - blameF leaves / kicked - peacemaker tells Jason Lake "listen i know what I'm saying. If we get rid of es3tag and jks, I can make a team around Cold, and we can create a much better and stronger "Juggernaut"" - Jason Lake falls for it - "Fallen parts ways with Liquid" - "TACO parts ways with Godsent" - "fer parts ways with 00Nation" - Check HLTV one week later... - "Rumours: Coldzera to reunite with Fallen, TACO and fer in new Complexity project"
2021-11-03 13:16
3 replies
#414

tilted_up
could play the Starrifler instead of Dupreeh as well, BlameF without IGL just madfragging would be insane to see under Glaive I think!
2021-11-04 10:35
6 replies
#427

tilted_up
He did for a few games when Cold entered CoL, yeah. Will be interesting to see the new line up, I think it's an insane upgrade and maybe the best input for years in professional csgo. If they can manage to build a real 'team' out of it and if Lucky can step up they're constantly top3 contender for sure imho!
2021-11-04 14:42
4 replies
#429

randomdanet1
I'm not sure about it, because the players they're losing are magisk and duppreh, I know k0nfig and blamef are good and have potential to be better, but magisk and duppreh are insane too.(also zonic leaving too is a big loss for them)
2021-11-04 14:50
3 replies
#430

tilted_up
yeah zonic leaving is the biggest problem and ofc it will take time to find the 'new' core since it's only glaive and xyp left. But I can see these guys gunning and stomping together, they just need to find their new style from now on. Lucky is the biggest questionmark in there but he's young and talented, so he can definately find his way into the team as well.
2021-11-04 14:52
2 replies
#431

Lagge15
My bet would be on neither of those teams. EG, CoL and C9 mainly got their fans in NA and will probably have at least 2 NA players on the roster. Spirit hasn't decided how to approach their new lineup, which doesn't align with the rumours of Flames being in negotiations already.
2021-11-03 06:45
#41
flusha |

bringbackaztec
at some point its his own fault for not making the team work, I mean if his next team is the same thing again I start to think he is to blame too for having bad calls and teamplay in the team?
2021-11-03 10:31
1 reply
#324

Khroni
+sports psychologist Bootcamping starts for them any day now, they have had time off, v4lde and Aleksi play in Redbull Flick in November OG probably won't make changes unless someone buys a player out, even then it will be either FlameZ or Aleksi and I don't see either leaving
2021-11-03 02:21
#83
nexa |

Ethanmeister
They should pick and choose players from Entropiq and Spirit so they can ruin two teams and create a team destined for failure in one go. That's a true Juggernaut move.
2021-11-03 02:54
#93
birdfromsky |

Chronochoric
Yeah I dunno. Only thing that would make sense at this point is if they really want to build the BR superteam. Since MIBR was not willing to do it.
2021-11-03 17:29
#98

Chronochoric
Peacemaker reminds me of an peacemaker from suicide squad. Someone who is ready to make peace by any means necessary.
2021-11-03 01:51
#106
stavn |

zaffie
HMU, lets build a juggernaut, give you the worlds highest salaries I love our players as individuals but these results won’t be tolerated.
2021-11-03 01:32
#109
nafany |

JasonRacism
It's not smart to buy on a high Not to mention i highly doubt Copenhagen Flames will reach any kind of success equitant to this major anytime soon ... I thought Jason Lake wanted a juggernaut?
2021-11-03 01:43
1 reply
#434
elemeNt |

hugoooo
If they are smart, they will build a BR lineup with cold and peacemaker, and move to USA, where they can farm easy spots for the biggest tournaments. For sure someone from the org thought this after seeing so many BR teams making it to the major by stealing ez NA spots.
2021-11-03 01:44
#135

JasonRacism
Jkaem never lived in Australia you fucking idiot He moved to NA and did indeed farm, He was the 2nd highest rated player n Renegades/100T after JKS (while being entry)
2021-11-04 02:36
#159

JonZherka
I imagine blamef will be going to astralis for magisk so I do not know where es3tag will go unless the give xyp the bubzkji treatment. When ropz gets bought out by one of the other orgs I could see jks going to play with Dexter
2021-11-03 03:15
#190

Eddie_Nahui
What a waste. Can't believe how they handled things. Seems like it all started when they let go of konfig. Esetag didn't even get to play with him. Yes he got injured but they should have waited to see how he was recovering. Unless he definitely wanted out. How are the remaining players supposed to perform when they bring in coldzera to replace a dedicated entry fragger? It made no sense. konfig / blame / jks was such a solid core (despite what all the noobs say about role conflict, jks actually had most of his usual roles, and despite having unimpressive numbers he made very few mistakes) they only needed a consistent awper, instead of poizon who has high potential but overall dubious decision-making that cost them a lot imho. They could have tried even smooya, who knows. Sad to see them separated :( Maybe blame will join konfig in astralis ? xyp signed for another 3 years but he's not performing very well right now.
2021-11-03 03:49
#195
H4RR3 |

pinky02
Magisk and dupreeh will never leave Astralis More likely bubzkji and k0nfig or that guy SandeN And for an AWPer they can try to get mertz from Valorant, MSL, Lucky from Astralis when they kick him after the major, Nato? I dont see better options for an AWPer in Denmark.
2021-11-03 20:32
#221

FinnishPeasant
Hell no you cant blame this on es3tag, they got him then they won some games but werent playing that good then k0nfig left and it was all doomed
2021-11-03 08:28
2 replies
#349

FinnishPeasant
Estag is nowhere near overrated, he had a 1.11 rating in astralis and was doing really well in heroic, after astralis both teams he joined were pretty broken
2021-11-03 08:24
6 replies
#279

Drppo
Will es3tag ever settle for any team anymore? Astralis made a killing on selling him, but his market value has come down significantly since then :D Short stints in three different teams
2021-11-03 09:15
#303
YEKINDAR |

ketamemedreams
absolute fucking madness from complexity. They FINALLY get jks his own apartment and visa in Denmark literally only DAYS ago, then bench him and say 'look elsewhere'. now, it's just coldzera and troublemaker left....to build a another washed up brazillian cs team? Holy fuck my brain is melting. well played complexity, you've completely shat the bed
2021-11-03 12:16
1 reply
#419
CeRq |

madkhiNg
What the actual fuck coL? Maybe waiting to see what happens after the major to build a new team but that's pretty stupid to transfert jks & es3tag, both are really solid players when not playing around a single player (blameF).
2021-11-03 12:53
#365

snimdaffokcuf
most likely going back to NA to compete vs easier teams to be able to qualify for events. I guess blameF, poizon, es3tag & JKS refused. So likely new BR-team based in NA lead by coldzera.
2021-11-03 15:32
#384