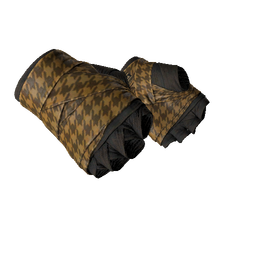 Astralis' new lineup's debut against Ninjas in Pyjamas will be the highlight bout of the opening round of matches in Copenhagen.

BLAST has revealed the seeding and opening matchups of the upcoming BLAST Premier Fall Final, taking place from November 24-28, which will see many of the world's best teams return to play for the first time following the conclusion of PGL Major Stockholm.

The opening day of the $425,000 event will see the first round of the double-elimination bracket play out, with Vitality and Liquid, two teams who are reportedly soon to undergo lineup changes, kicking off the action with a rematch from their Fall Groups encounter that saw the French side come out on top 2-1. NIP's clash against the debuting Astralis will close the opening day

On the other side of the bracket, Heroic and FaZe will follow in a second-ever matchup between the two teams, before BIG face PGL Major Champions Natus Vincere in a David and Goliath clash.

The highlight matchup of the opening round is undoubtedly the debut of Astralis' lineup following their addition of former Complexity duo Kristian "⁠k0nfig⁠" Wienecke and Benjamin "⁠blameF⁠" Bremer, which will see the new Danish squad lock horns with Ninjas in Pyjamas.

The opening round, as well as the second round of the upper bracket on day two, will be played off-stage before the competition moves to the Royal Arena for the extended weekend. The schedule looks as follows:

DDoubleE
Well mate xD Thats not what i mean. #37 Denmarks government have forbidden crowds at sport events or something like that, i cant remember. Some Dane can probably tell us more. SO yeah, idk if the crowd will be allowed or not.
2021-11-09 18:13
14 replies
#89

DDoubleE
Rule? lol. Bro, i saw the other day that covid is on a rise again in Denmark so sports events etc cant have a crowd, but, the crowd thing could be old news. They started with "corona pass" and stuff like that and they had like a 23% patient increase at hospitals. Anyways, whatever, lets just hope Blast is a LAN event.
2021-11-09 19:42
7 replies
#114

NicestHLTVuserever
No. I'm not fakeflagging. It's just that there was a guy here who posted a bait thread saying that Denmark banned all sports events and crowds and it was just a rickroll and everyone fell for it
2021-11-09 21:09
4 replies
#127
f0rest |

ryborben
The event will have a crowd. Me and my friend bougt tickets back in August. And BLAST themself have even said that it will be in Royal Arena Copenhagen with a crowd
2021-11-15 13:38
#9

LoOuU2
F for the fact that we will never get a true Device vs his old teammates game. Yes i know it happened but a BO1 isnt that much of a fun or engaging. A BO3 between them would have been a really great spectacle but sadly fate has other plans..
2021-11-09 17:26
2 replies
#29

imixiu
Its Navi. Today they wins major, tomorrow they losing to Nemiga. Chapeau bas for this major but im still dont believe to their consistent enough. We will see after blast.
2021-11-09 18:29
4 replies
#131

ramza72
THE BIGGEST BRAIN DEAD I EVER SEEN , SALTY ? STILL NOT ACCEPT NAVI BEST ? THEY WIN SO MANY TOURNAMENT THIS YEARS BRO AND STREAK WIN WHAT THE HECK YOU MEAN " STILL DONT BELIEVE " LOOOOOOOOOOOOOOOOOOL
2021-11-10 05:13
2 replies
#160 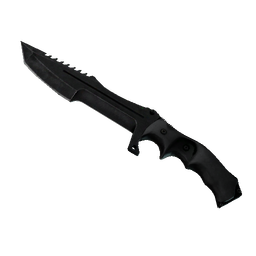