The CIS squad march on to the upper bracket semi-finals unfazed, knocking the Germans to the elimination bracket.

Natus Vincere have come out victorious in their first match since winning the PGL Major in Stockholm, taking BIG out without a hitch in the BLAST Premier Fall Final upper bracket quarter-final, their opening match at the event in Copenhagen.

BIG on the other hand will be up against the ropes on Friday at 13:30 , when they will face FaZe in the first round of the lower bracket for survival at the event. Perfecto celebrated his 22nd birthday with a win over BIG

The series kicked off on the German team’s pick, but it was Natus Vincere who took control from the get go as Aleksandr "⁠s1mple⁠" Kostyliev and company went 5-0 before BIG could make a B play stick. NAVI didn’t fret on the CT side, however, and continued to rack up rounds, giving just one more to take a 13-2 lead going into the switch. With such a gap in the scoreboard, it didn’t take long for Andrey "⁠B1ad3⁠" Gorodenskiy’s men to secure the map, 16-4.

BIG tried to strike back early on in the second map, Nuke, winning the CT side pistol round and following it up, but Natus Vincere were quick to regain their footing on a map in which they carried an 18 win streak, and started to rack up the rounds on the attack with Valeriy "⁠B1T⁠" Vakhovskiy going on a tear early on, although BIG were able to keep things close winning five of the last seven rounds.

Natus Vincere won the three first rounds of the second half before BIG put forth their best attempt at making things competitive, winning three of their own, but from there on out it was Kirill "⁠Boombl4⁠" Mikhailov and company who set the pace with an impressive B1T at the helm, as the youngster ended the 16-11 victory with 29 kills. Erudite_Dane
Now that's a real team right there. @s1mple if you're reading this, perhaps you could stop playing Valorant everyday like Liquid players lmao.
2021-11-24 19:03
9 replies
#49

1nsaneMe
I think he was just chilling on nuke t side. He was laughing when rounds ended in their favor and had no aigns of distress on his face even when he had negative kd. And on d2, i think it was just hilaripus he pushed top mid with awp and dude was just holding cat with a deagle at one point. Point being it didnt seem like he tried his best at all.
2021-11-25 10:54
1 reply
#84
dupreeh |

Erudite_Dane
Yeah, he said in the post-match interview as well that he's just sitting back and chilling, holding his own positions. "If necessary, I can always step up in difficult games". Many casuals don't understand that though.
2021-11-25 10:59
#12

gojira_
Definately top 20, but he wasn’t playing for the first 4 months of the calendar year so yes he is a lights out player right now, but as far as statistics are concerned he had 0 rating 0 kast 0 impact 0hsp 0 wins until mid April. Don’t worry next year top 5 player if he maintains this insane form
2021-11-24 19:11
4 replies
#31
minet |

P1^t0N
Did you see match & his interview after match where he said it was like practice on LAN? He just chilling bcoz his teammates are fired up!!! Bommich was top fragger on Dust2 xD No need to take stress anymore
2021-11-25 07:29
#58

SebL
At this point idk. who can stop this team, like really, I think they are no.1 when it comes to firepower, but they also have strong structure, insane map pool, great player, overall I don't think there is a team that even has potential to challenge them in this form. BIG is just awful tho, like you really have to go for a rebuild, faster you do it the better, there is no one that can take the game on his shoulders, you want tabseN to be your star player like give me a break, he is insane player but he shouldn't be the best performer on your team cmon, I hope that they keep him and maybe syrsoN and rebuild asap., because this is just sad.
2021-11-24 21:33
#63
jR |

Teztyment
BIG is not a trash team by any means. Na'Vi is just the best team in the world right now with G2 and Gambit being behind by a few miles.
2021-11-25 17:46
Login or register to add your comment to the discussion. 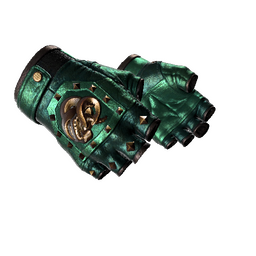