A showdown between two debuting lineups saw Astralis take the cake on the back of a massive Kristian "⁠k0nfig⁠" Wienecke performance.

In a match between two new rosters, Astralis got off on the better foot at the BLAST Premier Fall Final with recent additions k0nfig and Benjamin "⁠blameF⁠" Bremer, taking down NIP in a 2-0 series (Nuke 16-7, Overpass 19-16). The Danish side will next face off against Vitality on Thursday at 18:00 in the upper bracket semis, while NIP have fallen to the lower bracket to lock horns with Liquid.

Dubbed "the berserker," k0nfig put up a monstrous showing over the course of the two maps to help his new team secure their first victory in Copenhagen. Averaging a 1.52 rating in his first official match in four and a half months, the 24-year-old put any doubts over his form to rest after he spent some time away from the game due to a wrist injury.

"I think this was the best thing that could happen, honestly. I've been kind of afraid of if I would get back on my level," k0nfig said in a post-match interview on the broadcast. "Maybe I'm just lucky, but two maps in a row can't be lucky, right? (laughs)" k0nfig stole the show with a godlike performance

The former Complexity star's exceptional performance was far from the only thing to be learned from the new Astralis' first official appearance, however, as the match gave us insight into the team's intriguing new approach towards the AWP. Surprisingly, the big green gun was seen mainly in the hands of Lukas "⁠gla1ve⁠" Rossander and k0nfig instead of Philip "⁠Lucky⁠" Ewald, who had been the Danish squad's main sniper ever since his addition over the summer.

Despite the big changes, the Danish powerhouse was too much to handle for NIP, who had brought in Patrick "⁠es3tag⁠" Hansen to replace Linus "⁠LNZ⁠" Holtäng on the roster ahead of the tournament, a swap that the team has admitted would take some getting used to due to the introduction of another Dane to a Swedish-speaking team.

The new NIP combination looked competitive at times throughout the series, but the Terrorist side woes that had plagued them at the PGL Major continued on Nuke, and they had no one come anywhere near matching the individual output of k0nfig.

Another poor start meant Astralis had the upper hand on Overpass, as well, and with k0nfig maintaining the level that he had shown on Nuke, it seemed as if the series would come to a swift finish. A win with just pistols in hand put NIP back in the game, however, and the two teams continued to trade blows to stay on even ground until late in the map.

Astralis eventually strung four in a row to reach match point after turning around several man-disadvantage situations, and although NIP proved difficult to finish off, gla1ve and company got the job done in overtime on the back of a flawless offense. 1nsaneMe
He is not supposed to be a fragger. He plays support/anchor roles. As long as he clutches he's good. Dont look at stats while judging entry fraggers and support players. Look at their impact in game.
2021-11-25 11:00
#141

Kon10R
Just a ridiculous line of thought. If any. I guess you are in the early teens ... right? Howbowd THIS analysis: The "old squad" are letting the youngster do whatever he wants to do. He of course can't replace Dev1ce (NO ONE CAN!), so he has to develop his own play. Config and BlameF replacing Dupreeh and Mag1sk? Same same. "Motivation" seems to be the difference. In short: The "old guard" take on all the "heavy responsibilites" and Lucky can develop over time. THAT'S how Astralis will regain the spot as THE numba one in the world. The "washed up" bs is juzz a youngster who wants to see flashy stuff, but in fact doesn't consider what "experience" is all about.
2021-11-25 04:19
1 reply
#129
s1mple |

adererror
feel bad for es3tag because he has not had much time to settle in any team long-term and show some results (other than that period in Astralis). hopefully, NiP dont kick him after 3 months but actually give time for the project to work
2021-11-24 22:35
7 replies
#58
k0nfig |

adererror
I think that he feels overrated since leaving Astralis because I remember he was very good in both Heroic and Astralis
2021-11-25 15:35
1 reply
#153

soduk_db
Yeah Astralis should've just kept es3tag on the lineup instead of him wasting his time and talent on a dying coL and I don't know how long gla1ve will last especially when blameF is on another whole level entirely when it comes to the fragging department! But on the real if they still had device instead of Lucky they would be a favorite going into the next Major IMO.
2021-11-25 07:30
2 replies
#132
coldzera |

Cloutless
Think theyre having lucky develop as a support rifler since hes good with util and is fairly decent in the clutch Still not a good sign
2021-11-25 00:11
4 replies
#86
CigaretteS |

MrShroom
Blame is playing lurk roles which glaive used to play. As an igl, glaive can't sit back in support roles. So awping makes more sense for this team and let lucky develop into support player considering his performance with rifle. Also roles wouldn't be finalized yet I guess with just two weeks of praccs.
2021-11-25 05:15
#7

SunshineDaddy
Yeah I noticed that after I commented. I guess it’s pretty hard to take in though since the S0mple meme has been used for years and now it’s suddenly not true anymore.
2021-11-25 11:00
1 reply
#136

did_do_somthing
i hate thorin so much. usually i like to hear what the desk thinks about the matches i watch, but honestly during the major it was so unbearable to hear thorin on the desk. idk how the fuck did thorin even get that gig.. did he offer to work for free? he behaved on the desk like he does on twitter and i think that at a prestigious tournament like the major you don't want an analyst who people can't even bear to listen to, because he's a 38-year old twitter edgelord.
2021-11-26 03:45
#106

aresONE
Yep. As mentioned in the interviews with danish TV afterwards he is really sick (as k0nfig said: he hasn't been sick for 2 years, and know he he gets sick when they have to play their first tournament). He was out puking before the match, between the maps etc.. - so he was just feeling really really bad...
2021-11-25 08:17
#147
olofmeister |

Erudite_Dane
The thing is, k0nfig and BlameF put up those numbers even after k0nfig having broken his wrist and BlameF being so ill. Imagine them all in form. Also, Lucky's really underwhelming, that's sad to see. His time is limited.
2021-11-25 11:02
#140

SebL
I'm so happy to see k0nfig performing at this level, I was so afraid that this wrist injury would make the same to him as it deed to olof or GuardiaN. Astralis played insane this match, maybe we finally get a roster that could challenge NaVi? I can't wait to see more of their matches. This match was insanely bad from NIP tho you can't hide it, they looked trashed by Astralis individually, on a team level, and if not some crazy opening kills from dev1ce this could've looked much much worse. GGWP!
2021-11-25 14:42
#148
Hiko |

thejoremme
how many times do you want to hear that es3tag is more a "glue player" than hard carry... when he had a proper opportunity to shine, he did exactly what he had to do otherwise he played in a c9 roster that had nowhere to go, a falling complexity, and it's only his first game in nip ffs what do you actually expect him to do?
2021-11-26 03:53
1 reply
#160 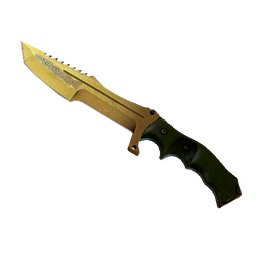