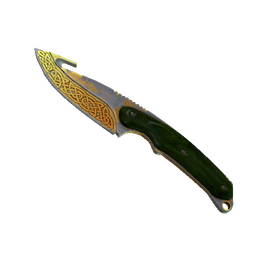 Snappi ruled out for IEM Winter, Maden steps in for ENCE

The Danish in-game leader will miss the event as he tested positive for COVID-19.

Update: Snappi has Tweeted that he hopes to join ENCE at a later portion of the tournament if he returns a negative test in time.

ENCE will be playing with a substitute at their last LAN event of the year. The Finnish organization will be without the services of the 31-year-old Marco "⁠Snappi⁠" Pfeiffer as he tested positive for COVID-19, with his place being filled with Pavle "⁠Maden⁠" Bošković from FunPlus Phoenix.

The Montenegrin rifler is currently benched on FunPlus Phoenix, who have discontinued their CS:GO division, and will be playing his first official since losing to ENCE in the closed qualifier for this exact tournament over a month ago. Snappi misses out on the LAN event

Despite getting a strong prospect such as Maden to stand in, losing their in-game leader for IEM Winter will be a big hit for ENCE, who have posted some worrying results recently. The international roster did well in the Challengers Stage of the Major, but got eliminated 0-3 after one-sided matches in Legends, following that up with a group stage exit from Dreamhack Open November.

IEM Winter will be their first outing in over two weeks, happening on December 2 - 12 in Stockholm, Sweden. ENCE find themselves in group B with the likes of Gambit, FaZe, and fnatic, and will face Virtus.pro in their opening match.

ENCE will use the following lineup at IEM: Stonkamies
I am pretty sure that doto will be igl because when ENCE was planning on making new full finnish roster before going international, doto was supposed to be the igl.
2021-12-01 01:21
1 reply
#109

SparklMastr
bruh ENCE roster was (is) actually pretty cracked but losing snappi for the event probably screwed them
2021-11-30 19:51
#30
nafany |

notits
well during IEM Fall spinx and dycha were only ones performing as well, literally hard carrying but you never know, maybe they find this form again
2021-12-01 17:20
1 reply
#124