The Brazilian coach's tenure on the roster comes to an end after just four months.

Luis "⁠peacemaker⁠" Tadeu is no longer a member of Complexity, the Dallas-based organization has announced. In his own post, the Brazilian coach revealed that he is a free agent, and also pointed toward a change in direction that is incoming from the organisation.

For the 33-year-old, it ends a turbulent time attempting to take the reigns of a squad that was on its last legs, given that Kristian "⁠k0nfig⁠" Wienecke would not return to the roster after being sidelined for an injury and would be joining Astralis upon his return. peacemaker joined Complexity in July and was behind the team for just five events, in which they missed out on making the BLAST Premier Fall Final following early exits in the Groups and Showdown stages, as well as failed to qualify for PGL Major Stockholm after a 17-20th exit at IEM Fall.

The final nails in the coffin of this Complexity roster began to get hammered in shortly after their BLAST Showdown exit, when Valentin "⁠poizon⁠" Vasilev was released and the team used Aleksi "⁠allu⁠" Jalli as a stand-in for the IEM Winter closed qualifier.

After failing to advance to the main event, Benjamin "⁠blameF⁠" Bremer, Patrick "⁠es3tag⁠" Hansen, and Marcelo "⁠coldzera⁠" David's tenures also took their leave, with the first two players making moves to Astralis and NIP, respectively, and coldzera's short-term deal coming to an end.

Just Justin "⁠jks⁠" Savage remains contracted and on the transfer list of the Dallas-based organization, while peacemaker can explore other opportunities heading into 2022 as a free agent during the off-season shuffle period. BernardHusseinSanders
I would say his stay there was a success. mission accomplished with the team disbanding!
2021-12-01 03:23
3 replies
#21

Zwenix
Feels like it. People will hate and say he destroyed col but the truth is the situation is similar to michu's- joining trash team and can't do shit alone
2021-12-01 12:08
#29

batcompany
There's a rumour that Vini is joining the new Team Liquid with Nitr0 and shox. Fnx doesn't wanna play anymore. Boltz finally have a promising team. I can bet fallen N fer are teaming up, but I don't have any clue about the remaining players.
2021-12-01 04:24
#81
k0nfig |

aimdemon
Really doubt col would wanna babysit Fallens for fun project. Steelega is available, maybe zqks or someone i mean they're all washed anyway doubt any serious org would sign the Fallen retirement stack.
2021-12-01 08:07
3 replies
#93

aimdemon
I think as bad as they managed their previous roster col still has a bit more ambition than playing snow sweet snow level tournaments but we'll see.
2021-12-01 09:23
1 reply
#177

Gonginator
I hope so. It saddens me to see these "legendary" organizations pick up rosters just for the sake of having a roster and not shelling out enough money for actually "good" rosters.
2021-12-01 18:14
#46
dennyslaw |

Kucuser
His arrival at CoL is best argument that this org have no idea what are they doing. Literally guy is walking meme of disbanding teams and they still took him.
2021-12-01 09:04
#94

ferk
Nobody could have foreseen this outcome 4 months ago... Sometimes I wonder who takes these kind of decisions in the organizations and why they don't surround themselves with experts that say to them 'this is a huge mistake' before taking a bad decision.
2021-12-01 09:59
#101

jorneiro
This guy has to have compromising material of about every team manager in the scene or something, there's just no way he keeps getting hired with a track record like this
2021-12-01 10:58
#107

esanchez47
To be fair, Complexity was going downhill before him so i don't think the memes are accurate. I thought that with him maybe the brazilian project would be made in coL, but now i'm more intrigued to know what does Jason Lake have in mind for the CSGO team.
2021-12-01 19:04
#180

Lukhwin
I swear, every time Peacemaker gets into a team, he changes players and it ended poorly to the point the team disbands. He should rename himself from "Peacemaker" to "Chaosmaker" at this point.
2021-12-01 20:53
#186
JamYoung |

Protvino_best_place
Peacemaker aka destroyer of every team he steps in
2021-12-03 00:42
Login or register to add your comment to the discussion. 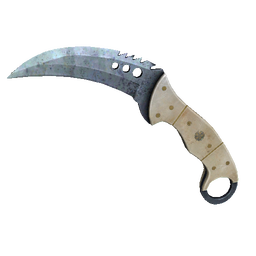