HLTV.org brings you a viewer's guide for one of the final events of the year.

IEM Winter kicks off tomorrow, running from December 2-12, taking place in a studio environment in Stockholm. 16 teams arrive in Sweden to battle it out for a cut of the $250,000 prize pool, as well as for precious ESL Pro Tour points that contribute to qualification for IEM Katowice 2022.

The event begins with the teams split into two double elimination groups, with the opening matches being best-of-one and the rest best-of-three. Then will come a single elimination, best-of-three playoff bracket, where the winners of each group are seeded directly to the semi-finals, whilst second and third in each group proceed to the quarter-finals. The grand final will be best-of-five. The groups for IEM Winter are:

A stacked field features eight of the top 10 teams in the HLTV rankings, and 14 of the top 20. Notably, Natus Vincere are absent from the team list, meaning there is no clear favourite to take home this title, and everything to play for. The top four teams at the event, Vitality, G2, Gambit and Heroic will all fancy their chances, however there are some compelling dark horses such as the new-look Astralis fresh off a third-place finish at BLAST Fall Final.

The schedule for the event is as follows:

Some of the best in the business will be bringing the action to live from Stockholm, including duo Alex "⁠Machine⁠" Richardson and Chad "⁠SPUNJ⁠" Burchill fresh from casting the recent PGL Stockholm Major final.

The full talent roster is:

Finally, the prize distribution for the event is: 1nsaneMe
Umm they are playing with shox and kyojin who are about to leave the team at the end of this year so there is no point for them to prepare much coz there is no future for them in vitality so u can expect a 4v5 at least every game since kyojin is gonna be a dead weight even if shox decides to give his best. Short answer - a dead team is always a reasonable excuse.
2021-12-02 09:41
#21

SWARN151
Damn, wonder if we see some upset victory teams here. Without a crowd to upset the morale of Heroic, they could be prime contenders to win. Even though recently, Vitality players have been in form. So, ZywOo might finally get an MVP. I'd love G2 to win, though. Gambit winning/losing might change the order of HLTV Top20 2021 as well. Interesting event. All the best <3
2021-12-02 05:44
#59

1nsaneMe
As smart people say, it's about knowledge not language. Language is just a means to share the said knowledge. It's not Ynk and Kassad's fault that the CS scene is lacking good english native analysts. 🤷🤷
2021-12-02 09:45
4 replies
#94

BirdBath
So a German speaking analyst you can’t understand is fine because they are smart? I guess dumb people are ok with that. It’s also entertainment. These guys are boring.
2021-12-03 07:50
3 replies
#95
s1mple |

1nsaneMe
Idk it's pretty obvious he is understood by the most which is why organizers hired him. it sounds like a you problem to me. Anyway, mostly people who think themselves as smart often turn out to be the dumb ones. Just saying!!🤷
2021-12-03 08:52
2 replies
#97 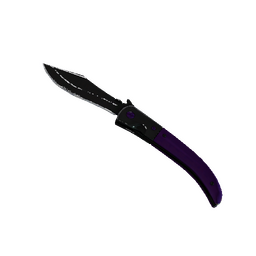