Snax to take break from competition through end of year

The Polish veteran will take December off to recharge.

Anonymo have placed Janusz "⁠Snax⁠" Pogorzelski on the bench until the end of year following a period of fatigue and burnout, the organization announced on Thursday. Currently, no replacement has been announced, but the team are set to field Piotr "⁠nawrot⁠" Nawrocki in their match on Friday in Exeedme Revolution 2021.

On his Facebook page, Snax explained that the team didn't meet their initial expectations and that following Anonymo's placing at the ESL Pro League Season 15 Conference, he was no longer feeling happy playing the game. Anonymo lost to Movistar Riders and Sprout at the EPL Conference

The Polish team also made a roster change earlier in the week, when Kacper "⁠Kylar⁠" Walukiewicz was benched in favor of Patryk "⁠Demho⁠" Tomaszewski. Enticles!
a lot of these players that people keep referring to as being washed, are really just victims of meta changes. KennyS is a prime example, he was beastly once upon a time, then an awp movement nerf comes in and instantly renders him incapable of those incredible plays that made him famous in the first place. Same thing happened to the Polish VP squad, the all swedish fnatic and NiP squads, and the brazillian SK squad. if you don't keep up, you get styled on by those who do, and eventually drop out of Tier 1 CS and get forced into retirement.
2021-12-03 21:09
#25

Umeroff
Most newbies don't realize this but these smoke plays that modern players do, Snax literally invented those plays and that playstyle :)
2021-12-03 03:44
3 replies
#26

CRMN1
The cache smoke play where he infiltrated behind iBP is so legendary even steel who was known for being one of the masterminds of the game at that time was mindblown
2021-12-03 04:03
1 reply
#29
Boombl4 |

Umeroff
He was a god at those plays. Also another one on mirage with the AWP vs fnatic or maybe Godsent I don't remember but he literally walked in smoke with the AWP and killed them on A mirage. Haha. *sigh*
2021-12-03 04:13
#217
ropz |

MibrSeanKaempf
They could take TudsoN make him primary awp, turn snatchie into a hybrid. Than sign a IgL in place of Demho or go International and sign MSL
2021-12-03 11:34
#166
siuhy |

gregfromjersey
My parents are from Poland. I have watched Neo & Taz since I was a young teenager. This looks like the end for Snax. Pasha and Byali's careers ended some time ago. Polish CS fell apart after Neo & Taz retired, there is no new blood in the pipelines. In Dota2, there are only 2 superstar players. What has happened? Polish gaming is dying.
2021-12-03 05:35
6 replies
#46
fnx |

Patrizio
Lol only Pasha left the Pro Scene. Byali is wasting rest of his career in Izako Boars what is just decent Polish team. Snax played at best teams in Poland but every time he stays in teams like that, they are falling apart. Neo and Taz build Org to help PL scene.
2021-12-03 08:25
#138
Goofy |

JoeCugg
Actually there is 2 players at semi lvl in ence (dycha, hades) and maybe kei from sprout but when VP was in prime maybe just innocent was at lvl like this duo from ence. So imo polish scene was never dying, polish scene its just average when u take out VP at whole history. (sry for english)
2021-12-03 18:38
#45
s1mple |

Krs7
Actually before he became an igl he was carrying anonymo beside kei and still has that amazing game sense just aim got worse
2021-12-03 06:40
#63

xBG1
he is playing with innocent and imd for over 2 years, and he was forced to igl which he doesnt like but everyone who was playing with him calling him the best igl they've ever played
2021-12-03 19:02
#48

ALWAYS_FORCEBUY
Respect, enjoy ur break snax <3 Everyone shit talking him in comments, at least he never acted like other old legends of the game, saying they wouldnt play again if it werent with a T1 roster. Snax instead gave back to his community and raised the youth players of Poland instead of reaching for immediate glory again
2021-12-03 05:59
#50

tapooz
It felt like there was a sliver of hope for polish CS when anonymo had snax, Innocent and Kei on the roster. Mynio seemed like a decent igl too. Cant really blame snax for losing motivation when polish cs is dead and despite the fact that there are a lot of talented players he ends up playing with snatchie and rallen
2021-12-03 08:57
#87

madkhiNg
It's seriously sad for the polish scene, it feels like there is a roster change every two months. Is there no lineup that could work and establish themselves as a top team? Or at least a top20 team? It feels like they have good players but can't find chemistry, all the talents are split in so many different teams.
2021-12-03 09:21
#93

SebL
I really hope he comes back but not in this team, he really deserves better, he is still a decent player, and this Anonymo team is completely trash, if not him and snatchie they wouldn't be in TOP 3 in Poland most likely. Get well soon Snax!
2021-12-03 12:21
#164

sajlent
POLISH SCENE XDDDDDDDDDDDDDDDD
2021-12-05 19:45
Login or register to add your comment to the discussion. 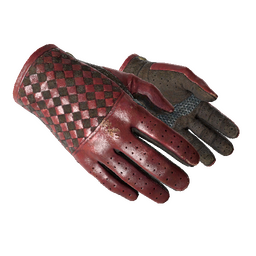