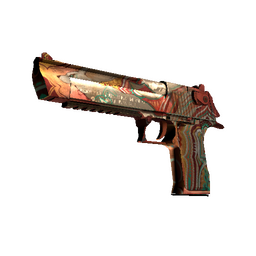 NIP through to IEM Winter semi-finals over GODSENT

The Swedes rallied in the decider, Ancient, after trading map picks with GODSENT.

NIP have survived the first round of the IEM Winter playoffs, ending GODSENT’s cinderella story in the quarter-finals to secure a spot in the semis, where they will now face the top seed in Group A, G2, who qualified directly to the second round of the bracket.

The Swedes kicked the series off with a 16-10 win on GODSENT’s map, Nuke, setting up a possible sweep going into Overpass, but a lackluster terrorist side saw the Brazilians smash their way back into the series with a resounding 16-8 win on NIP's pick.

After NIP claimed victory on Ancient, 16-8, it was Hampus "⁠hampus⁠" Poser and Nicolai "⁠device⁠" Reedtz who ended up the highest-rated players in the series, as well as on Nuke and Ancient, with the Swedish in-game leader averaging a 1.22 rating and the Danish AWPer following close behind with a 1.20. NIP will face G2 for a spot in the grand final

NIP and GODSENT went at it on Nuke to kick things off, with the Nordic team’s Danes, device and Patrick "⁠es3tag⁠" Hansen, putting in work on the defense to get the Ninjas in the lead early on despite giving up the pistol round. Solid defenses ended up in NIP hitting double digits, closing the first half out 11-4.

After a slow start on the attack Epitacio "⁠TACO⁠" de Melo and company won five of the first six rounds on the defense to hit double digits, threatening a dominating side before the Swedish-Danish squad kicked into overdrive with hampus putting on a display with four multi-kill rounds in a row to lead his team to a 16-10 victory.

Going into NIP’s map pick of Overpass it was actually GODSENT who were able to assert their will early on, getting off to a flying start on the defense with all five players firing on all cylinders to take a commanding 13-2 lead by half time.

NIP won the crucial second pistol round, on the CT side, to stay alive in the map and keep their hopes of winning the series in two maps alive, slowly but surely adding rounds to the scoreboard while threatening a comeback in the early stages of the second half. But as NIP did on Nuke, it was now GODSENT who found the key on the attack to win four consecutive rounds, making it 16-8, and tie the series up. It was NIP on the CT side who took the first pistol round on Ancient, but GODSENT hit right back hitting the B site effectively in their second-round half buy. Neither team was able to take control, however, and for the first time in the series the two teams started neck and neck until a device-powered NIP took six of the final seven rounds to lead 10-5.

Björn "⁠THREAT⁠" Pers’s men took the second pistol round to inch closer to victory, following it up twice ahead of the first proper gun round, 13-5. GODSENT won a critical gun round to stay in the series, but NIP won a pistol buy after losing several rounds in a row to make it 14-8, maiming the CT economy after which they hit match point. NIP then closed out the map 16-8 to bag the series and earn a spot in the semi-finals.

sn1pie
he might be washed, but he is the least washed out of the brazilian era team cold washed fallen washed fer washed af taco still good, better igl than fallen rn fnx washed
2021-12-06 02:14
4 replies
#69

SaintedPlacebo
The difference between him and the rest imho is that he plays like he knows he isnt what he used to be compared to the players of today and so he plays his spots and roles differently. Its much better to be a low rated player that has a lot of experience and enables your teammates than it is to be a low rated player that thinks he is the star he once was. Its why Shox does so well on Vit imho, he adjusts his play because he knows how to make the most of what he has to offer.
2021-12-06 05:20
2 replies
#72

marcelovp17
You got a point there, but godsent hasn't completed a year with this roster and got a on-line title, a spot at the mahor challengers and a quarter final spot at this IEM, furia has some good years competing
2021-12-05 22:20
5 replies
#59

Omulek17
? Furia started playing in NA in the end of 2018 and in less then 1 year they achieved a spot at IEM katowice major, Semifinal of dreamhack , final of ECS beating Astralis 2 times, MDL NA title undefeated + MDL global challenge title. Its funny how godsent is following the same path than Furia. Both started their path with a 0-3 on challengers stage and have had surprising campaigns on their first non - major tier 1 events. Brazil coming strong into 2022
2021-12-05 23:07
3 replies
#71

SaintedPlacebo
i think that furia has been in a bit of a down period much like Liquid, though not nearly as bad. the expectations for the team is much higher than godsent. i also think that they overperformed at the major and i would like to see if they can manage to keep the form going unlike a team like RNG/100T/Extemum who were never as good as the top8 major suggested.
2021-12-06 05:23
#81

aR__
Amazing by TACO ngl, I didn't even think they could do get onto a playoffs at S tier event. I did think they could put up a fight but damn they are better than I thought. Never judge a book by its cover, damn true. TACO did it with MIBR he does it again with GODSENT. +Respect
2021-12-05 20:25
1 reply
#58
LNZ |