Boombl4: "We won BLAST Global Final from the lower bracket, I think we can do it again"

A long season filled with success has taken its toll on NAVI's energy levels, but they still have their eye on the trophy in Copenhagen.

Natus Vincere recovered from an early upset loss to Liquid in the opening series of the BLAST Premier World Final, having since eliminated Heroic, Nikola "⁠NiKo⁠" Kovač's G2, and handed revenge to Liquid in the lower bracket. Following the three aforementioned victories Kirill "⁠Boombl4⁠" Mikhailov and his men are in the consolidation final, where they will face Vitality in the last day of play at a Big Event in 2021 in hopes of making the grand final against Gambit later in the day.

If Natus Vincere manage to make it to the grand final in Copenhagen, it would draw an uncanny parallel to the BLAST Global Final 2020 tournament that opened up the year in January, where the CIS squad lost to Liquid in the opening match before taking out Complexity, G2, Liquid and Vitality on the way to a title after beating Astralis in the grand final. The 22-year-old in-game leader agreed with Andrey "⁠B1ad3⁠" Gorodenskiy's sentiments that the team could be running low on fuel, but Boombl4 also stated that Aleksandr "⁠s1mple⁠" Kostyliev is back to his best self and talking about winning the tournament, which will no doubt be a big confidence booster for the team as they look to wrap up a brilliant 2021 in which they won several trophies — including the PGL Major — with one more victory before taking a much deserved break before the 2022 season.

Liquid decided to go straight for Inferno as their pick in the lower bracket final instead of Overpass, perhaps trying to target a map they saw some weaknesses in. Do you think it was a mistake on their part?

They saw our Inferno, the third map [in the opening series], they were leading like 14-4 and they thought they could destroy us easily. We played it twice, against them and then against G2 and of course we're working on our mistakes.

If they picked Overpass, we were playing it really bad but we fixed our problems on it as well, so I don't know. Maybe it would have been better for them? It depends on their confidence, but we always work on our maps that aren't good. We fix our mistakes and evolve game by game.

Our pick, Dust2, I think it's a better map for us because their T side is maybe not so strong. We can see that they're not confident on the map's T side.

Talking about Inferno, I spoke to B1ad3 yesterday and he was saying he was unhappy with the way things were going and that you'd work on it overnight. Did you have time to make changes from yesterday to today?

Yeah, of course, we're adding new things day by day and we're watching how our enemies are playing Banana, because that's the main position on the map. We need more practice on it because I think that when you're not playing the map a lot you have to focus on practice.

We don't have a lot of time because we played a lot of tournaments and when you make it to the final you don't have a lot of days to practice every map. This is the main problem, but still, as I said before, we're doing new things and trying to control the enemy, how they're playing and what they do.

One more thing B1ad3 mentioned was that you guys could be running a bit low on energy. We're almost at the end of the season and you've played a lot of tournaments, is getting some victories now giving you a little bit more fuel?

Yeah, of course, the first game was crucial for us. We understand that it's the last tournament and that we need to show our maximum because it was a great year for us. The Major, a lot of titles, and you know, if you win a lot of trophies you don't want to lose the last tournament, two games and just go to the holidays after. Tomorrow is the last day, it'll be a hard game or hard games if we win the first one.

Vitality and Gambit are putting on top performances right now, Vitality won IEM Winter and Hobbit said in an interview that they played a lot of tournaments to get experience and they're ready to win this. It'll be interesting matches, Gambit will have a little bit of advantage because they'll be able to watch the game and us or Vitality won't have a lot of time to prepare, but we'll see what will happen.

The second game will be more about the energy and fuel. Last time we made it from the lower bracket, so I think we can do it again.

The consolidation final will be you against Vitality, a team you've been beating a lot lately. You beat them twice at BLAST Fall Final, you beat them at the Major, does that make you confident?

You feel confident against any team if you've beaten them before and you know how to play and how to beat them. I think we're confident against every team, but there are some teams that are harder to play against, like Liquid, because they're a clutch team.

Liquid have great individual players and it's hard to play the 3vs3 situations, which I think is the key scenario in the NAVI vs. Liquid matches. Against Vitality it's a hard game every time, so we'll see what happens.

Vitality became champions since you last met them, at IEM Winter, so maybe that gave them some confidence too.

Yeah, I think they have a lot of confidence. Every team wants to win this and they won IEM Winter. misutaaa is performing really well right now, at a top level, maybe the best performance for him in his career. I think they're very hungry for a title, it doesn't matter what will happen next year, they're a team and they want this, so it will be a really interesting and great match.

Speaking of great performances, s1mple is really coming alive now. He was crucial in the G2 match, particularly on Mirage, and he put on another great show against Liquid. Is he the key to NAVI succeeding here?

Yeah, of course, sometimes you need to feel the game on some maps, like the Mirage CT side against G2. He was destroying every T round. Right now he feels more confident, he's doing a lot of stuff now, I was feeling it in the game against Liquid. Like the round on Dust2 with the Scout.

Right now s1mple feels more confident [...] I was feeling it in the game against Liquid
Kirill "⁠Boombl4⁠" Mikhailov

It was a very important round, we were losing something like 6-10 and he got three headshots. I don't know what happened, but I feel like s1mple is back and he's saying that he wants to win this tournament. It's the last day and we need to give everything.

I'd like to take a minute to talk about your calling. What is the importance of Boombl4 as an in-game leader? B1ad3 is seen as a tactical mastermind, and that you're channeling him in the game. But how much of it is you and how are you working with him?

He's teaching me how to be better all of the time. We're not trying to be one in-game leader telling all four players what to do, we're trying to all be on one level of understanding in the game, working together. We work together after games, we'll watch some demos and B1ad3 will tell me what I did wrong, if it was stress, or if I have some problems with mid calls.

I have the motivation to be better and he sees it, so I'm trying my best and of course, it's the last tournament after a long journey this year. Maybe you can feel tired because at the last tournament, the BLAST Fall Final, I was having some health problems. I had 39 degree temperature for six days and gastritis and some problems with my teeth so it was really hard to play that tournament. I had a chance to go to Moscow and B1ad3 would play, but I stayed because I was already here. It took a lot of strength because I was having a lot of health problems.

At the start of the tournament I wasn't feeling much energy because at every tournament I'm screaming and now when we're winning, like against Heroic, I'm not screaming and I don't know why. Maybe I'm tired, but I'm trying to do my best because it's the last tournament and everyone wants to win.

Are you feeling better now?

Yeah, I'm feeling better right now, I don't have problems with my health, but still, it's a long journey.

Gambit's already in the grand final. What would it mean to play them if you beat Vitality?

That would be a great CIS final for the community because it was the great battle at the beginning of the year and we had the Major semi-final battle, and of course they'll want revenge.

I know that nafany guy is screaming every time so maybe in this game I will scream like I usually do. But yeah, like I said before, it'll be a hard day and I'll be very proud of my team if we can do it. l1m4k
looks like NaVi getting better and better from match to match in this tournament, it shows once again what they're capable of as a team, make a lower bracket run it's possible but required B1T and electronic follow s1mples' numbers at the end of match
2021-12-19 12:28
#9
ropz |

bengalianskitzo
Only me that thinks the headline is dumb? It could literally mean that they won the whole thing, should be more in line like: Won blast global final "IN" the lower bracket, or maybe they are fortune tellers and know navi will win in the future, not that i don't think they will win the whole shit but... plz don't give people the wrong idea for those that doesn't know the tournament is over...
2021-12-19 15:22
2 replies
#73
s1mple |

wuhan_virus
”where the CIS squad lost to Liquid in the opening match before taking out Complexity, G2, Liquid and Vitality on the way to a title after beating Astralis in the grand final.” almost same opponent wtf
2021-12-19 15:41
#57
NiKo | 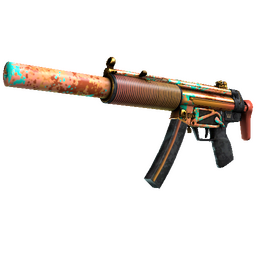