The young American spent exactly one year with FURIA.

The 21-year-old AWPer has been on the bench since June when the organization opted to return to a fully Brazilian lineup, only five months into the American's stint with the team. In the meantime, he has continued to play in North America in a loan deal with Bad News Bears.

junior could reunite with Grim on Complexity

junior's departure from FURIA comes as yet another indication of the AWPer's pending move to Complexity, where he has been tipped to team up with Michael "⁠Grim⁠" Wince as well as three players from Extra Salt as per a December report from HLTV.org.

While competing with Bad News Bears, junior posted a 1.26 rating and was the best performing player on the team by far. Over the five months of play, they won five ESEA Cash Cups, won Fragadelphia 15, and attended ESL Pro League Season 14. RedWinter
idk why FURIA even bothered to get junior just to bench him 5 months earlier. kid was wrecking t2 NA cs, hadn't played in t1 before and didn't speak the language. if anything, he should have been a long term project.
2022-01-12 19:45
4 replies
#27
yuurih |

RedWinter
tbh the plan should have been for junior to go on portuguese classes and basically be able to speak portuguese in a year or so, maybe put him in the academy team so he could play on the weplay league. atleast that's my view when it comes to teams with 4 players of 1 nationality (like old BIG)
2022-01-12 20:13
1 reply
#62

Zzards
Agreed but its just not what usualy happens god knows why…. The only time i’ve heard it been this way was back in mibr 1.6 where they had some europeans and they had to learn portuguese
2022-01-12 22:07
#65

leeneptune
ofc grim and junior are both really good players grim wasted talent on liquid and junior language barrier, back to english will def make them play better
2022-01-13 04:16
#35 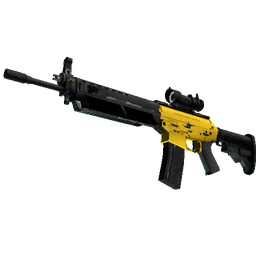 syrsoN
Player of the week
0.41