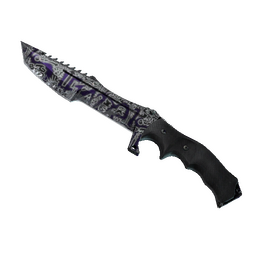 The North American rifler will not continue with Liquid going into 2022.

Liquid have announced the departure of Michael "⁠Grim⁠" Wince from the squad. The North American organization had confirmed in December that the 21-year old was not a part of their plans going into the next year, benching him alongside Gabriel "⁠FalleN⁠" Toledo and Jake "⁠Stewie2K⁠" Yip.

Grim had joined the North American powerhouse in the summer of 2020, following the team's decision not to continue with IGL Nick "⁠nitr0⁠" Cannella. During his time in the team, Grim showed a few moments of brilliance but failed to live up to the excellence shown in Triumph. During his 17-month stint in Liquid, the young rifler contributed to the team's victory at cs_summit 8 and several top-four finishes, most importantly at BLAST Premier Global Final 2020, IEM Global Challenge 2020, and BLAST Premier World Final 2021. Despite these positive results, however, Liquid were far off the standards set in 2019.

"Thank you to Grim. Your drive to succeed and willingness to fit into our system was invaluable and we know you have a bright future ahead," commented Liquid in regards to Grim's departure, a nod to the player's efforts to adapt as an inexperienced newcomer to a team of veterans.

Liquid are now expected to bring on nitr0 to fill in the last spot on the roster, with the veteran IGL reportedly planning a return to his former team following a year-and-a-half stint playing VALORANT.

Furthermore, Grim's departure from Liquid strengthens the rumors suggesting a reunion with former Triumph teammate Paytyn "⁠junior⁠" Johnson at Complexity, as the American AWPer parted ways with FURIA on Wednesday.

Liquid currently have the following roster:

DELUSIONAL_LIQUID_FAN
I have no doubt that he would’ve succeeded given his roles. Obviously it doesn’t work like that tho, you can’t just join a team and take roles away from a person who was #4 in the previous year
2022-01-12 21:59
#13
m0NESY |

FinnishPeasant
+1 and he was brought into the team from triumph where he was playing as a entry or lurker idk but in liquid he was put into support roles and expected to deliver
2022-01-12 21:28
#111

Jockonet
But at the same time, he was content to play those roles. You cannot always blame others for your lack of confidence and assertiveness. Grim will play better in complexity, that's for sure.
2022-01-13 03:15
#32

AlphaSwede
It's not about AWP. That's why everyone cried on HLTV because they expect some 'start awper' It's about being an experience IGL which NA really needed past few years
2022-01-12 23:37
6 replies
#86

AlphaSwede
How come everyone suddenly forgot how awful Nitro was and how bad there were in need of an AWP? That's why Liquid fell apart (the one with nitro) You all have some kind of short memory or what
2022-01-13 00:57
1 reply
#113

Jockonet
They feel apart because of covid mostly. They were worse when nitro left. I guess you had short memories too or you didn't follow liquid when they were struggling in na.
2022-01-13 03:19
#48

Voxdalian
Liquid has had some surprise successes, but with every move they make I would be more and more surprised at their success. I can't see this roster going anywhere.
2022-01-12 23:17
#78

Enjoi_
It is really disheartening seeing Grim, an amazing NA player, displaced in a struggling liquid after the release of Nitr0. He is incredibly moldable in Liquids dynamic yet could never fit the cogs of the other star players, I believe this greatly hindered his space for individual success as well as the success of a major winning Liquid. Hopefully with the new roster changes from EG and Liquid we can see competitive major title winning NA teams contending again. Im sure we'd all love to see Grim take Complexity to a top tier level in the following year where Complexity can contend for a major title alongside EG and Liquid. Just like stewies rise to the CS hall of fame by bringing NACS to the top, can Grim do the same in his career to come? I think so.
2022-01-13 06:14
#127
gla1ve |

|TheDarkKnight|
this guy got fucked so hard in Liquid, i hope to see him get back into his star rifler role in col, because it was depressing to see such a talent being put into such shit positions and basically being the bitch of the team who had to do everything the other guys didn't want to do.
2022-01-13 15:42
#167

Teztyment
was such a huge terrible letdown for NA.cs
2022-01-13 18:28
Login or register to add your comment to the discussion.