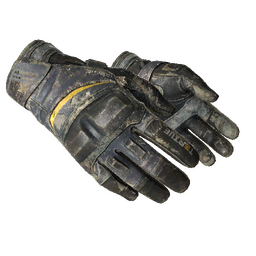 device out for several months; Jackinho under consideration on short-term deal - Report

Nicolai "⁠device⁠" Reedtz's health issues could keep him out of the lineup for longer than initially expected and NIP are looking at alternative stand-ins to Love "⁠phzy⁠" Smidebrant.

Both Dexerto and 1pv.fr have just reported that device's health issues will continue to keep him away from competitive play for longer than initially expected, supposedly up to several more months. As such, phzy will be standing in for the Danish AWPer for the upcoming BLAST Premier Spring Groups. device is set to be out for an extended period

The news comes not long after a flurry of rumours at the end of last year that suggested device was looking to return to Astralis, although the player was quick to deny these rumours on Twitter which suggested that he was looking forward to tackling 2022 with NIP.

It appears that NIP are considering alternative options to start for the team while device is out, with Jack "⁠Jackinho⁠" Ström Mattsson rumoured to be the player that is being targeted to join on a short-term deal.

The Swedish AWPer, who left fnatic in November of last year, will be taking phzy's place in Young Ninjas for their upcoming Malta Vibes Knockout Series match against Sangal while the 19-year-old plays the BLAST Premier Spring Groups with the main squad.

NIP's only comment on the story was to confirm device was "still recuperating", adding that phzy would stand in for the main roster at BLAST whilst Jackinho would fill in for Young Ninjas in the interim. Dunderz
Nah brother. IBS is what you call a problem that cant be found any explanation for, basically just a fucked stomach. Get_right has Crohns, as far as im aware, which is IBD (inflammatory bowel disease).
2022-01-21 13:08
#466

memyselfandI
Mental, he kind of said that himself I believe. Very understandable IMO. sucks to go all in on living in sweden, only to lose the primary reason he moved there in first place (his gf). I also think astralis have no interest in paying 1m to get him back, which I kind of presume he would want to if the choice was his alone, just to get a bit more familiarity back into his life being back in his home country. The fire is lit in astralis, and despite the lack of results I believe it's a much better environment than 1 year ago. I know he tweeted otherwise, but pr is pr. He can't say anything else but denying, until he has a contract offer from astralis. I feel sorry for him, shit situation to have gotten into.
2022-01-22 05:39
#481

Mrnoobofcs
Yeah! He has a lot going on in his life right now which led to him actually falling sick and he hasn't been able to deal with those problems because of that!
2022-01-20 21:31
#444
karrigan |

krmb
'' NIP's only comment on the story was to confirm device was "still recuperating", adding that phzy would stand in for the main roster at BLAST whilst Jackinho would fill in for Young Ninjas in the interim. '' very clear
2022-01-20 18:29
8 replies
#112
Zyphon |

bfish8
he is replacing dev1ce, after blast spring where they will use phzy because he has been practicing with them for it already. after blast phzy goes back to young ninjas and jack goes to main team.
2022-01-21 00:06
#223

I_was_a_potato
nah he still needs to prove he´s back to an acceptable level in t2 before he comes back propper to LANs. He has the talent to do it, now he just needs to prove he still wants it with grind and results. If Draken shows that (results etc) he´ll be back in tier 1 in no time, but now it´s clearly too soon. Savage is a mix team but it´ll still be good place to see how he´s playing. By April/May, if they keep on with constant matches, we´ll have an idea on what his future will be. Back to tier1 or stuck in tier2/3 hell (freddyfrog syndrome)
2022-01-20 18:46
#341

Chronochoric
Considering how great phzy looked in two tournaments end of the year, I would very much rather like to see him in Nip main team than Jakinho.
2022-01-20 19:36
#32
juanflatroo |

retardedbelgian
His true love got over him :/ (dupreeh) i was so hyped by that rumor of them reuniting, now that magisk zonic and dupreeh are gone, i feel like device has no real back up plan. I would feel miserable too
2022-01-20 22:13
4 replies
#389

novaseer
sadge. unlucky for the bois but mental health is important and it's good device is taking care of it instead of just letting him tear himself apart
2022-01-20 18:16
1 reply
#417

Erudite_Dane
Jokes aside, I hope things are actually getting better on device's end. He might not have chosen to make all personal issues public, and being the toxic community that we are, it doesn't take much for people to assume the worst :( All the best and get well soon <3
2022-01-20 18:17
3 replies
#409

Chronochoric
It says that phzy will stand in for Blast groups. However it also says that they are thinkin Jakinho as stand-in. Which surely means for the main team. The way that they have written this article is extraordinarily stupid if they are only thinking Jakinho for standin for academy team. So more likely is that Jakinho is also linked as an option for the main team.
2022-01-20 19:51
#59
s1mple |

pranavlko
How come so many have trouble understanding this article. I thought hltv average iq was 120 mens((( phzy is current standin but they are considering making jackinho new standin
2022-01-20 19:30
1 reply
#457

masnoi
feel bad for him, mental health issues are the worst and i hope no one would ever suffer from it, although Im really dissapointed with his resilience to critisisim and online hate, but dont wanna judge the guy, maybe its something above everthing that we have no idea about, either way; all the best for one of the game finest
2022-01-20 18:25
5 replies
#261

I_was_a_potato
I hope it´s indeed heath issues and not what the rumours say (Upset on breakup / pissed so wants to go back to Astralis) Either way hope for him to come back to Nip asap otherwise they´ll struggle a lot as I can´t see any player in the rooster reliabily steping up to cover for him. Rez still is as consistent as jelly, Es3tag/Plopski are still nowhere their peaks, hampus can´t do T-sides and phzy is good but can ´t compare to device. hard times ahead...
2022-01-20 18:31
7 replies
#347

Jockonet
He is kinda right though. A huge buyout and an unknown mental form, no team will invest much for him. It is a bad comparison because kennys was benched, but he can finish like him.
2022-01-21 01:47
#480

UnknownKnown
>Top 11 player >washed up Pick one. Actually im.not Scandinavian but nt and how am i fake flagging if from europe? You are just a hater of one of most consistent players ever. Might not be best but no other player has top 20 im row as him so im still correct and ur the only one delusional hater here. Edit: idc for noone of them but device is the only high rated nip player above 1.0 if not including hampus as hes igl the rest is supppse to be fragging
2022-01-27 22:18
#125

vutalisk
Is anyone buying this extended break due to health issues from dev1ce? I know he had some issues back in Astralis time as well but it wasn't anywhere near this long (or weird for that matter). It seems to me this is just a cover up for the fact he wanted to get out of NIP.
2022-01-20 18:35
6 replies
#172

vutalisk
I don't recall what get_right has. If this is medical issue for real, then I wish him well. However, it is better be real. I find it is despicable when some players take some breaks because of healthy or family reasons and then 1 month later some news come out they leave the team and join a new team. That's just BS.
2022-01-20 21:32
1 reply
#366

DELUSIONAL_EliGE_FAN
no, lets be real he misses astralis too much without gla1ve hes not even better than naf twistzz and elige (considering that device awps)
2022-01-21 05:36
#138
DolphiN |

moistu
just release this device and es3tag to astralis for Lucky and Xyp9x and create a full swedish squad with hampus REZ HEAP Plopski phzy/Jackinho
2022-01-20 18:38
#155

BomberMan_
damn this is unfortunate hopefully all the best to device. hopefully not the serious stuff he had to deal with in the past when he took tournaments off
2022-01-20 18:44
#182

m0o
Honestly I feel bad for NiP, they just don't get any luck and the roster is too unstable. Imagine paying all this money for the GOAT and him not being able to play for you. Obviously get well soon for device too
2022-01-20 21:06
2 replies
#384

EunJong
You have a good fragging IGL, but he's a bit of a one trick pony and has little T side depth. You have a semi-experienced guy ,who seems to be stuck in a loop and doesn't really improve. You have an ex-star player, whom you signed for like the next 4 years for some reason, even though he's been mediocre at best for the past 2 years. You have a 4th rotating player that you changed 3 times in last year. I am still puzzled as to why device went for that team, but I'm definitely not surprised that he wants out. This team is a mess without structure.
2022-01-20 22:28
1 reply
#416

Jockonet
Me either. I guess they promised a huge salary and he joined for his ex girlfriend. Nip was not promising before device joined. They were struggling to get into top10.
2022-01-21 01:51
#368

Soullesss
Jackinho another bad player hired by NIP. The only organization that looks at how to make more money instead of wining tournaments. They should bring back to Draken, he is more familiar with the awp and the organization that jackinho.
2022-01-21 04:53
#427

LOSING_MONEY_IS_FUN
I think it’s just their way of saying he’s out for a long time, but yeah they could have worded it a bit better “Device will miss significant time” or something like that if the timeline is unknown
2022-01-21 14:01
1 reply
#463

nalinboi01
Honestly though if by that time phzy proves his worth and gets good results with NiP then they shouldn't really take device back, they should just keep phzy
2022-01-22 08:04
#431

BAOBAO!
Hes said he wants to continue with nip and for people to stop spreading rumours and saying hes gonna swap teams etc. let him be and let him rest his personal health lol.
2022-01-21 10:38
1 reply
#472
Perfecto |

nazand3r
''health issues'' my ass. Device is just rounding out a deal with Astralis to go back...... We've seen these ''health issues'' before and most recently with konfig, who had a ''wrist injury'' and was going to be ''out for months'' but then just joined Astralis KEKWKEKWKEKWKEKW
2022-01-26 16:37
Login or register to add your comment to the discussion.