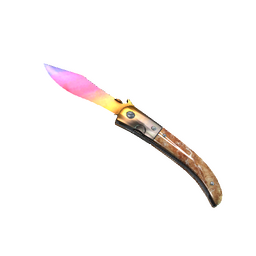 The fourth best player of 2021 kicks off his year with a bang by securing the fourth MVP of his career at Funspark ULTI Finals.

Gambit marched imperiously to the title at Funspark ULTI Finals, winning every series they played, and in doing so also secured the MVP by HLTV x BitSkins for star AWPer Dmitry "⁠sh1ro⁠" Sokolov.

The young Russian promised to "achieve higher and more stable results" after grabbing the fourth spot in his debut on the HLTV Top 20 list, and set about that task with purpose in his first event of 2022. sh1ro was the clear MVP in this event

The 20-year-old's best match came against Complexity in the opening round, where he posted a monstrous 1.95-rated 31 kill performance on Dust2 to close the series, but he was outstanding in every single game.

The two other MVP candidates were fellow teammates of the eventual winner, Sergey "⁠Ax1Le⁠" Rykhtorov and Abay "⁠HObbit⁠" Khasenov, but neither came close to sh1ro's sheer output or consistency by the time the grand final was done and dusted.

Ostrichh
When did I say only teams who win are tier 1? Their placements in tier 1 tournaments are trash aside from Astralis Blast fall finals where konfig had an insane tournament Stop sucking off Gambit just because they beat teams they should be beating.
2022-01-24 22:34
1 reply
#208
s1mple |

1nsaneMe
Original comment: "Lmao Gambit haters get rekt, There was Astralis, Fnatic, Big and Entropiq it was definitely a tier 1.5 event with prize money more than some of Iem events like summer and winter" Your response: "Remind me, when was the last time any of those teams won any tournament of note? I'll wait" "When did I say only teams who win are tier 1?" Idk if you are stupid or you literally believe you didnt just align "winning tournaments" with "a tier1.5 status" It's not gambit's fault that Astralis with 2 major winners in their team sucks and Entropiq (#8 in the world) didnt put up much of a fight. Just because gambit is supposed to win against certain teams, it doesnt mean you can disregard their achievements. Nor it means other teams aren't ATLEAST TIER1.5 as THE OTHER GUY IMPLIED.
2022-01-24 23:41
#138

Karppanator
Do you fucking think entropiq are actually a tier 1 team peaking at #9 when all of the other rosters around them are switching teams and losing or gaining points accordingly, making them a top 10 team because others lose points or their new team gains the points their earlier team used to own, and also, most of the top 10 doesn't play a game rn and they will start playing on friday
2022-01-24 21:01
1 reply
#217

1nsaneMe
I agree awp abusers are better than the best rifle coz if they weren't, it would be disappointing to say the least. Dont bring in coldzera or other players to fight sh1ro's battles. Makes sh1ro look worse than he actually is!!🥱🥱 Edit: zywoo and s1mple are only better than niko with AWP and nobody can say otherwise unless they are a delusional fanboy. Ps: I'd agree zywoo is the best pistol round player of 2021 statistically. Other than that Nobody is as good as niko with rifle and deagle!! CLOSED
2022-01-26 21:33
2 replies
#254
ZywOo |

ZinedineZywoo
I love the "awp abuser" argument because it's not backed by any stat, it's just a vague notion thrown out there when they have no real arguments. Best players play the awp because they are the best, not the other way around. Niko is just a good player that can't play the awp otherwise he would do like the others and his team might win something. He doesn't play awp because he is bad with it not because of some kind of noble cause that you guys love to believe in.
2022-01-27 14:35
1 reply
#255
s1mple |

Pala26
I dont understand the haters, if they got invited why wouldnt they play the tournament lol, ez 150k + ez warm up after break unlike the other teams + ez confidence boost by starting 2022 with a tournament win. I literally dont see any reason why someone wouldnt participate if they were gambit
2022-01-24 22:45
5 replies
#202
MrFuckYou |

Plant_Has_Been_Planted
People just can't come to terms with meteoric rise of Gambit along side fall of old titans like Astralis, Fanatic, Liquid, Faze. Reality is hard to accept.
2022-01-25 00:42
#203
s1mple |