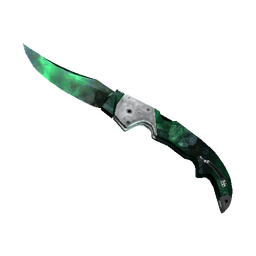 The organization have finalized their lineup ahead of the start of the season.

00NATION have announced the final pieces of their roster rebuild for 2022, retaining Leonardo "⁠leo_drk⁠" Oliveira and Vinicius "⁠vsm⁠" Moreira from their previous lineup and adding former TeamOne coach João "⁠righi⁠" Righi, a move that was first reported by Draft5 in December.

righi joins the Brazilian lineup after a brief international stint with Finest in Europe, spending just under two months with the Israeli organization. The 24-year-old also previously coached TeamOne and Santos, and now returns to a home lineup as they look to build around upcoming talents in the form of Santino "⁠try⁠" Rigal and Mario "⁠malbsMd⁠" Samayoa. The pair of newcomers were selected by Marcelo "⁠coldzera⁠" David to help rebuild 00NATION's lineup as replacements for Vito "⁠kNgV-⁠" Giuseppe and Alencar "⁠trk⁠" Rossato, with the latter player already having returned to TeamOne.

With the confirmation that leo_drk and vsm will complete the roster for coldzera's new project, the fate of kNgV- is left uncertain for now as he still remains tied to the organization.

00NATION have the following members under their wing: gingerLgndBR
kNg is already off this project, dude. mch and apoka are weekly making a "show" that catch up all the new happennings in br csgo scene. kNg is very close from mch. They say "00nation" is now fully apart from "O PLANO" and kNg will stick to his project with different players. He won't play for 00. Since it is not "100% confirmed from a safe journalistic/information source", hltv didn't recognized it yet. 00 will be a good tier2 team at the beggining, I think. If they get to the major, will do an obviously better performance than GODSENT and paiN did in this last one lol
2022-01-26 18:19
#112
fnx |

scapegoat4
There hasn't been an official announcement yet, but I think we can expect the starting roster to be finalized relatively soon considering how obvious benching/ dropping kng is at this point lol
2022-01-25 03:07
2 replies
#43

yovitemeemili
that is for sure not true fallen is def not better than kngv last time i saw him at tier 1,with mibr he looked like the only competent player on that team
2022-01-25 03:06
5 replies
#26

yovitemeemili
kng is stupid as human being,but at csgo player he has value,and imo better than fallen.What did fallen do with his teams since 2018,he has done absolutely nothing for 4 years,and people still pretend like he is a decent player
2022-01-25 03:40
1 reply
#86

matheuscoelho
Lucas did an interview on Talk About Cast, look for a cut called, "LUCAS1: "NÃO SEI SE AINDA SOU AMIGO DO KNG", the girl asks and he doesn't know the answer, clearly he was embarrassed and they went to change the subject.
2022-01-25 05:52
#87

scapegoat4
Yeah, it mentions that stuff in the article, alongside his time in teamone and santos. Definitely an interesting choice for a coach, but considering how this entire squad seems to be built around potential, I can only assume someone saw said some in him
2022-01-25 03:17
2 replies
#51
TACO |

scapegoat4
Well that's probably what this team needs most, given cold's relative inexperience as an IGL (and the rest of the team being inexperienced in general lol). This team is looking really good!
2022-01-25 05:18
#15

thejoremme
man I swear, brazilians just don't know when to retire... or at the very least stop pretending they are t1 material forever otherwise I feel bad for try, hopefully wont be a meyern 2.0 surrounded by so many washed up Brazilians with an ego larger than a house
2022-01-25 03:53
8 replies
#52
TACO |

devitt
Taco made a right decision a year ago or so, while other br veterans kept recycling old players. Cold is out of current meta, while taco keep praccing vs tier1 teams, so yes taco>cold Cry is free
2022-01-25 08:41
4 replies
#85

devitt
lol 20 iq wtf are these comparisons TACO>COLD as IGL dumau is not the primary AWP for GODSENT, he is sharing this role with latto anyway I agree that try>dumau+latto but dumau and latto> leo_dummy
2022-01-25 12:10
#73

20HZKingPohan
The way that kng was roasting everyone on social media says that he's definitely kicked from 00 I hope this lineup can work like godsent 2.0,seems very nice on paper,it all depends if cold can igl
2022-01-25 04:08
3 replies
#53
TACO |

talesmarqs
i think that with a more tactical coach like Righi and leo_drk helping with second calling, Cold has a nice enviroment to became a nice IGL
2022-01-25 04:37
#72
dennyslaw |

20HZKingPohan
He said that if it wasn't the cameras he would beat someone in the middle of the games (probably Leo and Vsm,which he unfollowed) also said that they aren't honest and true, basically called them snakes xd
2022-01-25 14:03
#58

Astoner55
If coldzera can be to these young players what h0bbit was to gambit youngsters then I believe this lineup can reach top10. They easily have the talent, it's all about clicking together, and Coldzera now has a massive responsibility, because he is the veteran player that is supposed to guide his younger teammates. GL!
2022-01-25 10:24
2 replies
#106

reyno0o
Potentially strong lineup - looking forward to seeing try develop with these players. Anyone know what language they will be speaking?
2022-01-25 11:47
1 reply
#101