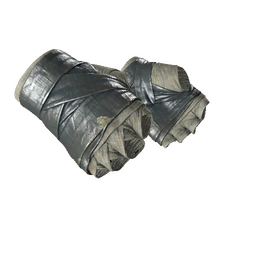 With the Swiss group stage coming to a close, four tier-one names have been invited directly to the playoffs.

Heroic, FURIA, fnatic and Copenhagen Flames have been announced as the teams invited to Pinnacle Winter Series single elimination best-of-three playoff stage, with the four being seeded directly to the quarter-finals.

Eight teams have qualified to the playoffs via a Swiss best-of-three group stage, and they will battle it out in the first round for the right to face one of the four invitees. Heroic will be the highest ranked team participating

It will be a first appearance in 2022 for both Heroic and FURIA, considering neither played in the Funspark ULTI event or BLAST Spring Groups. Heroic will be hoping to bounce back from an underwhelming end to 2021, whilst FURIA will be seeking to hit the ground running with new AWPer Rafael "⁠saffee⁠" Costa.

Swedish veterans Dignitas and the new-look Apeks squad came out of the Swiss stage undefeated, and they are accompanied by names like Turkish favourites Eternal Fire and the freshly revamped Sprout lineup.

The full team list for the playoffs is as follows: PrestusHood
Sure, FalleN could have stayed in liquid, joined any tier 1 team (vitality, g2, nip, mouz, etc) and casually win a major or two, join any rich T2 org to stealpaychecks (faze) but he decided to revive legendary SK roster, obv he staying org less with tier 5 players because of money and not because of love
2022-01-28 22:14
5 replies
#85

1fRaNkkK
Pracc vs really playing against them is different. This gives you the opportunity to check if your practice pays off.
2022-01-28 17:05
6 replies
#45

shrimpony
I think they would all tell you they would prefer prize money over that small positive thing you just said. And actually get the feeling of winning an event. These teams are very likely going to be robbed by that aswell like all the other times.
2022-01-28 17:30
5 replies
#54

1fRaNkkK
Some might prefer the money, but some would also say "Playing against a Top 5 team and putting up a good fight shows that we are on the right track and everything we've been through pays off", so I don't think this is a small positive, atleast not for everyone.
2022-01-28 17:54
4 replies
#55
roeJ |

shrimpony
Hes right to an extent. Its all relative, compared to nothing its a decent prize to get to play a game vs heroic. But compared to winning 40k and getting the feeling of winning an event its a sad sad consolation prize.
2022-01-28 19:36
1 reply
#73
birdfromsky |

Chronochoric
That is true. I'm pretty sure this arrangement is good for the invite teams, the TO, most of the players in worse teams depending on their contracts (and whether they are in contracts) and also for tier2 cs in general. Its only those smaller orgs that get the shortest end of the stick here. Which is problem of course but something they have most likely known when participating to the tournament. Well, its also a problem that there isn't that much overlapping tournaments between tier1 and tier2 cs so most orgs don't have option but to participate.
2022-01-28 19:46
#29
Jerry |

Jerry2805
If you want an example of how it works, look at this tournament: hltv.org/events/6255/pinnacle-fall-serie.. You can see the 4 invite teams (es, dbl poney, ml and sinners) all didn't win so they got nothing, but everyone who came through from the main swiss got money for making it to playoffs It doesn't show right now because there's no fixed prize pool due to the playoff invite teams only getting money if they win.
2022-01-28 17:02
4 replies
#37
BOROS |

Mythical101
what my spanish friend here means is that, its not fair for a team to have the chance to get #1 spot and thus the max earnings from prizepool by winning 2 games only (especially since tier 1 orgs dont need the money) while tier 2/3 teams who actually need the money have to grind a shit ton of games and missing out on the cash which most of them need.
2022-01-28 17:18
3 replies
#38
Jerry |

IM_ALWAYS_WRONG
Any T1 Team could ask to join these type of events probably, its just that most dont want to play T2 Tournaments and want to focus on T1 with bigger Prizepool. but Heroic isnt a blast partner so they need to atleast play some official games even if its on T2 Tournaments, and Heroic playing this event will probably give the tournament more viewership
2022-01-28 17:27
#66

tomtom94
I think that makes Heroic the highest-ranked side ever invited to their play-offs. pretty neat. sucks for whoever plays them of course EDIT: oh yeah I forgot about Gambit cause they lost to CPH Flames lol
2022-01-28 16:49
1 reply
#17
Jerry |

Anarchybr
Probably they needed the money to buy saffee and thought Liquid were going to buy VINI, which have a higher market price than drop. But things gone south with the VINI/Liquid agreement and now they’re without their solid support and without money lol But I’m not going to lie, drop has the chance to become even better than VINI
2022-01-28 18:45
#36 cadiaN
Player of the week
0.45