The first four teams to reach the European Regional Major Rankings from open qualifiers are now known, with 15 spots still up for grabs in the region.

OG, Dignitas, AVE and HEET have secured spots at the upcoming Europe RMRs that will take place in Bucharest, Romania, in April, where they will join the likes of Natus Vincere, G2, Heroic and Gambit, among many others, in the PGL Major Antwerp's prelude.

OG, the highest ranked team in the 700+ team qualifier and the only top 10 team in contention, did well to honor their status as favorites, taking out the likes of Eternal Fire, cowana and 1shot before knocking out another serious tournament contender, Spirit — who had just beaten Movistar Riders — in their quarter-final best-of-three.

Nemanja "⁠nexa⁠" Isaković and company weren’t able to seal it in two maps, giving the Russians their Nuke map pick, but were then able to retaliate on both Mirage and Overpass with a strong showing by Valdemar "⁠valde⁠" Bjørn Vangså to punch their ticket to the RMRs.

The Swedes of Dignitas played an exciting quarter-final series to earn their spot at the RMRs, taking on Wisla Krakow in a three-mapper in which each team won the other’s pick. Patrik "⁠f0rest⁠" Lindberg and company started off with a resounding 16-9 victory on Mirage before falling in a nail-biting 14-16 Nuke, but in the end came around on Inferno with a 16-12 scoreline.

AVE, who took out HAVU and Sprout in the first day of the qualifier, continued to show great form in the second day, eliminating GamerLegion in the last match before the best-of-three qualifying series against fnatic for a spot in the RMR.

The Russians took fnatic’s Mirage pick in a close 16-14 before closing things out 16-9 on Ancient, with Konstantin "⁠Raijin⁠" Trubarov leaving a memorable stat line as he ended the maps with 110 ADR and a 1.61 rating.

HEET played possibly the biggest outlier of the quarter-final teams, B8, a Ukrainian squad ranked 101 in the world. B8 weren’t to be underrated in the second day of play, however, as they had already left behind the likes of Illuminar, Finest and most notably K23 before the qualifying series.

B8 even took HEET’s Vertigo map pick 16-11, but after Alexandre "⁠bodyy⁠" Pianaro and company retaliated on Ancient, the Frenchmen came out strong in the decider, Nuke, securing it 16-7 to qualify for the RMR.

The four qualified teams will now go back to playing their final best-of-one matches in the bracket for seeding purposes as the event dies down.

The qualified teams for the European RMRs so far are: Thunder4k
Is astralis not required to participate in open qualifiers they changed three players of their roster
2022-02-24 08:11
1 reply
#36
Amsterdam |

captainreborn
If they put farlig as a substitute and keep lucky on the roster officially they can use farlig without losing spot at eu rmr I think
2022-02-24 09:31
#35 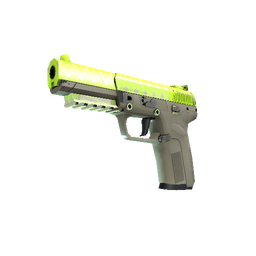