The Franco-Danish squad has struggled to find form in recent weeks, and were bested 2-0 here.

In a continuation of their recent run of disappointing form, overwhelming favourites for the Pinnacle Cup III title Vitality were beaten 2-0 by SKADE, losing 13-16 on the Bulgarians' pick of Overpass and 10-16 on their own pick of Nuke.

SKADE will move on to face Tricked in the semi-finals, and will be hoping to continue their impressive form since putting their current roster together, which has included an Elisa Invitational victory and a rise to their peak of #18 in the world ranking. SHiPZ and co. have enjoyed a strong start to 2022.

Vitality were not the only quarter-final invitee who suffered defeat, with ECSTATIC and ENCE already eliminated earlier in the day; Dignitas will face BLUEJAYS in the last quarter-final.

This result for Dan "⁠apEX⁠" Madesclaire and co. was a culmination of the recent struggles experienced by the super team, having crashed out of Katowice in 9-12th place and missed out on the playoffs of ESL Pro League, taking only two wins in their group.

Several issues have become apparent with the Vitality side ever since their promising start with the new roster, which saw them comfortably cruise through the BLAST Premier Spring Groups with a 6-2 map record. Among them are a shaky map pool, with the team sporting a winning record only on Dust2 and Inferno in 2022, and the waning form of the second best player of 2021, Mathieu "⁠ZywOo⁠" Herbaut.

With their RMR campaign set to begin in less than a months' time, and the Major itself in under two months, Vitality will need to rectify the issues in their game quickly if they are to even qualify to compete in Antwerp, let alone go deep in the Major itself. Why_so_negative_mens
Well, I guess Vitality will need more time to find their form. Which is exactly what they said when they signed the Astralis boys.
2022-03-28 18:45
#10

JutixHD_YouTubez
I'm sorry but we must talk about that fact Astralis players are all like Lionel Messi, they get exposed right after they play outside their comfort zone, team which has whole system built around them
2022-03-28 18:45
5 replies
#46

nicram64
They should back to old Vitality playstyle with Magisk and Dupreeh giving up their ego's and trusting the French approach instead of doing their alone lurky aggressive plays
2022-03-28 18:51
2 replies
#26

hyperactivecajun
vitality is just done for this roster experiment is an absolute disaster. they were very competitive before getting top2 all the time while navi was beating everyone so like idk this seems like the worse change lmao
2022-03-28 19:07
3 replies
#42

the_hitman
agreed the French roster was performing top 4 level every tournament and now they bomb out early.. very sad they went this direction.
2022-03-28 19:10
2 replies
#91

madkhiNg
They removed the coach, changed the whole system & language, so it's starting from scratch. The CEO doesn't know anything about CS to force such a drastic change. He only has himself to blame wasting ZywOo talent with such a dumb move.
2022-03-28 19:40
9 replies
#77

williamhsk1
"The CEO doesn't know anything about CS". You know the CEO just wants to see the money coming in, right? The changes were suggested by players (Apex, Zywoo, Misutaaa), The CEO just did what they asked.
2022-03-28 19:51
8 replies
#85

madkhiNg
It was his decision though, that's why you saw it was such an heartbreak for apEX to let XTQZZZ go. They said it multiple times that it wasn't their decision and they just wanted to keep on working with this lineup or just try someone else instead of Kyojin. Because they were all getting along really well inside and outside the game. Also XTQZZZ said that they knew the CEO wanted to go international at some point. The CEO interview about it : youtube.com/watch?v=5LEye1TZx_s Stop spreading false info about the players wanting this change, please.
2022-03-29 10:56
#110
ropz |

beepboopdoot
How can people call Zonic the "goat" coach if he was basically gifted a team that already had perfect teamwork and one of the best igls of all time? Now we see that the very moment Zonic is actually needed to make Vitality a cohesive team they start shitting the bed. Even worse he managed to tank the team AND zywoo. Expect a kick within 3 months if things don't turn around immediately.
2022-03-28 19:38
2 replies
#72

madkhiNg
Yeah people forgot that karrigan already built them into a super team, gla1ve & zonic joined around the same time starting from a really solid base. They just all clicked really well together, that's something unique that happens really rarely. Just like all the dominant teams we had in sports too (the Chicago Bulls team is another great example).
2022-03-28 19:42
#132

vutalisk
Losing to some underdog especially a top-20 team is not a shock but losing in 0-2 fashion is a bit concerning. Language barrier is always a crucial issue that a lot of teams underestimate.
2022-03-28 20:06
#90
ReDWateR |

Plant_Has_Been_Planted
While gap has definitely closed between T1 and T2, the key difference is consistency. Many T2 teams can beat T1 on a good day but they can't do it consistently. So they can get upset here and there but can't go deep in major events. They also frequently lose to T3-4 teams.
2022-03-29 14:04
#96
SENER1 |

THE_WILLY
Go full French again, there is enough talent in the scene to make a competitive roster, this obviously isn't working out. If your star player needs a system around him then you have to do that.
2022-03-29 11:28
Login or register to add your comment to the discussion. 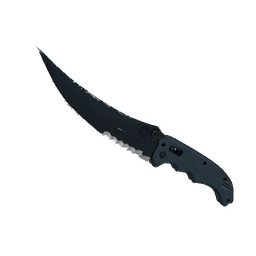