Mareks "⁠YEKINDAR⁠" Gaļinskis and company began their road to the Major with a comfortable win, the perfect start for a team aiming to claim a Legends spot.

Outsiders grabbed the opening victory at PGL Major Antwerp 2022 Europe RMR A against Unique in the first round of the Swiss stage, breezing through the best-of-one match on Dust2.

The tournament in Bucharest is the perfect chance for the CIS squad to get back on track after a couple of tough runs at IEM Katowice and ESL Pro League Season 15. Earning a Legends spot is the main objective for Outsiders, but as YEKINDAR explains, qualifying for the Major itself will be considered a success for the team. Outsiders kickstarted their RMR with a win over Unique

Following their comfortable 16-2 victory, YEKINDAR was able to sit down with us and talk about their opening win, Evgenii "⁠FL1T⁠" Lebedev's development in Outsiders, as well as their team goals for the RMR.

Congratulations on your first win at the RMR. You've had a few weeks since the end of EPL, did you have any preparation going into the match against Unique? Or did you think your own game was enough to get you through?

Obviously, we understand that Unique are underdogs in this kind of a match and we played them in a lot of RMRs and we lost against them before, so we knew that if we underestimated them, they could beat us, especially in a best-of-one. So we fully focused on ourselves, we understand that this is part of the Major and this vibe helped us throughout the game.

So you started the year pretty well in 2022, smashing ESL Challenger in February, and then you had a couple of rough results and tough draws, first at Katowice then EPL in what they now call the group of death. Now that you've had some time to cool down, do you think the RMR is the perfect time to bounce back up?

Obviously, everybody thinks that the RMR is a lower-tier tournament, especially when compared to Katowice or ESL Pro League, but actually, if you look at the teams at the RMR, they are the same as the Katowice group stage. Basically, what you need to understand is that tournaments come and go and you don't need to focus on the lost tournaments. For example, we lost Katowice against G2, we talked about a lot of things after that game and specifically about our tournament practice after EPL so we just came into this tournament after gaining new experience from Katowice and Pro League.

There are a few CIS teams at the Europe RMR A, do you think there are any of the smaller ones that you think can surprise people?

So you have Unique, forZe, us, NAVI, and QUAZAR. I am not sure about QUAZAR because I have not watched them at all, but I think forZe has something. Jerry always has the skills to take new people and make it work so I think forZe can obviously beat people, especially with the FPL, no respect style. At this tournament, with BO1s and if they get Mirage for example, or some other puggy map, I think they can show a great result.

We started integrating him into more important roles and even as a clutch caller sometimes. So basically, when the plan doesn't work out at the start, we have trades and we can't finish the round we wanted to do, then FL1T comes in with his clutch plays, some clutch calls, and macro understanding of the game. He has developed really well as a player and he has a really bright future ahead of him if he continues to put in the work and that's the most important thing.

Do you think his voice within the team has grown? Do you think he's become almost like a secondary caller in late-round situations?

His voice was always listened to, but I think now because of the roles in the team and the positions that he plays, he has more voice than some other players.

What would you consider a good result from the RMR? Are you just happy to qualify or do you think stealing that Legend spot is a must-do?

Our goal is the Legend spot, but we would probably be happy with any result in qualifying for the Major, so it doesn't really matter, but our main goal is to get a 3-0 or 3-1. 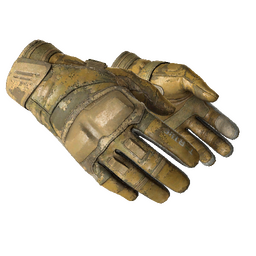