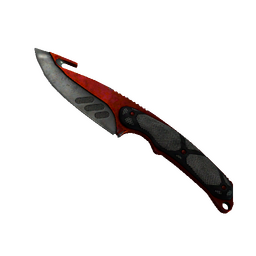 The team list for the event is now set, bar any last minute changes due to travel restrictions in regards to entering the USA.

Entropiq and MOUZ now join the list of teams competing at the $250,000 event, which will be happening from May 30-June 5 in Dallas, Texas with the two teams coming through the European closed qualifier.

The event started off on Monday, with four of the teams coming from the open qualifier and four teams being invited directly. Movistar Riders and fnatic were certainly the disappointments of the qualifier, both going out in last place with fnatic even losing a series to by far the lowest-ranked team in attendance, EC Kyiv. Entropiq were the first team to qualify, with the Russian team first dispatching of Copenhagen Flames and fnatic and then beating BIG in the grand final on their way to securing a place at the event.

It is a big feat for the Russian side after they failed to qualify for PGL Major Antwerp, but it is worth noting that there is currently no guarantee that Entropiq will be able to travel to the United States to participate in the event due to the strain the current geopolitical situation amid Russia's invasion into Ukraine places on visa processes for citizens of the Russian Federation.

The second spot went to the winner of the Consolidation final between MOUZ and BIG, where it was MOUZ who came out of the series with a 2-0 win and thus qualified for a big event after missing out on the Major.

The team list for IEM Dallas is as follows:

SurpriZe
inb4 BIG reveals their BIG brian move as they assumed they'll get invited anyways as the next best qualifier team when Entropiq cannot compete due to visa issues so they did not even try 4Head
2022-05-05 06:54
#53

CSGO_is_life
cant believe Mouz managed to qualify
2022-05-05 21:21
Login or register to add your comment to the discussion.