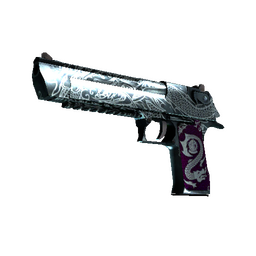 Patsi: "We will get to show ourselves against all the elite teams in the world"

We had a brief chat with the Spirit youngster after the team qualified for the Legends Stage.

Spirit are through to the Legends Stage of PGL Major Antwerp after qualifying with a 3-1 record, beating Astralis in their final matchup and ultimately claiming revenge after the Danes had prevented the advance of Leonid "⁠chopper⁠" Vishnyakov's side to the very same stage at PGL Major Stockholm. Patsi says that Spirit have hopes of playing on stage

After the match, HLTV.org spoke to Robert "⁠Patsi⁠" Isyanov to get his thoughts on making it through to the main stage with the translation help of Spirit's Brand Lead, Konstantin "-tvd-" Machaidze.

First of all congrats on qualifying, you had some really solid CT performances to take that over the line. Walk me through that match against Astralis, how'd it go for you?

At the start of Overpass we played really well, we lost some rounds that we shouldn't have, we lost some clutches, to USPs and k0nfig's Scout, but overall we played confident and played our game.

After the rounds we lost, we felt that we need to pull ourselves together and stay calm, and that's what we did. We felt that we got a decent amount of rounds on T, so we were confident on our CT side, we won the pistol and from there we played like it's a practice game. What we learned, we showed.

This win over Astralis is a bit of a revenge story since they're the team who stopped Spirit from making Legends in Stockholm. Was it a bit of a grudge match from the side of chopper, degster, and magixx?

No, not at all. We respect every opponent and just take it game by game. It doesn't matter for us that much.

Our mental resilience is due to the help of our psychologist, he is with us here, he is doing a great job and we feel the impact
Robert "⁠Patsi⁠" Isyanov

Talking about your earlier matches in the tournament, you got a win over Imperial, had the comeback attempt against G2, and then beat Eternal Fire. How did those go down for you, especially that comeback attempt?

Versus Imperial, we felt our individual prowess and the structure as well are better, but they are really experienced players so we needed to concentrate and not lose our focus, and that's what we did. It was a good game, but they didn't do anything unexpected, although we won some clutches.

Against G2, on the T side we understood that our initial game plan wasn't work, so we were losing by quite a margin, but on the CT side we felt like we had nothing to lose, let's just show our game. Our mental resilience is due to the help of our psychologist, he is with us here, he is doing a great job and we feel the impact.

Ever since we came back to LAN, this Spirit roster has never won a best-of-three against a top ten team. What does it mean to finally record a win of this calibre offline?

Maybe that's due to the fact that we haven't played too many top teams on LAN before, especially in best-of-threes, so right now we get to show our potential. We know that the biggest games are ahead of us still, but the future is bright and we feel good.

With that win you've made the Legends Stage, how are you feeling now that you've advanced 3-1?

I'm obviously really happy, but I feel that this is the time we need to concentrate the most. We will get to show ourselves against all the elite teams in the world, and we want to do some damage.

What are your expectations heading into the Legends Stage with the jump in competition that awaits you?

Right now we don't have any expectations, but we feel like top-tier CS is really close right now, like the margin between the teams is not really that big.

That's why we feel that we can beat most teams, we practiced a lot as a team and we feel that it's showing, we feel good, but we know that we're the underdog and we're comfortable in that position.

What's your goal for the Major, what're you hoping to accomplish here?

Right now, it's game by game obviously, but what we dream of at the moment is just making it to the stage. P1^t0N
+1 There will be fun at Legend Stage Who know which team qualify or eliminate? Every team is unpredictable. I hope NAVI & Faze would make Grand Final and My wishes to Spirit for at least entry to Champion Stage (Top 8 Teams)
2022-05-12 00:20
#14