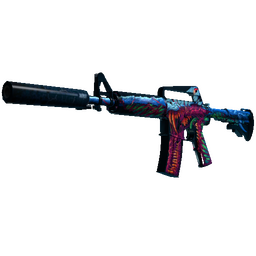 The Eagles' fairy tale will continue into the next stage of the Major.

Bad News Eagles have secured a spot in the Legends Stage of the PGL Major Antwerp after defeating MIBR 2-1. The Kosovars went into the 2-2 match after wins over Eternal Fire and Imperial and were able to take their last match home after three fast-paced maps.

Meanwhile, Adriano "⁠WOOD7⁠" Cerato's squad has been eliminated after suffering their third defeat in the Challengers Stage. The Brazilians were just one step away from reaching the last 16 of the Major following victories over 9z and Eternal Fire in the Swiss stage, but losses to Outsiders and Astralis forced them to take on the 2-2 match. The series started on MIBR's pick of Nuke, but Bad News Eagles were the ones to strike first thanks to a fantastic quad-kill from Rigon "⁠rigoN⁠" Gashi from ramp, gifting the pistol round to the Kosovars. That was precisely the exciting play that the Eagles needed to build their momentum, locking out the Brazilians from the nuclear plant for eight consecutive rounds. From there, MIBR were only able to grab a few sporadic rounds to salvage a 4-11 scoreline before halftime.

Moving to the defensive side proved a lot more beneficial for MIBR as they took the pistol round before going on a massive streak of round victories. Bruno "⁠BIT⁠" Fukuda Lima's squad strung together seven rounds in a row to steal the lead with a 13-12 score. Matheus "⁠Tuurtle⁠" Anhaia, Marcelo "⁠chelo⁠" Cespedes, and Jhonatan "⁠JOTA⁠" Willian came alive in the second half, shutting down the Eagles' aggression and helping their squad come out on top, completing the comeback to close the map 16-13

Moving onto Ancient, Bad News Eagles kicked off the second map with a hyper-aggressive T side, rushing bombsites and taking every available aim duel. The Brazilians were not able to keep up and quickly conceded a seven-round deficit to the Kosovars and was only made better by a couple of rounds found in the closing stages of the 5-10 half. Swapping sides changed nothing and the game remained as chaotic as ever, but Sener "⁠SENER1⁠" Mahmuti, was able to thrive in the fast-paced environment. Bad News Eagles only conceded three on their way to secure their map pick 16-8.

The decider on Vertigo between MIBR and Bad News Eagles also devolved into a fast-paced brawl, with both teams exchanging the first four rounds in a series of force buy skirmishes. The Kosovar squad eventually took the upper hand and kept the advantage throughout the whole half, but the Brazilians were never that far behind. Dionis "⁠sinnopsyy⁠" Budeci played an incredible CT side and was the difference-maker for this squad, dropping 19 frags during the 9-6 half.

A pistol round conversion gave MIBR a new lifeline, tying up the game to a 9-9 scoreline. Unfortunately for them, they would not keep up after Kosovar rifles were brought up, conceding five in a row as rigoN and Flatron "⁠juanflatroo⁠" Halimi continued to find impact round after round. Bad News Eagles closed the game on the offense with a 16-10 scoreline, taking the series 2-1 and advancing to the next stage.

Ahead of the last match, the standings look as follows: ZyLeee
Albanian brothers faliminderit for taking our revenge! Good for this toxic team especially for Chelo!
2022-05-12 18:29
#29

Albanboss
OMG i Never saw in my life more toxic guy in my life disgusting , not that I I support BNE but man come one what kind o human culture nationality they represent just made me to thro up
2022-05-12 18:33
#42

Maltin
Although that is true to some extent, they also showed good games against super strong teams such NIP and Ence. That means they are quite good actually
2022-05-12 19:07
#51

maXX_CZ
I am really happy for these guys. This just shows that all that crying about no support and what not is just bullshit, wink NA wink. They had a dream, they had skill, they put in a lot of work and had a bit of luck. And now they are legends... everyone can do it.
2022-05-12 18:54
#62
juliano |

crazyharambe
If you a Shqipe from Diaspora please sacrifice a couple of days from work to go and support them live, mark my words when I say this, you will be the 6th player if you go out there to cheer up for them!
2022-05-12 19:30
#78

Kush9
Deserved victory of BNE! The whole country is behind you guys! Thank you for the emotions and the beautiful game. The dream continues and the future is ours! Its Just satisfying to see serbs cheering for our team from the republic of kosovo because they dont have their own haha #Nato #USA
2022-05-12 22:08
#105
fagger |

Charox
So happy for bne, 5 guys representing a whole country here, furthermore they got the chance to prove themselves and make some money even orgless. Hope they get signed soon. All love for the underdogs
2022-05-13 01:53
#109