Let's take a look at the eight teams who qualified as Legends ahead of the upcoming second stage of the Major.

The PGL Major Antwerp is well and truly underway following the conclusion of the Challengers Stage, which saw eight out of the 16 teams make it through to the Legends Stage of the tournament. This time around, we will be going over the eight teams that directly qualified as Legends thanks to their impressive performances at their regions' RMR ahead of the Legends stage set to begin on Saturday.

Following an exceptional run of form to kick off 2022, FaZe enter the PGL Major as the world's highest-ranked team, and the undeniable heavy favorites as well. Having taken home the trophy at both IEM Katowice and ESL Pro League so far, they're definitely looking to replicate that same success on the grandest stage of them all.

Coming into their first set of matches at the Major, they've sat atop the world rankings for the last five weeks after dethroning Natus Vincere and ending the Russian-Ukrainian side's 37-week reign. Early this year, the team signed Robin "⁠ropz⁠" Kool to the starting roster, who has already bagged himself an MVP award at ESL Pro League. Riding this wave of momentum and notable individual performances, it is almost certain that FaZe will make it through to the playoffs and make a case for a run at the title.

- Looking to defend their Major title
- Disappointing ESL Pro League finish
- Dethroned by FaZe as the world's No. 1 team

The reigning Major champions Natus Vincere, who claimed the organization's first-ever Major trophy at last year's iteration of the Valve-sanctioned competition in a historic undefeated run, have found themselves in a bit of a pickle to start 2022. Aleksandr "⁠s1mple⁠" Kostyliev's squad haven't quite found the groove they had in the latter part of 2021, where they took home the gold in nearly every tournament they participated in.

The team lost their No. 1 ranking after finishing 3rd-4th at IEM Katowice, and a disappointing 5th-8th place EPL exit, both of which FaZe claimed victory at. Despite their early slump, Natus Vincere are still one of the tournament favorites and you can never count out s1mple and the rest of his team, especially when the stakes are this high. Will NAVI be able to defend their crown?

- Former Gambit roster that transferred to Cloud9
- Lost only 4 out of 18 matches in 2022, two of which to FaZe
- Among favorites to reach the playoffs

After over a year of absence in the competitive scene, Cloud9 make a return by signing the five-man roster led by Vladislav "⁠nafany⁠" Gorshkov, who most recently played under the neutral Players banner during their RMR campaign. In the month before the PGL Major, the majority Russian side breezed through the Europe Regional Major Rankings B with a perfect record to ensure direct qualification for the Legends stage. Now enjoying organizational support once again, accompanied by their momentum following the RMR and an all-around consistent 2022, Dmitry "⁠sh1ro⁠" Sokolov and company will undoubtedly aim to replicate their impressive performances at last year's Stockholm Major, where they placed 3rd-4th overall.

Unlike most teams competing at the Major, Heroic have fielded the same lineup for over a year, spearheaded by their in-game leader Casper "⁠cadiaN⁠" Møller. They finished the RMR undefeated, with a reverse sweep victory over Natus Vincere granting them a Legends Stage spot being the highlight of their campaign. Heroic placed 3rd-4th at the Major in Stockholm

Heroic have also performed remarkably well on Overpass, Nuke, Inferno, and Vertigo in the last three months, garnering win rates of 83% and above. A wide map pool will certainly do wonders for the team's confidence heading into their matches in the Legends Stage, as they aim for another strong Major finish.

FURIA come into the Major as the Americas' highest-ranked team, sitting at seventh in the world rankings. The Brazilian side have delivered exceptional results at recent tournaments, picking up a 3rd-4th place finish at ESL Pro League and a pristine 3-0 record at the Americas RMR. Read more
Could FURIA be dark horses at Antwerp?

On top of their convincing results as a team, standout players Yuri "⁠yuurih⁠" Santos and Kaike "⁠KSCERATO⁠" Cerato constantly deliver match after match, both putting up team-high ratings of 1.19, giving the Brazilians the edge over their opponents. Behind their recent success and solid individual output, FURIA should not be taken lightly.

NIP begin their Major campaign in the Legends stage following a strong 3-1 record at the RMR. It'll be worth noting, however, that star AWPer Nicolai "⁠device⁠" Reedtz is still on a hiatus, with fellow Dane Patrick "⁠es3tag⁠" Hansen having recently picked up the sniping duties for the time being. Read more
Brollan: "I feel like this is my home, playing with Swedes again"

Despite uncertainty regarding their AWPing role, the team as a whole have experienced a resurgence leading up to the Major after the addition of former fnatic rifler Ludvig "⁠Brollan⁠" Brolin to the starting lineup. If the RMR is anything to go by, then one should definitely expect NIP to stay competitive against anyone. One of the teams to watch heading into the Legends stage are Copenhagen Flames, who recently showed the world what they're capable of after topping their RMR event by defeating Sprout, SINNERS, and remarkably NIP without dropping a map.

If their 2-0 match against Hampus "⁠hampus⁠" Poser and company is a taste of what's yet to come, then Copenhagen Flames could definitely prove to be a challenge to even the likes of FaZe and Natus Vincere. While they're not exactly favorites to make it to the playoffs, their dynamic playstyle might just be enough to shock everyone at the Major.

The German squad BIG are the lowest-ranked team qualified as Legends, yet have proven their capacity to go toe-to-toe with even the world's best. Johannes "⁠tabseN⁠" Wodarz's crew denied FaZe a flawless RMR by sweeping their 2-0 pool series and earning their Legends stage berth.

Just weeks before their first series at the Major, BIG also announced that their former player Fatih "⁠gob b⁠" Dayik will be returning to the German organization as a coach, which will undoubtedly boost their chances of success through his veteran leadership. Will the signing prove to be a game-changer for the Germans? mcs#
Well, they were kinda bad during RMR and during challengers won only teams which didnt make it to the major (coL, ast and close match vs forze). I think they're overrated more than underrated now.
2022-05-13 19:33
3 replies
#53

FlashBaguette
I am pretty sure because of the war in Ukraine Navi could not focus 100% on the game. Also they mostly trained individually with mostly just few days bootcamp. Plus Navi got eliminated by Faze who won EPL. The other side of playoff bracket was dead. Also for RMR Navi did not have much time to practice since it was just after EPL. Now, with at least 2 weeks of time between the RMR A and Major Legend stage, hopefully they found time to practice a lot. If they did, then they are scary like previous Major. Let's see their performance during Legend stage
2022-05-13 19:13
1 reply
#50
f0rest | 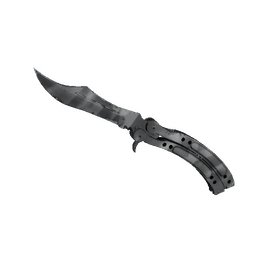