roeJ: "Our real test will be now, going into the best-of-threes"

The Dane discussed the happenings in Flames after he and his teammates went 2-0 in the opening day at the Antwerp Major, including an inside view of the team's failure to transfer to a bigger organization after the Stockholm Major.

Copenhagen Flames had a dream start at the PGL Major in Antwerp, going 2-0 in their opening best-of-one matches against Bad News Eagles and ENCE, beating both teams on Ancient. This now puts the Danes, who came straight into the Major's Legends Stage after a first place finish in the B group of the European RMR, just one best-of-three away from qualifying for the tournament's playoffs. Copenhagen Flames' 28-year-old rifler, Fredrik "⁠roeJ⁠" Jørgensen, took some time after his opening day matches to discuss the team's good start on LAN in Antwerp, how they did it and where the two early victories leave him and his teammates, as well as giving some insight into the hardships that come with playing on the biggest stage for a smaller organization.

You came straight to the Legends stage and played two teams that had already been warming up in the Challengers stage, and went 2-0 regardless. How was jumping straight into it?

I didn't think about that at all, coming in later than the other guys. I've seen it somewhere, people writing about it and of course it can have an effect, but I just think that we focused on going into the best-of-ones. I don't know why, but it seems like we never lose best-of-ones, I think that on LAN we have like a 13-1 in the top tier tournaments. We're so happy to play those, we thrive in it and it works for us. We were happy coming into it and I think that this format fits us very well. Our real test will be now, going into the best-of-threes, that's going to be exciting.

Will you be as strong going into the best-of-threes?

Maybe? I think it depends on what team we face. We have a clear view of our weaknesses, we have some weaknesses against specific teams so there's some teams we really don't want to meet. But we're not that scared of that many, we feel pretty confident. Jabbi and nicoodoz usually play really well on LAN and in general we play really well on LAN, somehow. I don't know why because we're a very inexperienced team. It doesn't really make sense, but we just go with it.

How is it that you're such a LAN team?

I don't know, really, it feels so weird because we have no experience. We have three young guys that have barely played any LANs. I'm not that experienced either and I'm the most experienced guy. That says a lot, so I'm not sure, actually. There's just a different feeling when we go into LAN matches. I can easily feel the difference.

There's always going to be some [nerves], but I don't think it will ever be the same as the last time against NIP
Fredrik "⁠roeJ⁠" Jørgensen

Everyone is just fully focused and it's a totally different environment. Somehow it just really fits the players on this team. Of course, we make some mistakes like all teams do because of pressure, but compared to other teams I feel like we make less mistakes in general. We're actually very calm in late rounds, as well, which benefits us a lot.

Talking a bit about pressure and making mistakes, you're now going into the qualification match. Will you be as calm and ready or do you think some nerves can come into that?

There's always going to be some [nerves], but I don't think it will ever be the same as the last time against NIP because we never had a sticker in the game which was all of the players' dreams. In that specific Major you only got stickers if you made the playoffs and the 2-2 Legends stage match was to get your sticker and get to play on stage. There was so much to play for and I don't think we'll ever feel that pressure again.

There's still some pressure now, but we're 2-0, so we're going to have at least a bit less pressure in that sense, and we also got our sticker. Of course we want to play on stage and go as far as we can, and we're pretty optimistic as well. We're just going to go in and do our best, but this helps the nerves and the pressure a bit because there's not as much on the line. We're also already happy with our performance so far and we're just going to thrive from that.

You started off against Bad News Eagles in a close game against a team that has a wild play style. How do you prepare for a team that's perhaps hard to prepare against?

We played them a bunch of times online when they were BLINK. We lost every single time, they out-skilled us individually, playing so aggressively and taking duels. We took a bit too many duels, and we lost so many of them. It's so easy to lose momentum against them if they hit their shots. Ancient was a really good map for us and we have some really good ideas of what to do against them.

We watched their demos and got some really good answers and a good plan going into the game. Even though their style might be a bit aggressive and stuff they still have tendencies and weaknesses we can exploit. I think we found those, especially on the T side, and that helped us so much. The preparation for these two games has actually been really good and Ancient as a map is really good for us because we have good answers when we see how people play.

You played another Ancient after, against ENCE, a top 3 team in the world. They came from a huge win in their opening round, but you had a great performance and took it 16-8. How did you manage to do so well?

They are playing really well right now, and again, Ancient is really good for us. They play it a bit different than the Bad News Eagles guys, but the last time we faced them I had a lot of ideas and felt like we should have had more rounds. I can easily remember what we should fix and what we should do differently and I think we did that.

We don't play on LAN all of the time, so it's hard to put yourself in a box with the great teams
Fredrik "⁠roeJ⁠" Jørgensen

ENCE kind of played the same as last time while we fixed a lot of things and talked about a lot of stuff to try and fix all of the things that didn't work. That showed today, they did the same things and we were ready for it, we had a good plan of what to do. We executed it really well, played well in the late rounds and it was just really good preparation from us, actually.

Where do you see yourselves now, stacked against the other teams in the Major?

I'm actually not sure yet. I feel like on LAN we're a completely different team, but it's hard because we don't play on LAN all of the time, so it's hard to put yourself in a box with the great teams. I see our team as being good, we can definitely upset the good teams, they have to respect us and prepare for us. They're not going to roll over us. If they make mistakes and stuff like that, we're definitely going to punish it.

Our strength is that we can make decisions on our own and not be afraid, take chances and just play the game and make individual decisions which is so important on LAN. It's so good for us because the play style we have right now fits the LAN environment really well. That's working for us right now and why we're doing so well. I think we'll be up there and people have to be afraid of us because if they hit a bad day we'll definitely punish them. Since you had that extra week after the RMR, how did you go about preparation?

We played the closed qualifier for IEM Dallas and stuff like that, which was also important, but the whole schedule was building up for the Major. We knew it was coming and it's the most important tournament in all of Counter-Strike, so we built our schedule towards that in terms of hours, what we want to practice, what maps we want to have ready.

Early on we had a really good idea of how we want to do things as a team, we made the schedule together and I think we worked really hard. Everyone also played so much, we've been grinding so hard individually as players for the past two weeks because we need to give it our everything here and show what we've got. It may be a chance we never get again. We may never make Legends again, you never know, so we just have to grab the opportunity when it arises.

Being in a smaller organization, how important is it to get a big result here to make sure players don't start getting poached? Do you think about it at all?

Yeah, of course. We're in a pretty weird situation because we've been consistently top 20 now for six months and we're still in Copenhagen Flames. They don't really have the same budget as the top tier organizations, so of course it can be difficult with the contract lengths and everything. It's kind of a messy situation, to be honest, and the players were pretty sad that the Complexity deal didn't go through because they have an ESL Pro League spot, and all of these spots, and if we would be there it would be way easier for us to stick together, right?

It's just pretty hard and most of the players think about it, they always think about the future. But every event and every match is important for every player because you have to prove yourself every time and what you're capable of. When a chance arises it's very important to play well because then you'll be a name on the list. That's something that fills all of our heads constantly because we're in a situation where we don't get that much salary and all of those kinds of things, so it's a bit weird, especially because it's been going on so long. But it is what it is. FireblazzPhoenix
When they prove it in Bo3's and definitely not against teams like Spirit. If they make a deep run into playoffs (semis, finals etc.) by beating top-tier teams in Bo3's, I'll shut my mouth and eat my words.
2022-05-15 12:05
1 reply
#46 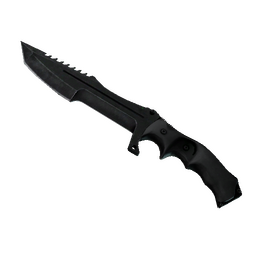