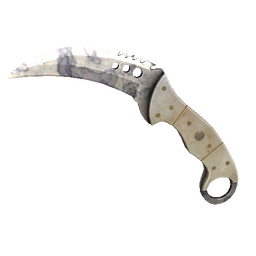 The Danish squad will go into the last day of the Swiss stage with a 2-2 record.

FaZe secured their spot in the playoffs of the PGL Major Antwerp 2022 after defeating Copenhagen Flames 2-1. The match saw the Danish squad bring Finn "⁠karrigan⁠" Andersen's men all the way to Nuke after two close affairs on Inferno (13-16) and Ancient (16-13), but it was not enough. The international squad extinguished the Flames on Nuke after a dominant 16-6 game.

Rasmus "⁠HooXi⁠" Nielsen's squad now has one more chance to reach the knockout stage of the Major, having started off with a 2-0 record with wins over Bad News Eagles and ENCE before being sent to the 2-1 pool by Spirit on Sunday. FaZe have qualified to the playoffs with a 3-1 record

The qualification match started off on FaZe's pick of Inferno, with the International squad taking the opening pistol and the early advantage. Copenhagen Flames took a few rounds to warm up, but seemed almost unbeatable once they got the ball rolling with Jakob "⁠jabbi⁠" Nygaard and HooXi locking down the B bombsite. The last push on the A site from karrigan closed the half, salvaging a 5-10 scoreline.

FaZe again came out triumphant in the second pistol, and eventually shaved the deficit to only 9-11 before the Flames began to find their rhythm on the offense, securing a 15-9 scoreline. It was at this point when Russel "⁠Twistzz⁠" Van Dulken really came alive, keeping his team afloat with multi-kills and impact frags, but it would not be enough. The Danish squad eventually took FaZe's pick 16-13 with a post-plant defense on B.

The Danish squad had the opportunity to secure the sweep on their pick of Ancient, but the weather was not in their favor as Håvard "⁠rain⁠" Nygaard dominated FaZe's CT side. The Norwegian veteran was a nightmare to deal with from the cave position, single-handled keeping Copenhagen Flames away from the A bombsite during a dominant 12-3 half for the international squad.

Despite claiming their fourth consecutive pistol round and a 14-3 lead, it took quite a while for FaZe to close the map as they struggled to crack the Danish defenses. Nico "⁠nicoodoz⁠" Tamjidi played a fantastic second half and proved to be a real thorn in the offense's side with his AWP. Robin "⁠ropz⁠" Kool and Helvijs "⁠broky⁠" Saukants eventually converted a 3v3 on the B site to edge the map 16-13.

After two relatively quiet maps, ropz came into Nuke with something to prove, taking over the server in during FaZe's offense. The Estonian superstar would push his squad to a dominant half 13-2 half, going into the break with a 17-7 K-D. Switching sides would not change the Flames' fortunes despite Rasmus "⁠Zyphon⁠" Nordfoss's heroics, and Copenhagen Flames were sent to the 2-2 pool after a 6-16 defeat on the decider. AndreaCSGO
It was a very back and fort entertaining match. Faze triple peak was devastating. Some comedic moment. Good match
2022-05-16 16:39
#43