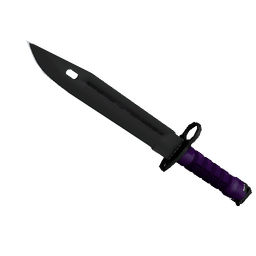 The 26-year-old in-game leader finds himself on the sidelines shortly after the conclusion of MIBR's Major run.

Confirming part of a report from Dust2.br, MIBR have moved captain and primary AWPer Adriano "⁠WOOD7⁠" Cerato to the bench, the organization announced on Wednesday. While no replacement has been revealed at this time, Dust2.br reported that academy player Breno "⁠brnz4n⁠" Poletto is expected to join as the fifth.

In a statement, strategic coach Renato "⁠nak⁠" Nakano cited the creation of a new tactical system with Bruno "⁠BIT⁠" Fukuda Lima and the team's need for a "higher impact AWP" as the primary reasons for WOOD7's removal. WOOD7 is open to transfer opportunities

WOOD7 first joined MIBR in October of 2021 as a replacement for the former in-game leader and AWPer Gustavo "⁠yel⁠" Knittel alongside Matheus "⁠Tuurtle⁠" Anhaia. Shortly after, Jhonatan "⁠JOTA⁠" Willian was also brought on following the departure of Ricardo "⁠boltz⁠" Prass to the Last Dance.

With this lineup, MIBR dominated the North American scene, easily winning ESL Challenger League North America Season 40, during which they only dropped two maps, and qualifying for the PGL Antwerp Major 3-0 from the Americas RMR.

The team's next tournaments will be ESL Challenger League Season 41 followed by the Pinnacle Cup Championship. suge
Chelo is the best player on this team (or JOTA) why would you replace him? Unfortunately the AWP is crucial in current meta and woody has consistently shown he isn't good enough against tier 1
2022-05-19 13:20
2 replies
#149

cassiongas
he is a really good IGL, but his performance is too shy as a player. He needs to have more impact as a player if he wants to be in a top team. He is just not good enough as an awper, so if you move him to just support and rifling you would still have to bench one of the other 4 guys to get an awper in the roster, and the other guys are just too good to be benched at the moment. So this move makes sense to me
2022-05-19 04:28
6 replies
#82
Ryujin |

cassiongas
something like that could work, but the other 4 are playing really well right now and they have players who have experience as IGL (like exit, for example), so I think they probably thought it would be better to remove wood7 instead. Also, not hen1 since he has just joined Godsent and is not that good right now, they should probably get some young gun like zevy or gafolo
2022-05-20 01:23
#121
MrFuckYou |

williamhsk1
SK/LG School. Due to Fallen, Brazil has this culture of having many Awpers who are IGLs. But little by little it's getting more variety... AWP is a very OP weapon to be in the hands of someone who has to worry about thinking about the opponent's game, the teammates game and his own game
2022-05-19 03:02
#63

cassiongas
I don't think that's the case. Both Exit and Chelo have been IGLs in the past, I think they will go for that again (probably Exit), and just get a good awper (there are some up and coming talents with the awp in brazil right now, but none of them are IGLs).
2022-05-19 04:30
#65

Calafrio
He’s right but awp and igl is something hard to fill in, the team will have a short term decrease in terms of results but hopefully they pick up later when the system is sorted
2022-05-19 12:04
#33

leeeocstr
step back imo, a better AWP I agree but they'll lack a good IGL for some time and I guess they don't have that time woody could increase his awping skills more likely than someone get to igl this team
2022-05-19 03:17
3 replies
#72
maLeK |

PedroBras
Great reading my ukranian friend. Mibr look solid tier 2, even with lack of Lan and europe experience, The team always shows great T side tática. Ngl Woody its far from being a great awper. Saffee, fallen, art, gafolo, nython, zevy, pretty much all of them are better.
2022-05-19 05:17
1 reply
#167
s1mple |

sh1ro_clutch_minister
if you dont think this is a good move, youre just plain stupid he didnt even average a 0.6kpr, that is unacceptable for any awper, doesnt matter if hes igl or not, hes not individually capable
2022-05-19 14:14
4 replies
#139

VelgenBelgenberg
so fuck all the success they've had had up until this point, throw it all away and get a new IGL because they didnt perform well in this 1 tournament?
2022-05-19 14:22
3 replies
#140

sh1ro_clutch_minister
why not? they have capable riflers, but an incapable awper. you think they want to be fine with mid-place in t2 events? every team wants to be the best, and they know they will never be the best brazilian team with wood7
2022-05-19 14:23
2 replies
#142

VelgenBelgenberg
"With this lineup, MIBR dominated the North American scene, easily winning ESL Challenger League North America Season 40, during which they only dropped two maps, and qualifying for the PGL Antwerp Major 3-0 from the Americas RMR. " seems like the complete opposite to me, they looked greate going into the Major, couldnt reach playoffs, instead of continuing to work they just replaced one of their most instrumental pieces. Im not saying its a horrible move, im just saying they wont be at the same level for a while. You seem to disagree and thats fine
2022-05-19 14:29
1 reply
#145

sh1ro_clutch_minister
oh no, i agree with them being off this level for a bit, but if they think that wood7 was the one key piece holding them back, i think its an amazing move to make right now. if they can only be a top3 in SA with wood7 at best, im sure they can get much better with a capable awper and a different igl
2022-05-19 14:34
#147
fer |

emr111
Idk about chelo’s inconsistency but I know that he yells a lot and it kinda works against teams like Eternal Fire which can easily get tilted and cannot hype if they’re tilted. But of course, it would not work on Tier-1
2022-05-19 22:12
#148