B1ad3: "If you want to win the second Major in a row, you need to beat all the best teams"

The NAVI captain shared his thoughts on the match against Heroic after his team advanced to the semi-final.

Natus Vincere have continued their run to a second consecutive Major title after entering PGL Major Antwerp's Legends Stage in strong form, topping the Swiss group stage with a 3-0 record to be one of the first teams through to the playoffs, where they secured a 2-1 win over Heroic in the quarter-final.

The match kicked off on Heroic's pick of Inferno, one which saw Natus Vincere end up starting the series on the back foot after some chaotic rounds, including a pair of 1vs2 clutches from René "⁠TeSeS⁠" Madsen and Casper "⁠cadiaN⁠" Møller which ultimately helped Heroic take things over the line.

"When you play such a strong team as Heroic, it's always about mistakes and who will try to minimize them," Andrey "⁠B1ad3⁠" Gorodenskiy explained to HLTV.org after the match. "On Inferno we didn't show the best that we could." Those mistakes were less present on Ancient, despite an extremely close scoreline, an enthralling affair that went the distance before Aleksandr "⁠s1mple⁠" Kostyliev and company ran away with the Nuke decider, coming in prepared after Heroic had previously beaten them at the European RMR.

As they now look toward their semi-final match against ENCE on Saturday at 20:00 , B1ad3 says that NAVI won't be preparing any differently, but that their fiercest competition at the Major are FaZe and ENCE — two teams he expects to need to beat to secure NAVI their second Major title.

"If you want to win the second Major in a row, you need to beat all the best teams, and I think FaZe and ENCE are the two best teams in this event at the moment, except us."

lua_
Nah, NaVi played bad, but even then was able to comeback. We've seen that before. If NaVi can play bad, without s1mple and still win, it says a lot more about them, than their opponents. No team in the world can beat them if all players are having a good game and that can happen any time.
2022-05-21 01:34
15 replies
#42

lua_
I don't see s1mple playing like a normal player for too long either and THAT is a fact. That's what you don't understand. NaVi is winning while s1mple is just being pedestrian. He will step up at one point. Last major was the same thing and he woke up. If that happens, ENCE has absolutely no chance at beating NaVi.
2022-05-21 02:29
4 replies
#58

lua_
Exactly, which is something we rarely see from him and that's why saying ENCE can easily beat them is stupid. S1mple is the most consistent player we've ever seen in the top 5. He won't keep having these bad games for too long.
2022-05-21 04:19
#71

P1^t0N
s1mple over thinking so he died many rounds & heroic prepared for s1mple But, s1mple is best at crucial rounds e.g. refresh was flanking CT on ancient & s1mple killed him no scope if s1mple died NAVI lose that round and after that economy broken so NAVI would have lose that map and series as well. See s1mple interview after match. He told he need to step up & not over thinking about opponents' strats bcoz he thinks heroic played normal & s1mple gave them chance due to his overthinking.
2022-05-21 10:27
#47

lua_
I think FaZe can win if NaVi makes tons of mistakes and s1mple and electronic or b1t don't show up. The thing is that all of them showed up last game. But who knows, anything can happen. If the rumors are true that this roster will break up, I bet they want to win this major even more than the last one, since they're basically going to be forced to split up.
2022-05-22 20:00
#38

Umeroff
Agreed. Major run should be all about beating the best teams in the hardest bracket. We did it last time. Had the toughest bracket and we prevailed. We will do it again this time! OUR MAJOR! OUR ERA! DAVAYE NAVI!!
2022-05-21 00:29
14 replies
#28

Umeroff
No it wasn't. It was a very competitive major. It was probably the most prestigious major in the history of CSGO.. Renaissance of CSGO, if you say.. LAN CS returning after so long.. COVID.. and all that.. and then Na`Vi and the great 1 destroyed everyone enroute to his first major which everybody (even his haters) celebrated.. Only in terms of production value (for the first few days) it was horrible but nonetheless come the final game, everything was okay.. and we beat a godlike NiKo to win our major..
2022-05-21 00:59
12 replies
#33

Umeroff
It was a 'weak ass major' because Na`Vi made other teams look like faceit level 5s and 6s. It wasn't until NiKo went god mode that a team was able to match Na`Vi's prowess.. even then Na`VI & their big game player (Papatronic) had enough left in the tank to pull off the miracle comeback. Astralis won two major finals vs tier2 teams, wtff u on about lol?
2022-05-21 07:20
4 replies
#70

V1kingGod
I understand that you are not in balance mentally. Your opinion about this is just delusional and wrong and I bet your already know it but you write these strange things anyway.
2022-05-21 11:41
2 replies
#92

V1kingGod
yeah a bit, Vitality and NIP for example but there are lots of really good teams now. Last major G2 made the final and now they got better players but did not even make it to legends. So the last major was really bad in terms of good competition
2022-05-22 04:35
#88

Human5003
Whether NaVi or Ence win, it doesnt matter; its going to be a great match. Spinx & Dycha are the two players that can turn the game along with the calling of Snappi; but i do think NaVi is more balanced and have a higher skill ceiling. I am a NaVi fan so definitely routing for them, but i like Ence too specially spinx being really explosive.
2022-05-21 08:29
#76 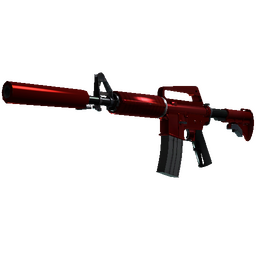