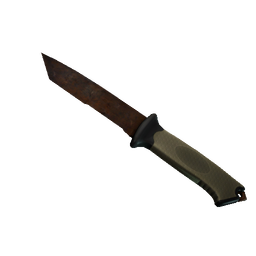 The group brackets, along with the opening matchups, have now been announced.

A grudge match pitting Astralis against Vitality and a Brazilian derby between Imperial and FURIA headline the opening matches of IEM Dallas, it was today announced via the IEM Twitter page.

The event, taking place in Dallas, Texas features 16 teams battling it out for the lion's share of a $250,000 prize pool, and will throw the teams into a double elimination group stage before a single elimination playoff bracket, all topped off with a best-of-five grand final. FaZe will be heavy favourites to take the trophy in Dallas

Eight of the top ten teams will be in attendance, along with a range of fan-favourite names, with the action kicking off on Monday May 30.

FaZe will inevitably come into the event as heavy favourites, having won the three big LAN events so far this year, however the meteoric rise of ENCE will likely put them in the conversation, with teams like Cloud9, G2 and Heroic seeking to improve on recent middling form.

The opening matches are as follows:

The full bracket can be found on the HLTV event page.

Vinicius 'VINI' Figueiredo
Time is adjusted to your selected timezone

(exactly)
Because #1 seed always gets the weakest? That is specifically how tournaments are set up. It is not an accident. It is very much on purpose and how all tournaments should work.
2022-05-23 20:06
3 replies
#165

Drooid_Olof_FeelsBadMan
True you wouldn't want to see FaZe and G2 face off in the opening match up, that would be ridiculous. Most tournaments are set up specifically for the purpose of getting to see the two strongest teams play each other as late as possible
2022-05-23 22:31
#195

AndrewRobinson1
C9 for sure but rather see FaZe, G2, Vitality, Astralis, and ENCE. Looking again they're pretty equal but I think just seeing FaZe got me hyped for A, and Complexity just lowers B for me, at least there's fun content with LFO
2022-05-23 20:13
#13

DelusionalMIBR_IS_OVERRATEDFan
+1 and they wont make it to playoffs esl rigged the event to put all American teams in b group to have easier time
2022-05-23 18:11
6 replies
#38

Scalpelexis
I would say otherwise: They have bigger chance of one make it out there than being split against the EU competition.
2022-05-23 18:20
#49
GuardiaN |

ZeZeGusT
This combination does not match, I think if it were for the ESL Ranking and the importance of the regions would be IMP x ENCE and FUR x COL/BIG or RID
2022-05-23 18:30
#35

KnightofStJohn
Yeah who wants CS matches. First 4 maps should be rock paper scissors between IGLs and then they play a map as the tie breaker if necessary.
2022-05-23 18:34
#60

thndg1
Are you changing your argument? We talking about major placements or HLTV ranking? Even still group A better HLTV ranked teams than group B
2022-05-23 18:56
#159

VeryDisgustingGuy
Always putting BR team to battle agaisnt each other. Are this guys scared of Brazillian Storm?
2022-05-23 18:40
7 replies
#79

VeryDisgustingGuy
No one said that. But the truth is ESL always put BR teams to battle against each other in the opening matches.
2022-05-24 17:43
#88

Daddy_Ropz
cloud9 roster can go to major but not navi? when cloud9 players were connected to russia and navi isn't? navi is splitting up, its not because of visa, its because navi are embarrassed and want to change roster. I'm willing to bet they are begging g2 for m0nesy right now.
2022-05-23 19:03
#103

memyselfandI
Plz introduce rolling match starts for bo1's soon. 30 minutes approx between starts is a good idea, seen from the viewer standpoint, and viewers are the reason this industry exists.
2022-05-23 19:38
#126
sergej |

brenomt
Really looking forward to watch the match between the two top brazilian teams, especially because of vini facing his old team.
2022-05-23 19:46
1 reply
#218

SurpriZe
MOUZ again won't advance to playoffs SADGE But in a group with Astralis, Movistar Riders and LFO nobody else has a chance to move on to the playoffs, especially LFO too STRONK
2022-05-24 07:19
#204