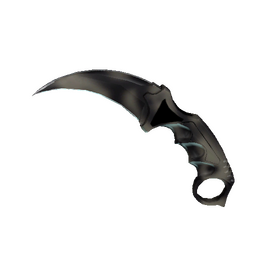 Snax to step in for Spinx at IEM Dallas

The 21-year-old Israeli will have to cheer his team on from the sidelines.

Due to visa restrictions, Lotan "⁠Spinx⁠" Giladi will not be able to travel with his team to IEM Dallas, as announced by ENCE's official Twitter account.

Taking his place for the $250,000 tournament to be held in Dallas is Janusz "⁠Snax⁠" Pogorzelski, a member of the legendary 'Virtus Plow' lineup fielded by Virtus.pro, who has recently been playing in smaller tournaments under various banners such as Fantastyczna Piatka, MONKE, and Anonymo for the past year. How far will ENCE go with Snax?

Coming into Dallas, ENCE will be looking to build on an already impressive start to 2022, with a 3rd-4th place finish at the recently-concluded PGL Major Antwerp, along with attaining 2nd at ESL Pro League Season 15,

ENCE's lineup for IEM Dallas is as follows: Astoner55
He's not gonna come back permanently, he missed his chance to reinvent himself as a player and adjust to the new meta. But he might have a one-hit-wonder tournament with a few lifegames, because if a chance to play a tier1 tournament after all those years won't motivate him enough to do everything he can to win, then nothing can.
2022-05-24 11:58
4 replies
#75

Astoner55
Exactly. He was always good even under extreme pressure, so now when there are no expectations he might go nuclear. Nothing to lose, everything to gain. If that doesn't motivate him - I don't know what will :D
2022-05-24 11:59
2 replies
#207

JUNG13
My friend! If the truth be told, last time snax played big LAN event(in 2018) he averaged like 0.69 rating across the tournament and was the worst mouz player even behind chrisJ... Also missed some crucial ez shots If I had to take a wild guess, he developed a habit for heavy pot and it really messed up his way of CS... Let's just hope he gets the right medication in Boston ;) good luck Yanusz
2022-05-24 15:25
1 reply
#223
dycha |

RetardedCat
maybe he is their friend and they decided to go with him over more actual player who they dont know, just guessing
2022-05-24 12:36
#62

aroyque
You still need to get a visa because Israel refuses to provide the US government with it's criminal record database Spinx most likely never filed a US visa before, because once you get one you get it for 10 years and renewing it is very simple
2022-05-24 18:54
#92

|TheDarkKnight|
One of the most clutch players subbing in for one of the most aggressive entries, this will be interesting, snappi will have to do what karrigan did in Katowice.
2022-05-24 12:56
2 replies
#155

Kaygo
It's worth to add that Snax is currently looking for a new (maybe last dance) team, being able to play in Dallas is a huge opportunity for him to show he is still a beast and maybe some huge organizations will want to take him under their wings!
2022-05-24 13:49
#166

Snaddehat
Just stop doing tournaments in the U.S. Every single time there are players denied entry because of paranoid legislation, and it undermines competitive integrity for the tournaments in question. How could you as a player even enjoy a tournament victory when half of the teams have to play with subs?
2022-05-24 13:55
1 reply
#185

BMurr
Huge opportunity for Snax to make a comeback if he shows good form here, I know hes been dealing with motivational problems and well as sleeping problems. Not too long ago he tweeted that he is ready to go international again and is looking for offers, so if he proves himself here it could be big for him as the post-major shuffle will also step in
2022-05-24 15:02
4 replies
#204

DanishDelight
Why dont you cheer for polish players? Snax is a legend and the one from the old plow team that was able to continue for the longest
2022-05-24 17:44
2 replies
#258