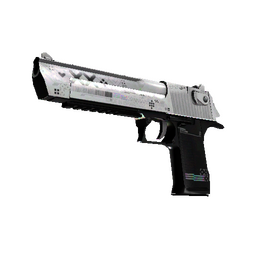 The 29-year-old is now open to exploring new opportunities in the market.

Australian In-game leader Aaron "⁠AZR⁠" Ward is now a free agent after finding a mutual agreement with EXTREMUM for the termination of his contract, the player announced on Twitter. This marks the end of the 29-year-old's seven months stint on the bench of the Russian organization following their decision to shift the entire roster in October 2021.

Sean "⁠Gratisfaction⁠" Kaiwai is now the last remaining member of the roster on the organization's book, with everyone else being acquired by different teams or leaving by mutual consent. Another player has joined the post-Major shuffle

EXTREMUM announced their original roster in January of 2021 after acquiring the core that had previously represented Renegades and 100 Thieves, with the addition of Hansel "⁠BnTeT⁠" Ferdinand. The team failed to get going, having amonths of mediocre results which culminated in their failure to qualify for the PGL Major Stockholm 2021, and the team being benched and transfer-listed.

"As of today and finding a mutual agreement with EXTREMUM, I am now officially a free agent," announced the Australian on Twitter. "My competitive spirit is still at a very high level and I am more hungry than ever to lead a team as IGL to reach new heights," he added. 12inchNRG
Yeah as if OG have the type of money for that roster move. People keep talking about OG making these big acquisitions of elite players like the team has G2, C9 or Liquid money. OG is a grassroots org, they aren't getting yekindar as a big org can offer him 5 times as much money.
2022-05-24 13:59
15 replies
#80
syrsoN |

12inchNRG
Lol i figured youd say that. That's nothing and those are personal winnings.. maybe the OG org gets 10% of those winnings so like $5 or $6million which is fuck all. c9, g2 and liquid are literally worth 100 times more. Other big teams like Complexity are backed by billionaires. OG don't have any big VCs backing them. Out of the tier 1 CS orgs OG and Ence are by far the poorest, they can't compete for salaries with other orgs they need to build teams with up and coming talent or experienced players who aren't as expensive. There is no chance that OG can even remotely compete for a free agent like Yekindar, he is the biggest free agent right now and will have serious offers from probably every wealthy team.
2022-05-24 18:41
7 replies
#135
swag |

Porgos
Yes because you have NA orgs like faze, c9 or liquid, doesn't mean that Yekindar would join some of them, he would probably take a cut to join a promising project maybe on fnatic or whatever team, but built around him not an already established team I will prove to you why -Faze literally has the best roster possible they won't change players for at least 1-2 years, or untill rain/karrigan retires -navi is a good option but do they want to pay Russian orgs? Idk -g2 looking shaky rn, they are literally either finalists or don't make playoffs at all -vitality that team is a dumpster fire it needs a complete revamp but won't happen since most of the players got new contracts and apex and misutaa still have something like half a year left, but if they commit they can make a good roster which is unlikely for the moment since they just made new roster changes like 5 months ago, maybe by the end of the year -c9 is literally finished and doesn't have a spot for him -interz +Yekindar is so dumb since there will be role clashes with ax1le and Yekindar doesn't want to be a support player -liquid needs to drop everyone except NAF and completely rebuild, but won't do it as long as EliGE is there since he is the one who brought back nitro and is the player that needs to be replaced imo the most alongside shox also there will be role clashes and he will probably end up like twistzz, in a bad environment wasting his prime playing support for a t1.5 na team -NIP they still do Swedish rosters even if they could afford something way stronger if they shifted to international -fnatic tbh I wish they would just go back to Swedish, or Danish, their international teams are horrid, if not they could probably afford him and are a good alternative if they build a decent team and not something like they used to have -coL I don't think I need to say anything about this team -mouz never pays for buyouts (similar to astralis) but gives great salaries to keep their players. That's all the big CS orgs that could buy him other than Navi or Vitality I don't think he should join any other, unless some team like fnatic or a completely new org like TSM or 100T or T1 offer him a huge salary and a chance to build a team around himself.
2022-05-24 19:02
6 replies
#169
Petra |

Porgos
Yes, the person above mentioned they are grassroot org which they aren't, never said they are the richest org but they aren't broke and that's a fact
2022-05-26 12:19
#96

expertmen
yeah, and also that lineup would have a good balance between hungry youngsters that finally could show their potential and experienced players
2022-05-24 18:18
#143
RichiGod |

PingersAU
Despite being a massive fan of Swedish CS and FNATIC being my favourite org over the years only for the roster to go to shit... The potential FNATIC: + AZR IGL + jks Rifle + Gratisfaction AWP The thought of that really gets me going... Yeah the boys!
2022-05-25 15:06
#168
NiKo |