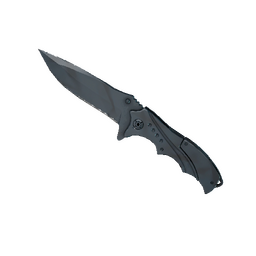 Andrey "⁠Jerry⁠" Mekhryakov's team will have the chance to play among top-tier competition in late June.

forZe have been invited to compete at the $250,000 Roobet Cup 2022 after GODSENT decided to withdraw their participation, HLTV.org has learned.

No official reason for the replacement was given by the organizers, but the substitution comes just two days after a report was released indicating that 00NATION is interested in signing the majority of the GODSENT roster around Epitacio "⁠TACO⁠" de Melo. GODSENT withdrew amidst reports of 00NATION's interest in the team

Currently ranked 20th in the HLTV.org world ranking, forZe will be among the lowest positioned teams at the event, with eight out of the current top 15 teams set to participate, including the likes of FaZe, ENCE, and Cloud9.

The tournament will be played online and start with a GSL group stage, from where eight teams will advance to a single-elimination bracket. With the event starting in a little over two weeks, the group distribution and opening matchups are yet to be revealed.

Below is an updated team list for the Roobet Cup, taking place on June 22-30: Cveta
Wdym “ok csgo disgusting” it’s not like csgo and everything csgo related are responsible lmao. Also betting sites has hosted many smaller tournaments for many years and been the main sponsors of tier 1 events for even longer.
2022-06-04 18:33
4 replies
#61

AlphaSwede
I mean the teams that accepting this is disgusting. And no, all those other sites haven't even been close to wanting kids to gamble as roobet Or you have seen some streamer spinning 1000 euro spins on Pinnacle for an example?
2022-06-04 18:35
3 replies
#68
KRIMZ |

Cveta
True, shame to the teams participating except faze clan because I didn’t expect anything better from them anyways.
2022-06-04 19:00
2 replies
#69

AlphaSwede
Ye i kinda understand betting and CSGO is very connected and cs kinda lives off bettingsites but roobet, Stake etc are very shady since you don't even need documents(KYC) to gamble/play casino, i know for sure since i gambled on Gamdom for ages even when i was far away from legal age. It's really easy In matchthread comments you can easily spot kids with addiction, it's sad
2022-06-04 19:07
1 reply
#74
KRIMZ |

Cveta
Yeah dude lost 2k kr myself while I was 15 on csgoempire and parents never even noticed because I could do it via my csgo inventory. Idc if the sites are “shady” or “transparent” they are all at its core the same evil practice licensed or not.
2022-06-04 19:17
#16

MrLucas
damn I would like to see them palying at least 1 S tier tournament with Hen1, but RIP I guess, with that said, I do think there is world where cold playing once again with Taco, without the need to be the IGL, and hopefully assuming the roles he used to have back in the SK/LG days, he can get back to his prime form (or at least something to close to it)
2022-06-04 17:36
#48

CYETA
they are definitely not nonamers, they are mostly a casino who also have a bookie, kinda like Stake, bitcasino, Rollbit (who are owned by the same guy who owns rooobet), etc. They are huge and very popular sites. But I wouldnt recommend using rollbit and roobet since both of them are known for scamming highrollers
2022-06-04 19:16
2 replies
#77