Despite losing in the grand final, the Astralis member earns his first MVP award after putting up an impressive showing throughout the tournament.

Benjamin "⁠blameF⁠" Bremer has been named the Most Valuable Player of Pinnacle Cup Championship by HLTV x Bitskins.com, ending the event as its highest-rated player with a 1.41 rating over eight maps played.

The award is a bittersweet ending to the tournament in Lund for the Dane as Astralis were felled by Heroic in the grand final, the only time that the 25-year-old had a negative map during the event with a 0.85 rating on Ancient. Other than that outlier, blameF was a consistent force for Astralis in their run, starting things off with a tournament-high 2.06 rating against EG.PA and carrying that form into matches against higher-tier opposition, performing exceptionally well in series play against Imperial (1.46 rating) and BIG (1.44 rating) to earn Astralis a spot in the grand final.

The award is blameF's first time earning an MVP medal after previously finishing a number of tournaments among the list of Exceptionally Valuable Players (EVPs).

nosacik
Lurk. Lurkers are players who focus on stealth and outmaneuvering the enemy team. Players who lurk are constantly trying to surprise the enemy and achieve easy kills on isolated players. Lurkers will often sit on the opposite bomb site that their team is executing and eliminate rotating players. dont speak pls
2022-06-12 19:31
#155

Ansi
openings on pistol rounds and eco's yeah. on rifle rounds this guy is absent. if its not obvious to you yet that Astralis only play for his HLTV Rating 2.0, better watch the demos again. Literally every play that Astralis make is to enable his rating. Enjoy BlameF's +30, while the rest sits at -10.
2022-06-11 23:09
6 replies
#28
s1mple |

1nsaneMe
I mean their entry core is not creating any space. Farlig is underwhelming as an awper. That leaves xyp and blamef. I dont know who in their right mind in Astralis is managing this team coz they are atrocious. BlameF needs a guy like yekindar instead of overrated konfig.
2022-06-11 23:11
5 replies
#30
mhL |

1nsaneMe
I read all of ur comments on that thread. I partially agree. But i still think blameF does a far better job in his role compared to glaive had ever done and ever will. They need to get rid off xyp, farlig, and konfig. And see if glaive and blame can play together. If they cant. Then the org has 2 options, 1. Either make a team around ur igl glaive. 2. Or make a team around ur star player blameF. I would personally go with glaive as he has proven more in past what he can do as an igl. However, blameF's performance cant be overlooked. He does make really smart in-game decisions. You should watch his demos more.
2022-06-11 23:18
3 replies
#40
mhL |

delutional_hallzerk_fan
blameF needs to be xyps replacement, and astralis need a balanced rifler that will be agressive or passive depending on what konfig and glave are doing like magisk used to be. Its easyer for blameF to play xyps roles since he allready likes being passive and clutch. he just needs to work on his support plays.
2022-06-12 02:46
1 reply
#140

Umeroff
He's a good player no hate on him but the MVP must always go to the side that wins the tournament.. as the most value comes from winning a tournament not getting X amount of kills/stats.
2022-06-11 23:18
6 replies
#44
f0rest |

Jonty04l32
Only grand-finalists are in contention for the MVP award, there is no rule claiming that the winners only can claim it, though that obviously helps toward the overall merit.
2022-06-11 23:50
#38

nosacik
Lurk. Lurkers are players who focus on stealth and outmaneuvering the enemy team. Players who lurk are constantly trying to surprise the enemy and achieve easy kills on isolated players. Lurkers will often sit on the opposite bomb site that their team is executing and eliminate rotating players. please dont speak
2022-06-12 19:35
#46

Ukraine_Blademaster
Calling a guy with highest ADR, opening kill rating and Impact baitor is the most ridiculous thing I’ve ever seen even on this website with full of 12 year old kids
2022-06-11 23:42
17 replies
#55

Jonty04l32
It's mostly just a meme now because BlameF utilised bait a lot when he was IGL'ing Complexity. Now, his skill is amazing and despite the claims of being a baiter, they were always exaggerated by haters.
2022-06-11 23:46
#61

williamhsk1
Not even Coldzera, who won 2 Majors, 2 MVP of the 2 Majors he won, 2x best in the world, and more than 10 trophies at Lan and succeeded his career, escaped being called a baiter by haters because he played on a game system created for him, imagine Blamef
2022-06-11 23:54
13 replies
#73

Voxdalian
Picking a losing player is fine if he performed well in the finals, but he didn't. Only TeSeS or Stavn would have been good options for the MVP, Stavn for performing well throughout the tournament, or TeSeS for ripping up the finals, and also being a top 8 player at the entire event. BlameF is usually an amazing player, but he didn't deserve an MVP imo.
2022-06-12 00:07
2 replies
#70

OttoRocks
Astralis dropped pinnacle as a sponsor, cos their shit is shady. Also most valuable player does not mean the best, dude just grinded money for gambling site. MVP: BetF
2022-06-12 01:56
#94

kennyvenom
A fine CT player who isn’t being used correctly as T. If he’s going to be a lurker then astralis need better space makers or entry fraggers. If they can’t get rid of Xyp or farlig then someone needs to stop trying to lurk.
2022-06-12 10:47
2 replies
#122

kennyvenom
Also I find it frustrating watching k0nfig who is a great entry fragger, dying alone with no trade. It’s like his sole job is to find a frag to make space but with nobody there to trade him he’s wasted if he dies and it’s round over.
2022-06-12 10:54
1 reply
#125 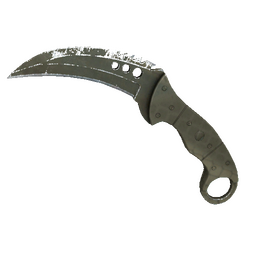