An action packed day at IEM Cologne continues with three more opening round games in the play-in coming to an end.

The second batch of the opening best-of-one games at IEM Cologne's play-in stage has concluded, with the most interesting result being 00NATION unexpectedly getting an upset over Astralis with the young trio of the Brazilian roster all providing formidable individual performances.

Hometown favorites BIG, with Nils "⁠k1to⁠" Gruhne in place of Josef "⁠faveN⁠" Baumann due to illness, took out the Australians of ORDER without breaking a sweat. Imperial's struggles continued, as they recorded another loss, their seventh in a row, against the new-look Outsiders.

BIG and Outsiders will now be facing off against each other for a spot at the main event, while 00NATION will lock horns with Spirit with the same goal. The lower bracket will have ORDER against Imperial, while the Danes of Astralis will hope to get their tournament back on track in their match against the struggling Complexity. The TACO-coldzera reunion is starting to show promise

In what was one of the rare upsets in the first round, 00NATION beat Astralis in a blow-out Mirage game. Santino "⁠try⁠" Rigal, whose position on this roster was a question mark all throughout the transfer saga, was the top performer of the team collecting a 1.89 rating. He was closely followed by the two other young guns of the team, Bruno "⁠latto⁠" Rebelatto and Eduardo "⁠dumau⁠" Wolkmer.

BIG, fresh off their Roobet Cup victory last week, started off their home event campaign with a dominant victory over ORDER on Nuke. They posted 12 rounds on their CT side and didn't really break a sweat on the T side, getting the rounds required to move them one series win away from the group stage. Florian "⁠syrsoN⁠" Rische continued his good form from the recent online event, where he collected the MVP award, racking up 22 kills.

Outsiders, recent finalists of Dreamhack Challenges Valencia, opened their tournament with a commanding win over the Brazilian veterans of Imperial. They posted a ten round streak on their defensive side, which put them in pole position to move on to the upper bracket final, and they looked even better on their T side. Dzhami "⁠Jame⁠" Ali died just six times throughout the game, with his AWP proving crucial to the success of his team. imixiu
+1 he is better than konfig last few tournaments. konfig needs to go. xyp is decent in his role, konfig had to be star player next to blame, but he is so bad. Imagine that if your team has only two good players but really good, but one of them doesnt workin.. G2 has niko hunter monesy, navi has simple bit electronic, c9 has axile shiro hobbit. Astralis got only blamef cause konfig doesnt workin since end of 2021, his overall rating is fake, cause he farmed kills vs teams like encore or other shit
2022-07-05 19:48
#54 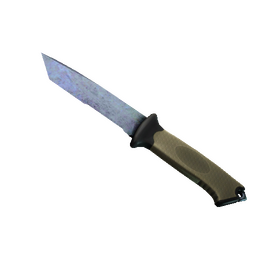